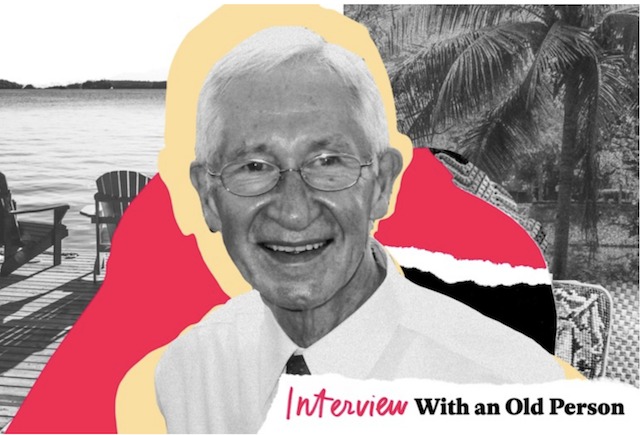 "The greatest thing I've ever did was marry [my wife]," 82-year-old Gary Goodson told slate.com while reflecting on questions about his life so far.

Goodson, an Idaho Falls, Idaho, resident, was featured on slate.com in their series Interview with an Old Person—where those 80 years old and older relate memories and advice they would give to others.

Though the interview involved questions like what was his earliest memory and who was the first person he ever voted for, Goodson's answers often reflected his LDS faith, like when he shared the one thing he does every day is read the Book of Mormon.

"It’s divided into books, just like the Bible," Goodson told slate.com. "The first book is First Nephi, written by an ancient prophet who was born in Jerusalem who moved to America, and that story is pretty easy to follow, even for an 8-year-old. But you get into the Second Nephi—that gets into the heavy doctrine, and I could never make it all the way through, so I’d end up starting over again. I don’t know how many times I’ve read First Nephi."

Goodson also shared his testimony of eternal marriage while talking about the happiest day of his life—his wedding day.

"We believe in marriage not just for this life, but for the next life," Goodson told slate.com, adding that, in the temple, there is no "till death do us part." "It’s 'for time and all eternity,'" he says.

But Goodson isn't the only Mormon to share his testimony with a national news outlet. Before her father passed away in 2017, America's Got Talent contestant Evie Clair shared her testimony of the plan of salvation with Parade. "We know that is all part of a bigger plan and everything is going to be all right,” Clair told the magazine about her father, who was hospitalized with stage 4 colon cancer at the time.

► You'll also like: "In 'Parade' LDS Teen on 'America's Got Talent' Shares Testimony, How She Would Use the $1 Mill Prize"

Even after her father passed away, Clair also shared her testimony of eternal families through her Instagram and Facebook accounts, sharing her hope for the future with her simple message: "Families are Forever."

► You'll also like: "The Unforgettable Ways Evie Clair Has Shared Her Faith on 'America's Got Talent'"