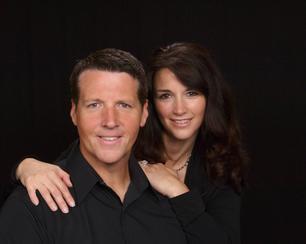 Linking long-lost loved ones, let alone loved ones who have never even seen each other before, isn’t always an easy task.

Ask Troy Dunn. After all, the guy did it — on television — to support a family for five years. But this former bishop from Florida isn't yet done with the family-based television business.

Since searching through old files in a shoebox that indicated traces of his mother's own parents, Dunn, who until earlier this year presided over the Lehigh Acres ward of the Ft. Myers, Fla. stake, has been an advocate of linking family. That passion of uniting others with ties long since severed parlayed into a show that became WE TV’s historically most-watched after a better-known network, A&E, had passed on it at the last minute — a decision that some of the network’s executives said was the “biggest mistake of their career” after they saw the show’s premiere episode be the most-viewed in the history of WE TV.