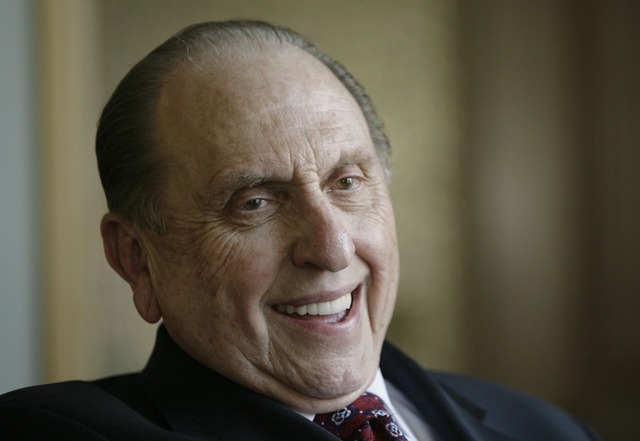 Over the past week, The New York Times received criticism over its coverage of President Thomas S. Monson's death on social media and from other media outlets.

The tweet announcing our prophet's death read: "Thomas Monson, the president of the Mormon church who rebuffed demands to ordain women as priests and refused to alter church opposition to same-sex marriage, died Tuesday at 90."

The Federalist noted that this announcement memorialized the LDS Church leader "less charitably than [The New York Times] did Fidel Castro, Hugh Hefner, and even Charles Manson" and highlighted that "across the rest of the media, Monson’s death was treated as a blurb, barely worthy of mention" though he led over 15 million people around the world and served for a half a century.

The New York Times' obituary of President Monson also came under scrutiny, many claiming the article glossed over the spiritual teachings, decades of service, and humanitarian work of the prophet in order to focus on recent controversy in the Church. "As a gay Mormon I can state that while President Monson’s policies were controversial to some, they do not reflect his life teachings, which focused on service and selfless love," one reader wrote.

In addition, a change.org petition garnered over 100,000 names of people asking the Times to rewrite its obituary. Under this rise of criticism, the Times obituaries editor, William McDonald, gave the following response:

"We’re not in the business of paying tribute. We’re journalists first and foremost. I think in tracing the life of a religious leader, it would almost go without saying that he or she had won the respect and admiration of those who put them in positions to lead. . . .

"I think the obituary was a faithful accounting of the more prominent issues that Mr. Monson encountered and dealt with publicly during his tenure. Some of these matters — the role of women in the church, the church’s policy toward homosexuality and same-sex marriage, and more — were widely publicized and discussed, and it’s our obligation as journalists, whether in an obituary or elsewhere, to fully air these issues from both sides. I think we did that, accurately portraying Mr. Monson’s positions as leader of the church, and those of the faithful and others who questioned church policies.

"I think we also gave due credit to Mr. Monson’s achievements: his openness to new work by scholars of the church, 'allowing them,' as we said, 'remarkable access to church records'; his expansion of the church’s global missionary force and his doubling the number of young women in the missionary ranks; and his embracing humanitarian causes, often in collaboration with Jewish, Muslim and other Christian groups.

"But I also acknowledge that many of those who found the obituary wanting feel we did not provide a more rounded view of Mr. Monson — perhaps his more human side. I’ll concede that what we portrayed was the public man, not the private one, or the one known to his most ardent admirers.

"In 20/20 hindsight, we might have paid more attention to the high regard with which he was held within the church. I think by his very position in the church, all that was implied. But perhaps we should have stated it more plainly.

"Still, on balance, I think the obituary makes clear that he was a man of strong faith and convictions, who stood by them even in the face of detractors, while finding ways to move the church forward."

Read more of the response here.