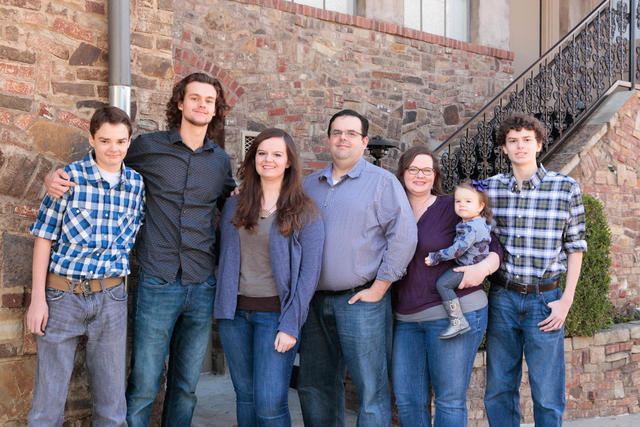 “I’ve never been in a situation before where you can literally feel . . . the prayers,” Chris Carlson said.

Eden Carlson wobbles the second she dares to stand on her own. Elbows close to her body, she takes one step, teeters precariously in the middle of the hallway and leans back against the wall for support. She tries again, right leg swinging awkwardly out to the side, her knee and ankle joints loose like Jell-O as she shifts the weight to her feet. Her mom encourages her from behind the camera, thrilled that her youngest child is walking once more, like she used to.

It was Feb. 29, 2016, when Eden squeezed through a baby gate, opened a heavy door and fell into her family’s pool. After being underwater for approximately 15 minutes, the 2-year-old was immediately transported to Washington Regional Medical Center in Fayetteville, Arkansas, where she was resuscitated after nearly two hours. Suffering from deep gray matter injury, cerebral atrophy and gray and white matter loss, little Eden wasn’t expected to survive the next 48 hours. Now, over a year later, the once comatose patient is almost completely rehabilitated due to normobaric and hyperbaric oxygen therapy. But the Carlson family, members of The Church of Jesus Christ of Latter-day Saints, also attribute Eden’s healing to priesthood blessings, prayers and fasting on their daughter’s behalf.

Chris Carlson, Eden's father, was at work when his wife, Kristal Carlson, called to tell him that Eden had drowned in the family pool. Although Kristal Carlson had immediately started CPR on their daughter, Eden hadn’t revived.

Upon hearing the news, Chris Carlson drove the 30 minutes to Washington Regional Medical Center in Fayetteville, Arkansas, and phoned a neighbor, asking if he could give Eden a priesthood blessing.

Mormon Life Angels MiracleAngels,Miracle,Mormon Life
Comments and feedback can be sent to feedback@ldsliving.com