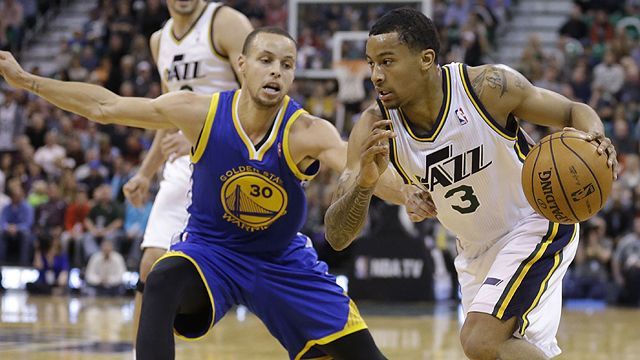 When the Utah Jazz beat the L.A. Clippers and clinched a spot in the second rounds of the NBA Playoffs, the Clippers was not the only team discouraged they would not advance.

According to a recent ESPN article, the Golden State Warriors were disappointed with the Jazz's advance, not because of the playoffs lineup, but because of the lack of nightlife in Utah compared to L.A.

And Barnes's sentiment was also felt by other players, like Andre Iguodala, who told ESPN "The problem with Utah is that you're just sitting there and your mind is, like, dead..."

But the sentiment wasn't felt by everyone on the team. The Warriors' head coach Mike Brown disagreed that Salt Lake City "boring."

The league's security officials were also happy about Salt Lake as a location for the playoffs, calling the 110.4 square mile city a "security heaven" for its size and landscape.

And in the meantime, some of the Warriors are looking on the bright side.

"We kind of embrace it like, 'Yo, we got to do something together because it ain't nothing else to do,'" Iguodala said. "So it actually works for us."

Game one between the Jazz and the Warriors will be Tuesday at the Oracle Stadium in Oakland, California.