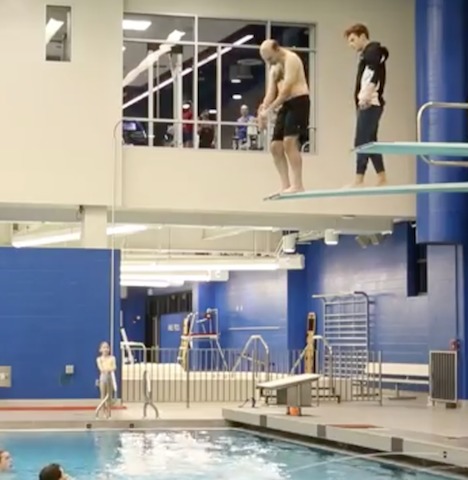 Two weeks after returning from his mission, Cliff Devries received life-changing news—a 6-inch tumor was growing near his brain.

Though doctors were able to remove the tumor, the surgery left Cliff, an All-American diver, paralyzed from the neck down.

But that's where the miracle began.

"Just a week after Cliff was completely paralyzed, Vaughn J. Featherstone walked, unexpectedly, into Cliff's hospital room and gave him a blessing," Cliff's sister, Catherine Lay, wrote. "[In] it, he blessed Cliff that he would walk again. This was a profound blessing, as the doctor's diagnosis for a spinal cord injury were bleak, to say the least."

But after months of hard work, Cliff regained function in his left side and his family watched as he was once again able to walk, watching the blessing "come to fruition," Catherine wrote.

And 20 years after the surgery that left him paralyzed on his right side, Cliff continues to defy expectations. He still stays close to the sport he loves by coaching Olympic diving hopefuls as a college coach in upstate New York. In fact, every year on his birthday, Cliff does something he shouldn't be able to do. He dives.

And when the USA Today's Humankind Stories shared this incredible video of Cliff as he makes the jump, his story received more than 39 million views and more than 394,200 shares in three days, inspiring millions with his strength, perservance, and determination.