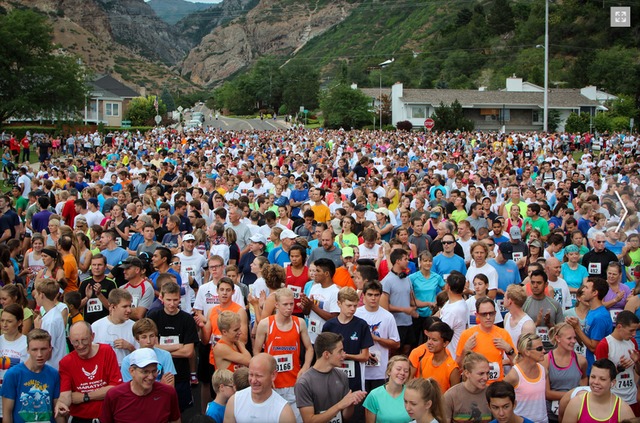 10,000+ Run from Temple to Temple to Celebrate Pioneer Day

MR says: Help celebrate Pioneer Day this year with an unusual stake activity, by dedicating a temple-to-temple run to one of your ancestors.

The Temple to Temple Run has grown from a stake activity to Provo’s official Pioneer Day event in just three years. Organizers are hoping for as many as 15,000 participators this year. Participants will start at the Provo Temple and make their way down to the Provo City Temple.

“We tried stake activities like breakfast and dinner and wanted something different,” said Legrand A. Richards, BYU professor of Educational Leadership and Foundations and one of the original organizers. “I took a bike ride to see just how far it was and found out it was exactly a 5K to get from one temple to another.”