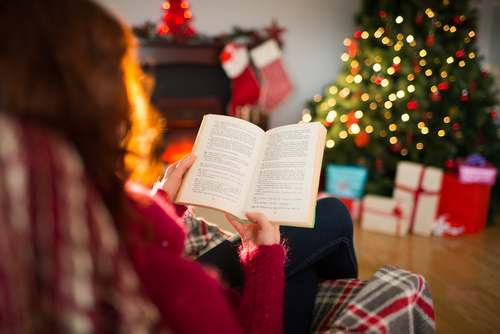 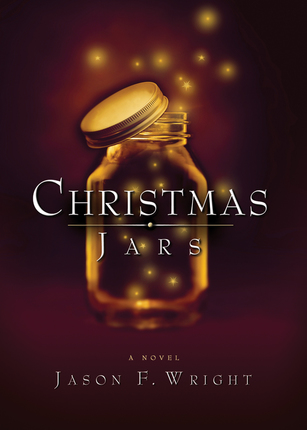 Where had it come from? Whose money was it? Was I to spend it? Save it? Pass it on to someone more needy? Above all else, why was I chosen? Certainly there were others, countless others, more needy than me. . .

Her reporter's intuition insisted that a remarkable story was on the verge of the front page.

Newspaper reporter Hope Jensen uncovers the remarkable secret behind the “Christmas Jars,” glass jars filled with coins and bills anonymously left for people in need. But along the way, Hope discovers much more than the origin of the jars. When some unexpected news sets off a chain reaction of kindness, Hope's greatest Christmas Eve wish comes true. 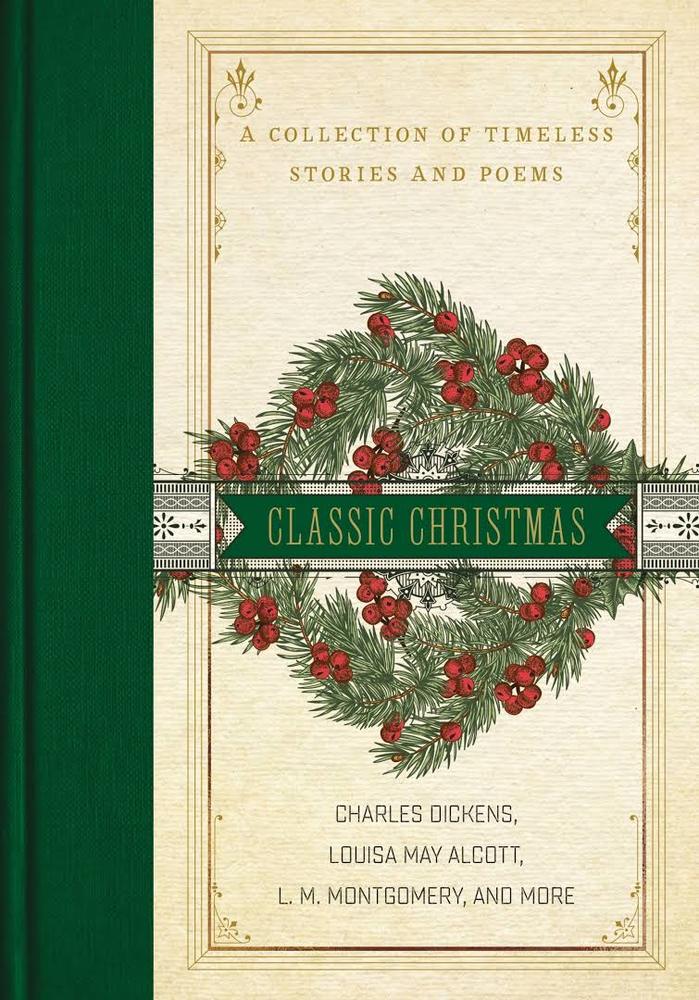 Perhaps no Christmas novel is more beloved than Charles Dickens’s A Christmas Carol, and no holiday poem more well-known than Clement Clarke Moore’s “’Twas the Night Before Christmas.” Together these classic literary masterpieces warm our hearts and remind us of the joy and love to be discovered anew each Christmas morning.

A Classic Christmas features both of these traditional works, as well as other vintage poems and stories that celebrate the timeless truths of the holiday season. This cheerful, collectible treasury reminds us that simple gifts of the heart and memories made with loved ones truly are the most meaningful of all. 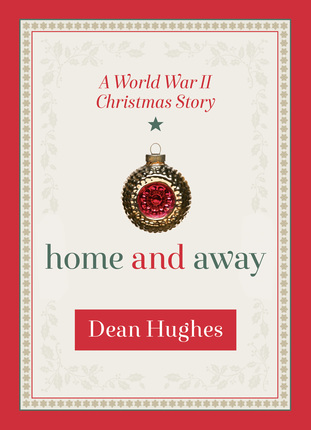 Glen Hayes wants nothing more than to be home for Christmas. He holds a sprig of lavender in his pocket. The scent reminds him of his mother. The memory of home may be the only thing that is keeping him alive and sane during the horrors of war.

So many families have had their hopes dashed in World War II. Will the Hayes family make it through? 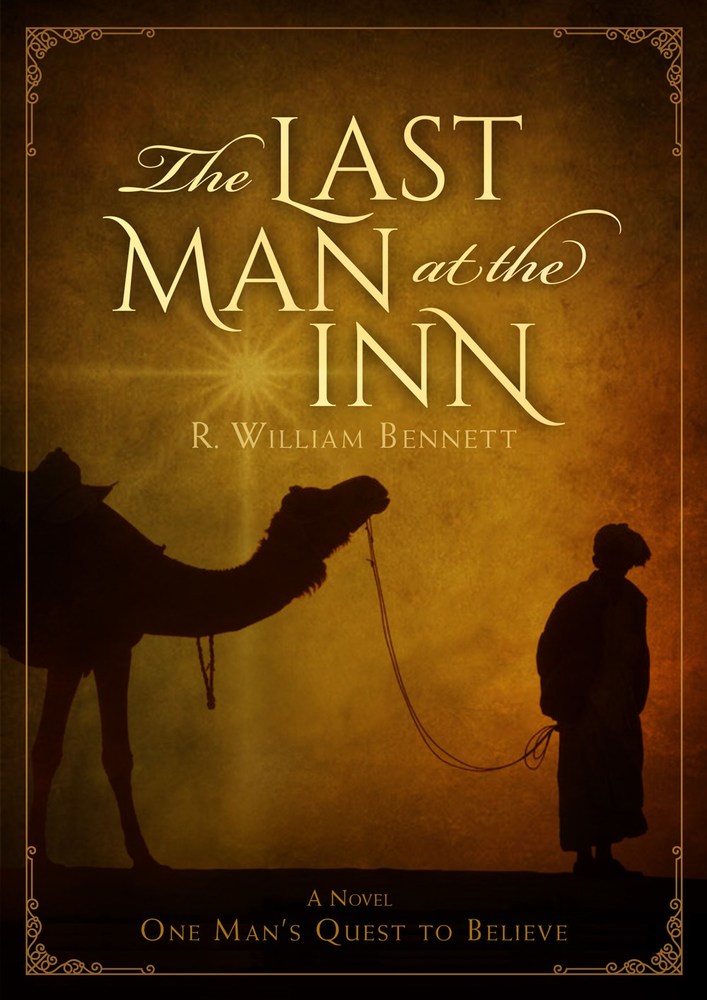 The Last Man at the Inn is the fictional story of a journey of conversion we all take in one form or another, told through the eyes and heart of a common man. It is written to affirm the believer, to lovingly beckon to the undecided and to call out to those who may not even know they are looking for something—only that there is a space in their soul that somehow needs to be filled. 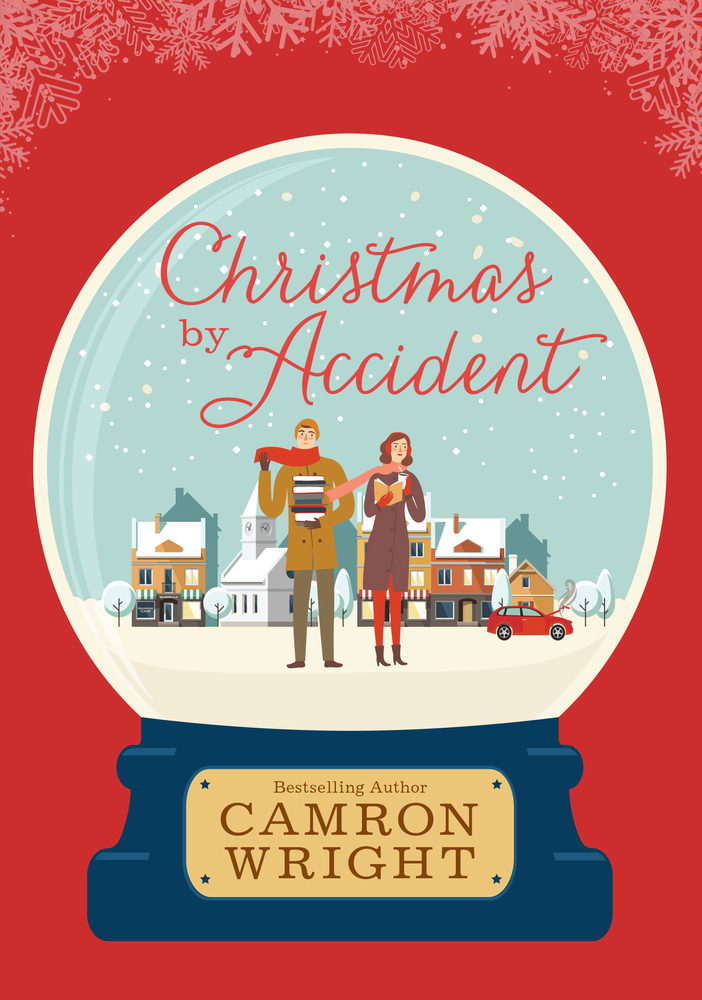 Carter is an insurance adjuster whose longing for creative expression spills over sometimes into his accident reports.

Abby works for her adoptive father, Uncle Mannie, in the family bookstore, the ReadMore Cafe.

When an automobile accident throws Carter and Abby together, Uncle Mannie, who is harboring secrets of his own, sees a chance for lasting happiness for his little girl. But there are so many hurdles, and not much time left. Will this Christmas deliver the miracles everyone is hoping for? 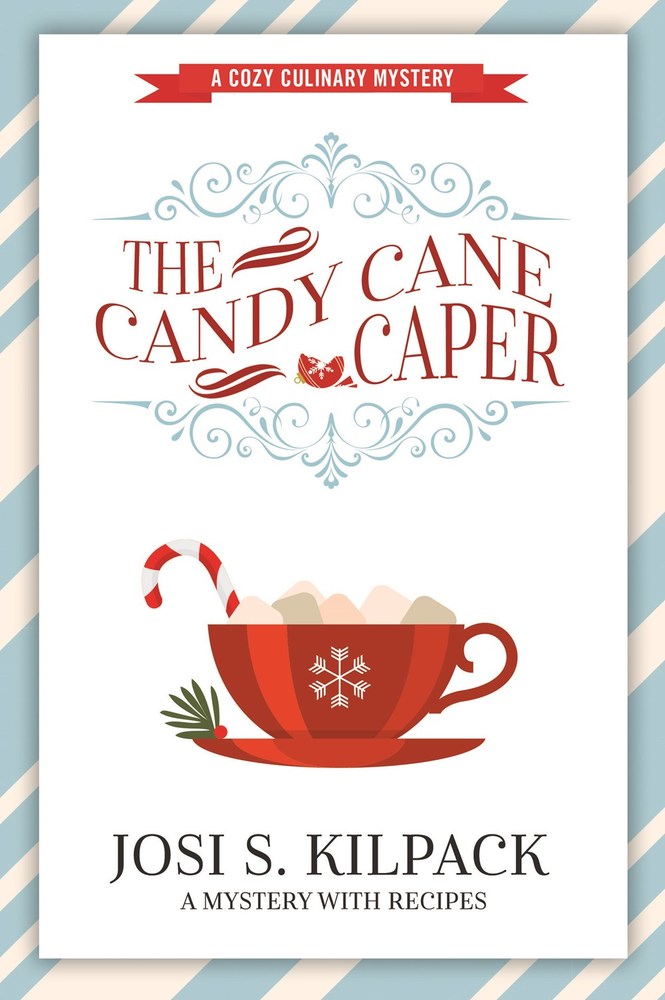 The theft of a friend’s priceless, family-legacy Christmas ornaments brings amateur detective and culinary expert Sadie Hoffmiller back on the case in a new standalone cozy mystery.

With Christmas approaching, Sadie is preparing for a large blended-family gathering—including many new grandchildren—in their home in Fort Collins, Colorado. Even with the festive chaos, Sadie drops everything when word gets out that her friend, Mary, is the victim of a holiday robbery.

At 94 years old and nearly blind, Mary knows this may be her last Christmas and the last year to enjoy her family heirloom Christmas tree ornaments. She wants just one more holiday to display her ornaments, and following Christmas Eve Mass, she’ll pass them on to her great-granddaughter, Joy. Though priceless to the family, the collection has been valued at $40,000, and the Christmas tree in the care facility has never looked so good. But before the ornaments can be retrieved by Mary, 11 of the most expensive ornaments are stolen.

A holiday Christmas caper might be new to Sadie, but she’s ready to mix in her seasoned crime-solving skills with a pinch of new holiday recipes. 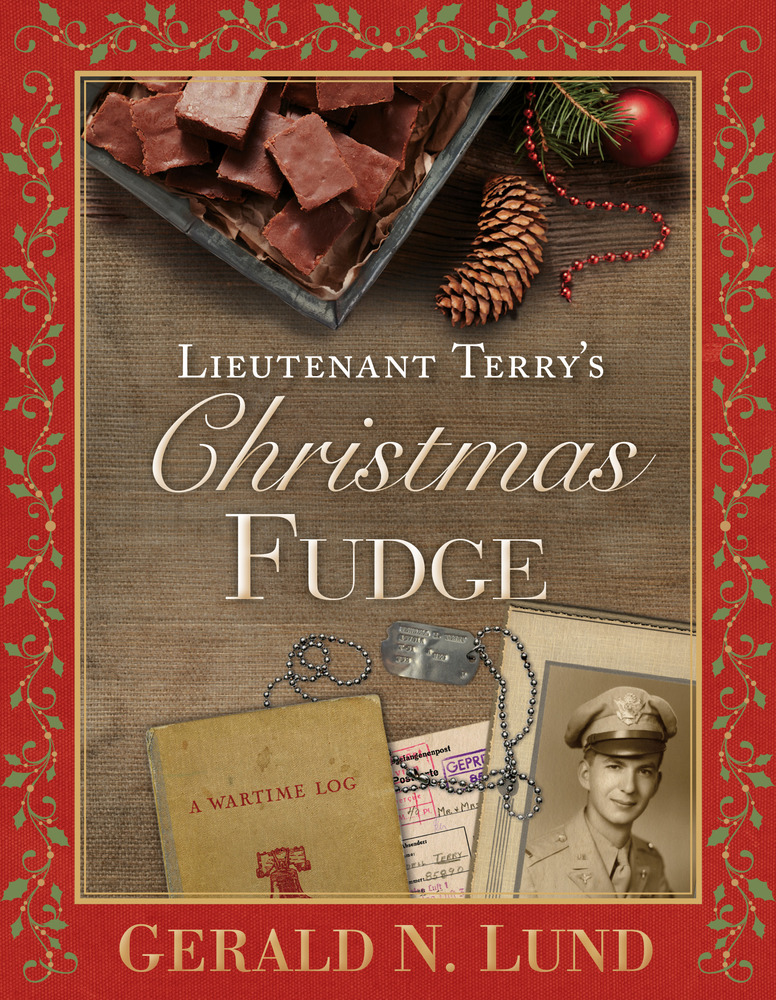 On a mission to bomb a French bridge and slow down Hitler's retreating army, US bomber pilot Wendell B. Terry miraculously survived a harrowing parachute jump after his plane was hit by enemy fire. Scorched by the burning plane, he landed amid German SS troops and soon found himself in a German prisoner-of-war camp. He shared a cement room with 23 other prisoners. He lived with a dirt floor, no heat to ward off the bitter cold, one small window, and not much to do. To make matters worse, Christmas was approaching, and Lieutenant Terry's heart ached for his new wife and their child who would soon be born. 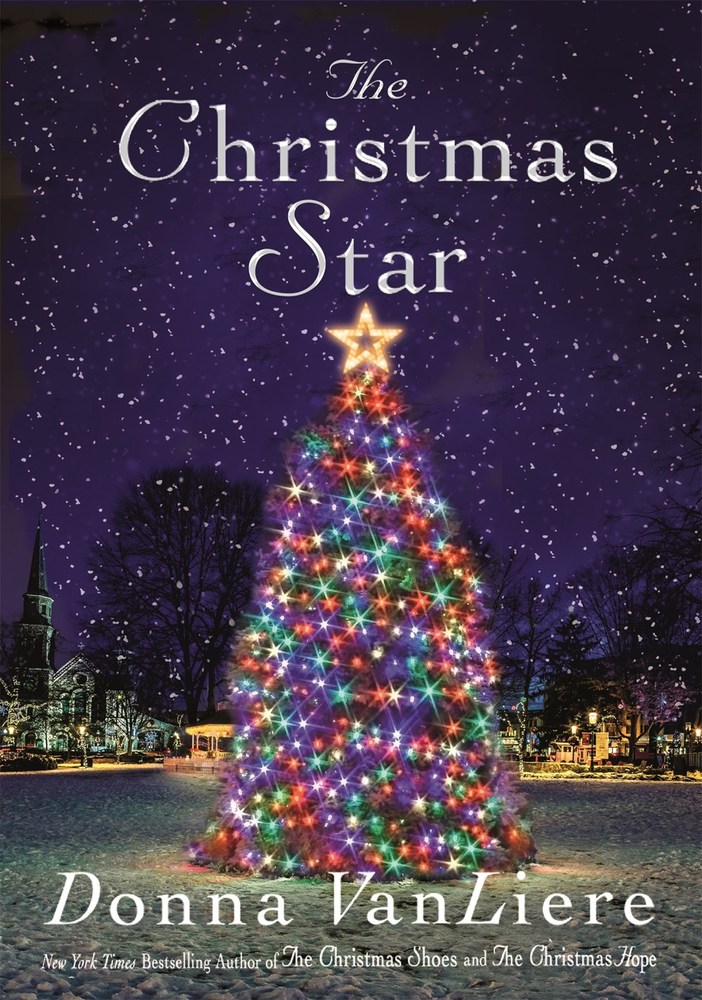 Thirty-two-year-old Amy Denison volunteers at Glory’s Place, an after school program where she meets 7-year-old Maddie, a precocious young girl who has spent her childhood in foster care. Unbeknownst to Amy, Maddie is a mini-matchmaker, with her eye on just the right man for Amy at Grandon Elementary School, where she is a student. Amy is hesitant—she’s been hurt before, and isn’t sure she’s ready to lose her heart again—but an unexpected surprise makes her reconsider her lonely lifestyle.

As Christmas nears and the town is blanketed in snow and beautiful decorations, Maddie and the charming staff at Glory’s Place help Amy to see that romance can be more than heartache and broken promises. 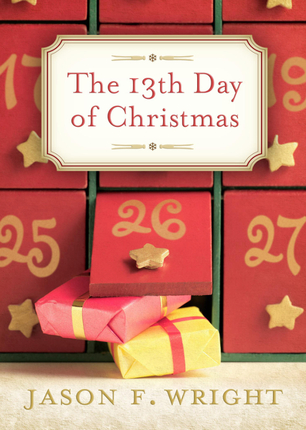 Marva Ferguson has a very personal Christmas tradition that happens every December 26. As an aging widow, the tradition means more to her now than it ever has.

Her newest neighbor, 9-year-old Charlee, loves Christmas too. But her family has fallen on hard times and things get worse when Charlee becomes critically ill.

Then, on December 12, Charlee makes a wonderful discovery. A mysterious note is delivered that promises 12 days of gifts and stories that will reveal the truth behind the beloved Christmas carol "The Twelve Days of Christmas." As the days go by, the gifts hint at a possible lost lyric. Was there once a 13th day of Christmas? And if so, could its magic change—or save—a life?

If Marva knows something about the "letters from the Elves," she's not telling. However, you don't live as long as Marva Ferguson and not have a secret or two—including a whole lot of faith—in your apron pocket.

10. All Hearts Come Home for Christmas 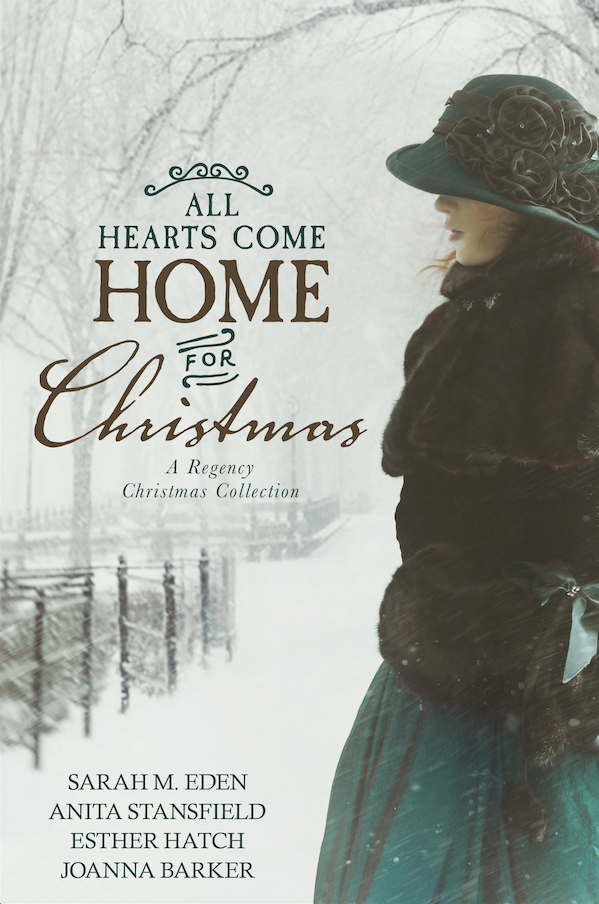 The Dowager Duchess of Kielder eagerly anticipates spending Christmas with her son and his family. Though their relationship has been strained, the duchess is determined to heal the chasm. Even with the help of the widowed local vicar, her plan will take a Christmas miracle. But during this magical season, anything is possible . . . even two second chances for love.

"The Heart of Christmas" by Anita Stansfield

When a chance meeting brings together a gentle seamstress and a widowed banker, each lonely soul finds a first hint of hope. As their lives become entwined, it will take Christmas spirit to guide a broken family to love and healing.

'Tis the Season to Be Daring" by Esther Hatch

Elizabeth Davenport has had quite enough of the London season. Determined to evade a parade of unsuitable suitors, she seeks help from the one gentleman who has no regard for society's rules. All of society knows Lord Hawthorne is not interested in marriage, yet he cannot deny Miss Davenport's unique charm. And as the Christmas season works its magic, their charade begins to feel less like playacting and more like love.

"The Christmas Dress" by Joanna Barker

Seamstress Nell Addington is thrilled when her childhood friend Jacob Hammond commissions a dress for his sister. But when Nell realizes her feelings for Jacob run far deeper than friendship, an unexpected snowstorm—and some holiday cheer—may convince them both that love is worth fighting for. 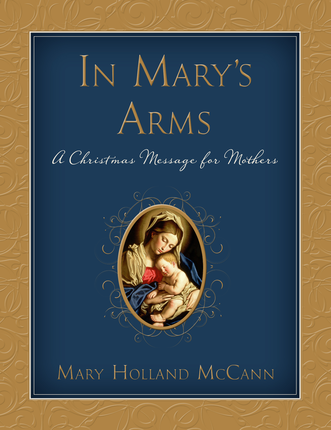 During the season in which we celebrate Christ’s birth, it is natural to want to be more like Him, to try to live the way He lived—selflessly and generously. But how did Jesus Christ come to be who He was? How did He come to embody these attributes that we try so hard at Christmastime (and should try all the time) to emulate? As the literal Son of God, He received the gift of mortality from his mother, Mary. Mary would have been the one to teach Him to walk and talk. She would have been the one to dry His tears and smile when He laughed. Hers would have been the face He first saw expressing the love of God.

Mary—called upon to nurture the Savior of the world—is a remarkable example of quiet, resilient faith and courage in the face of adversity. As we celebrate Christmas, it is fitting to consider what we know about Mary in the Nativity story and determine what characteristics qualified her for her tremendous calling. What was it about her that made her capable of such responsibility? What might we learn from Mary that will help us in our own journeys?