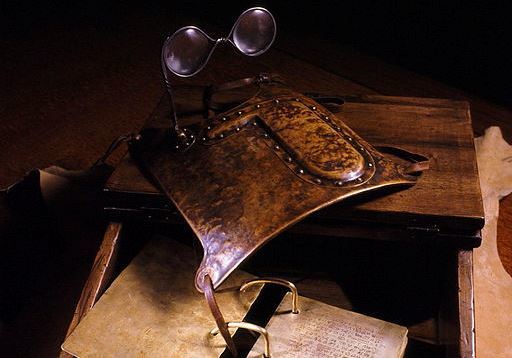 10 Things We Know About the Urim and Thummim

The Urim and Thummim consists of  two seer stones or interpreters used by selected prophets throughout the ages. In ancient Israel the stones were part of the breastplate worn by the high priest of the Aaronic Priesthood. According to lds.org, the Urim and Thummim is “an instrument prepared of God to assist man in obtaining revelation from the Lord and in translating languages.” The website also states that the name Urim and Thummim is Hebrew for “lights and perfections” and that “there is more than one Urim and Thummim, but we are informed that Joseph Smith had the one used by the brother of Jared” (See D&C 17:1).

Here are 10 things we know about this fascinating instrument:

1. The earliest mention of the Urim and Thummim is in connection with the brother of Jared. The Lord told him to keep a record of certain sacred things and to seal the record up. (We have that record in the book of Ether.) “And behold, these two stones will I give unto thee, and ye shall seal them up also with the things which ye shall write” (Ether 3:23). That same Urim and Thummim was used by Joseph Smith in translating the Book of Mormon.

In the passage that follows, we read that the Lord “showed unto the brother of Jared all the inhabitants of the earth which had been, and also all that would be; and he withheld them not from his sight, even unto the ends of the earth” (Ether 3:25). The record is not clear, but very possibly the Urim and Thummim was used in giving that great vision to the brother of Jared.

2. Abraham used the Urim and Thummim in receiving a vision of the order of heaven. “And I, Abraham, had the Urim and Thummim, which the Lord my God had given unto me, in Ur of the Chaldees; And I saw the stars, that they were very great, and that one of them was nearest unto the throne of God” (Abraham 3:1–2).

3. Aaron followed the commandment of God in putting “in the breastplate the Urim and Thummim” (Leviticus 8:8).

4. When Joshua succeeded Moses, he was commanded to “stand before Eleazar the priest, who shall ask counsel for him after the judgment of Urim before the Lord” (Numbers 28:21).

6. Saul sought revelation from the Lord when the Philistines were preparing to attack. “And when Saul inquired of the Lord, the Lord answered him not, neither by dreams, nor by Urim, nor by prophets” (1 Samuel 28:6).

7. In the time of Ezra, certain Levites could not prove their right to the priesthood. They were therefore barred from priestly privileges “till there stood up a priest with Urim and Thummim” to discern the truthfulness of their claim” (Ezra 2:63). It is likely that no one with the Urim and Thummim ever appeared to settle the dispute.

8. In the Book of Mosiah, King Limhi took the Jaredite plates to King Mosiah, who “translated them by the means of those two stones which were fastened into the two rims of a bow” (Mosiah 28:13). Mosiah later passed the Urim and Thummim on to Alma the younger, who eventually gave them to his son Helaman.

10. We learn from the Doctrine and Covenants that “the place where God resides is a great Urim and Thummim.” In addition, “this earth, in its sanctified and immortal state, will be made like unto crystal and will be a Urim and Thummim to the inhabitants who dwell thereon.” And each person who receives the white stone mentioned in Revelation 2:17 will be able to use the Urim and Thummim (D&C 130:8–10).

Lead image is an artistic representation of the Golden Plates, Breastplate, and Urim and Thummim, based on descriptions by Joseph Smith and others, Wikimedia Commons 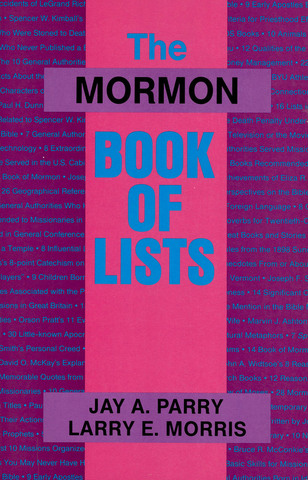 This book distills hundreds of interesting facts about Latter-day Saints into 12 categories of lists: Church history, general authorities, missionaries, scriptures, and contemporary theses such as women, art, entertainment, and athletes. Use this facts-in-a-jiffy book for gospel games, to enliven lessons and talks, and for sheer pleasure reading. Available as an eBook on deseretbook.com.