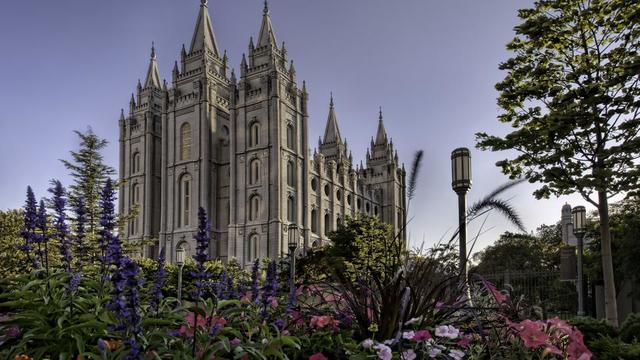 The Salt Lake Temple is an iconic building for members of the Church. The history behind the temple and the sacrifices early Saints made to complete it are inspiring and touching.

We’ve all heard how it took 40 years to complete, but there’s so much more to the story of how the temple came to be what it is today. The rich history and little-known facts about the Salt Lake Temple give us even more to love and appreciate about this house of the Lord.

► You'll also like: Church Releases Renderings of What the Salt Lake Temple Will Look Like After Renovations

We’ve all heard the story of when the Latter-day Saint pioneers arrived in the Salt Lake Valley and Brigham Young famously proclaimed, “This is the place.”

► You'll also like: The Myth About Brigham Young's "This Is the Place" Quote

What a lot of people don’t know is that he said something similar when he decided where the temple would be built. Just days after arriving in the Salt Lake Valley, Brigham Young, Wilford Woodruff, and some of their associates were walking in the valley when Brigham Young “stopped, drove his cane into the earth, and declared, ‘Here we will build the temple of our God.’”

2. The architect knew he would design temples from his patriarchal blessing.

Truman O. Angell was the official architect for the Church and did great work in designing buildings. He helped build the Kirtland and Nauvoo temples, then moved to the Salt Lake Valley, arriving in 1847.

In 1850, Brigham Young called him as the official Church architect and sent him to Europe to train and tour the buildings there. He designed the Salt Lake Temple, the Lion House, the Beehive House, the Utah Territorial Statehouse,  and the St. George Utah Temple, and his assistants worked on the Logan and Manti temples. Unfortunately, he passed away six years before the Salt Lake Temple was completed.

According to ChurchofJesusChrist.org, “Angell, a skillful carpenter and joiner, was told in his patriarchal blessing that he would become a builder of temples and cities.” He truly magnified his life calling and we get to experience the beautiful temples he designed as a result.

3. The foundation had to be built twice.

After the Saints laid the original foundation for the temple, they received news that the U.S. Army was coming to Utah. They quickly covered the construction site with dirt to protect it, but when the army left and they uncovered it, Brigham Young noticed the cornerstones were cracked. He decided the foundation would be completely replaced with granite 16-foot-thick footings. The building, rebuilding, and construction of the foundation took 14 years, and the builders didn’t reach ground-level until 1867.

Brigham Young was focused on quality, even though he knew it would take more time. “I am willing to wait a few years for it,” he said. “I want to see the temple built in a manner that will endure through the Millennium.”

4. The Church provided a camp for workers.

Because the temple builders were working six days per week for 10 hours each day, the Church provided them a place to rest and recuperate from their hard labor. The workers would often travel to retrieve the materials and stones to build the temple.

Newsroom writes, “Each stone weighed between 2,000 and 6,000 pounds. The stones were hauled by wagon from the quarry to the temple site along a road that was riddled with hills and gullies, streams and sandpits. Three or four yoke of oxen and full-time teamsters were required to make the four-day round-trip journey from the quarry to the temple block.” 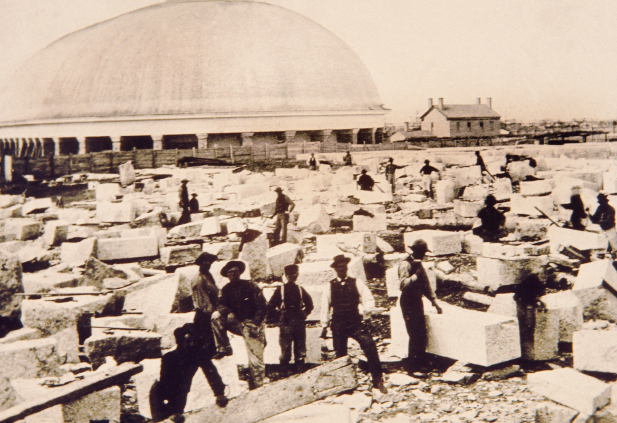 5. Women were a huge help in building the temple.

We often hear stories of the men who dedicated their lives to building the temple, but there were many women who also made sacrifices.

One teenager named Margaret Shelton Kinsey showed her dedication to the cause despite her lack of money to donate. “She collected patches of wool that sheep left behind on twigs and barbed-wire fences, formed the wool into small balls and then sold the wool for money that she contributed to the building of the temple,” Newsroom reported. “Years later she would tell her grandchildren that in her own way, she had helped pay for the temple.”

► You'll also like: 40 Things You Didn't Know about Temple Square

Other women worked in the home to support their families while their husbands were away working on the temple. Although very few of the original temple builders lived to see the finished product, it was obvious that everyone cared deeply about the project and knew how important it was.