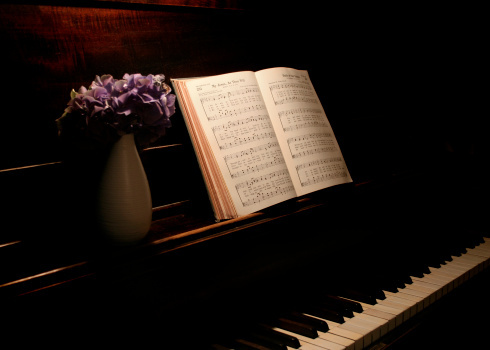 The history behind LDS hymns is rich with fascinating stories and quirky facts. Don't believe us? Just check out these fun finds about the history and form of some favorite hymns of LDS Living readers and other common conference tunes:

How Great Thou Art

Today's version of this hymn is loosely based on a German translation of a Russian translation of a Swedish hymn, "O Mighty God." In 1923, English missionaries heard the song in German and translated it from memory, and added new pieces based on the breathtaking scenery they witnessed in their travels.

However, at that time, they only wrote the first three verses.

The fourth verse didn't come until after World War II. Those same missionaries added the last verse, inspired by refugees in Britain who constantly asked, "When can we go home?" Thus, the fourth verse focuses on the joys of our heavenly home.

We Thank Thee, O God, for a Prophet

In the 1985 version of "We Thank Thee, O God, for a Prophet," the melody of this popular LDS hymn was actually changed. Near the beginning of the third line, one note changed from an A to a B.

This unusual edit was done to match how the Saints actually sang the song; a large portion of them sang with the B note instead of as it had been originally written.

HYMNS FUN FACT: The original hymnal collected by Emma had no tunes--only words.

Come, Thou Fount of Every Blessing

However, after the revised hymnal was published, Mack Wilberg wrote an iconic arrangement of the hymn, bringing it into the forefront of members' minds. Today, due to its renewed popularity, many members still question why the hymn was ever removed as it is now one of the most beloved LDS songs not in the official Church hymnal.

HYMNS FUN FACT: Over 6,000 submissions of texts and tunes were reviewed for the 1985 hymnal.

I Am a Child of God

When Sister Naomi Randall penned the lyrics of "I Am a Child of God" in the middle of the night under inspiration, the original chorus said "Teach me all that I must know." Later, President Spencer W. Kimball heard the song and mentioned that the word "know" in the chorus concerned him. He asked Sister Randall if she would change it to "do," and she happily agreed.

Reflecting on this alteration, she said, "I wondered why I didn't include that thought at the time the lyrics were first written. But as time went on, I came to feel very sincerely that this was the way the Lord wanted the song to evolve, because it became a teaching moment for members all over the Church and impressed upon their minds that knowing the gospel is not all that is required; it is the day-by-day doing the Lord's will and keeping the commandments that help us reach our eternal goal."

Also, the Children's Songbook version of this hymn has an additional verse:

HYMNS FUN FACT: The LDS hymnal is very small compared to other church hymnals. In fact, many Protestant hymnbooks have twice as many hymns as the 341 in the LDS hymnal.

Two verses of "The Spirit of God" found in Emma Smith's 1835 hymnbook have been omitted in recent hymnals:

We'll wash, and be wash'd, and with oil be anointed
Withal not omitting the washing of feet:
For he that receiveth his PENNY appointed,
Must surely be clean at the harvest of wheat.

Old Israel that fled from the world for his freedom,
Must come with the cloud and the pillar, amain:
[And] Moses, and Aaron, and Joshua lead him,
And feed him on manna from heaven again.

HYMNS FUN FACT: Emma's original collection of 90 hymns was published in a 3X4 1/2" pocket-sized book. Only 26 of those original hymns made it into the 1985 hymnal.