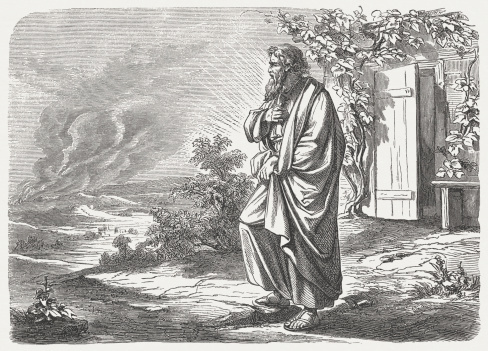 12 People Who Were Given Names by God 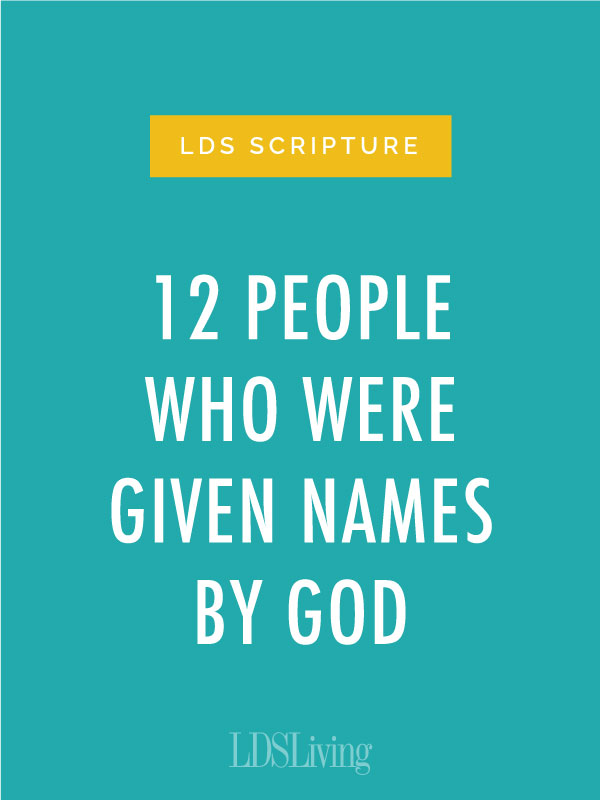 Names are an important part of our existence. We use them every day, in all of our communications with others. But a precious few have actually been given their earthly names by God himself. Here are a few of those, as found in the scriptures:

This one is perhaps a dead giveaway. After all, who else was around to give the first man on earth a name? Still, Adam's name is significant and was carefully picked out by his Father in Heaven:

One of the most well-known prophets in the Bible, Abraham, originally went by the name "Abram," until after the Lord made a special covenant with him and gave him a new name to go with it:

“Neither shall thy name any more be called Abram, but thy name shall be Abraham; for a father of many nations have I made thee” (Genesis 17:5).

Abraham wasn't the only member of his family to receive a name change from God. His wife, Sarah, also received a new name:

“And God said unto Abraham, As for Sarai thy wife, thou shalt not call her name Sarai, but Sarah shall her name be” (Genesis 17:15).

Abraham and Sarah, who had not been able to have children together, were joyful when she finally got pregnant "in her old age." God told Abraham the news, along with the name their new son should go by:

"And God said, Sarah thy wife shall bear thee a son indeed; and thou shalt call his name Isaac: and I will establish my covenant with him for an everlasting covenant, and with his seed after him" (Genesis 17: 19).

Ishmael was born to Abraham and Sarah's handmaid, Hagar. Like his half-brother, Isaac, Ishmael was given a name from God, through the mouth of one of His angels:

"And the angel of the Lord said unto her, Behold, thou art with child, and shalt bear a son, and shalt call his name Ishmael; because the Lord hath heard thy affliction" (Genesis 16:11).

Jacob, as he was originally called, was the son of Isaac.Like his father and grandparents, he, too, received a new name from the Lord: Israel. This new name meant "he perseveres with God" or "let God prevail." His sons later came to be known as the Twelve Tribes of Israel:
“Thy name shall be called no more Jacob, but Israel; for as a prince hast thou power with God and with men, and hast prevailed."

One of the most prolific prophets in the scriptures, Isaiah, had a son who was named by God—a name that was also part of a prophecy:

"When Isaiah’s wife bore a son, “The Lord said to me, Call his name Maher-shalal-hash-baz. For before the child shall have knowledge to Cry, My father, and my mother, the riches of Damascus and the spoil of Samaria shall be taken away before the king of Assyria” (Isaiah 8:3–4. Maher-shalal-hash-baz means “to speed to the spoil, he hasteneth the prey”).

Another prophet, Hosea, also had multiple children who were given meaningful names by the Lord. His first born son was one:

“Call him Jezreel; for yet a little while, and I will avenge the blood of Jezreel upon the house of Jehu, and will cause to cease the kingdom of the house of Israel” (Hosea 1:4. Jehu had destroyed the entire family of King Ahab while they were dwelling in Jezreel).

Hosea's first born daughter was another who received a symbolic name from the Lord:

“God said unto him. Call her name Lo-ruhamah: for I will no more have mercy upon the house of Israel: but I will utterly take them away” (Hosea 1:6. Lo-ruhamah means “not having obtained mercy”).

And lastly, Hosea's second son was named by God:

Another more widely known prophet named by God was John the Baptist:

"But the angel said unto him, Fear not, Zacharias: for thy prayer is heard; and thy wife Elisabeth shall bear thee a son, and thou shalt call his name John" (Luke 1:13).

In fact, the story about God naming John was surrounded by some astonishing events, including his father being struck dumb, and his family trying to name him after his own father:

"And it came to pass, that on the eighth day they came to circumcise the child; and they called him Zacharias, after the name of his father.

"And his mother answered and said, Not so; but he shall be called John.

"And they said unto her, There is none of thy kindred that is called by this name.

"And they made signs to his father, how he would have him called.

"And he asked for a writing table, and wrote, saying, His name is John. And they marvelled all."

Another well-known, but significant naming done by God in the scriptures was of His own Son, Jesus Christ. And though Jesus is known by many names now, including Jehovah, Redeemer, Savior, and Immanuel, the name the angel Gabriel brought to Mary was Jesus.

“The angel of the Lord appeared unto [Joseph] in a dream saying, . . . .[Mary] shall bring forth a son, and thou shalt call his name Jesus: for he shall save his people from their sins” (Matthew 1:21).

Though these men may not have been specifically named by God while on earth, they were called by name by God in prophecies, before their lifetimes.

Joseph Smith's name was key in fulfilling one of the Lord's prophecies, revealed in the Joseph Smith Translation portion of Genesis 50:

"And that seer will I bless, and they that seek to destroy him shall be confounded; for this promise I give unto you; for I will remember you from generation to generation; and his name shall be called Joseph, and it shall be after the name of his father; and he shall be like unto you; for the thing which the Lord shall bring forth by his hand shall bring my people unto salvation."

During Joseph of Egypt's lifetime, the Lord gave him the following prophecy, which contained the names of two significant Bible prophets who were not yet born:

"And the Lord sware unto Joseph that he would preserve his seed forever, saying, I will raise up Moses, and a rod shall be in his hand, and he shall gather together my people, and he shall lead them as a flock, and he shall smite the waters of the Red Sea with his rod.

"And he shall have judgment, and shall write the word of the Lord. And he shall not speak many words, for I will write unto him my law by the finger of mine own hand. And I will make a spokesman for him, and his name shall be called Aaron" (JST, Genesis 50). 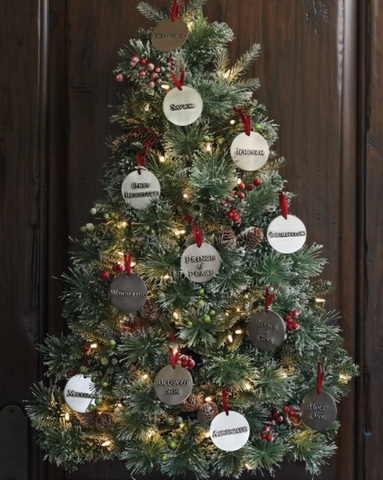 Names have significance. To better remember Christ this season and the important names He has been given, get these 13 heirloom ornaments featuring 13 different names of Christ, available at a Deseret Book.