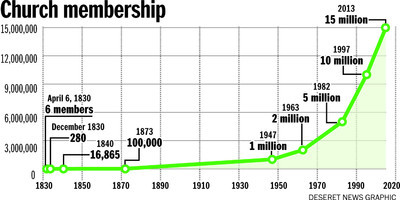 15 Million Members: 'Spreading Across the Earth'

As he opened general conference on Oct. 5, President Thomas S. Monson said, "I am happy to announce that two weeks ago, the membership of the Church reached 15 million."

He added, "The Church continues to grow steadily and to change the lives of more and more people every year. It is spreading across the earth as our missionary force seeks out those who are searching for the truth."