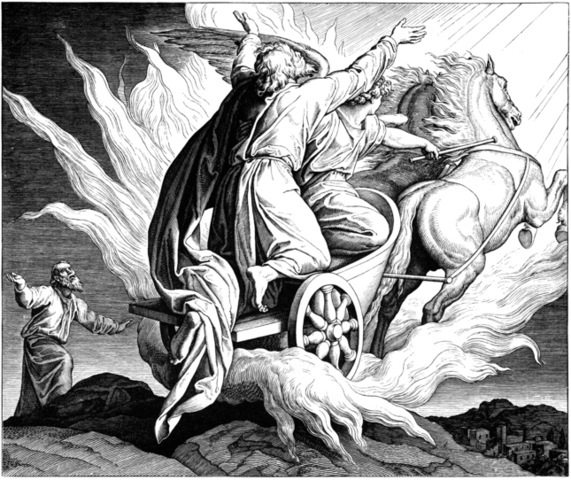 From Chariots of Fire to Raising a Boy from the Dead: 15 Miracles of the Prophet Elijah

Although his recorded words are few, the prophet Elijah is among the most prominent in the Old Testament. He ministered in the Northern Kingdom of Israel in a time when the people had almost entirely turned to idol worship (about 900 B.C.). Through his priesthood power and his faith, Elijah was able to perform many mighty works. Here are 15 miracles associated with this great prophet.

14. He appeared on the Mount of Transfiguration with Moses and conferred the keys of the priesthood on Peter, James, and John (Matt. 17:3).

According to lds.org, "The deep impression Elijah made upon the life of the Israelites is indicated in the fixed belief that prevails that he will return, as spoken of in Mal. 4:5. The foregoing references from the New Testament show that many mistook Jesus for Elijah returned. Among the Jews he is still an invited guest at the Passover, for whom a vacant seat is reserved and the door is opened."