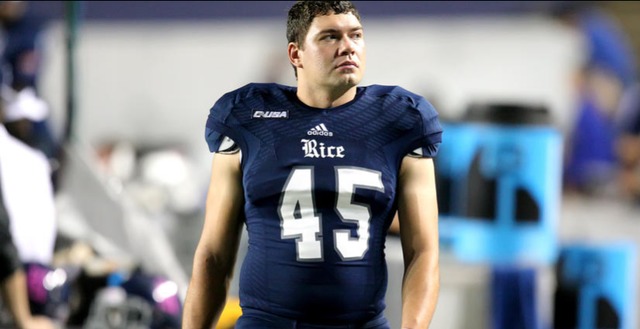 Here is a glimpse at the returned missionaries playing FBS football all over the nation.

Rice University had everything Austin Williams was looking for.

The 6-foot-2, 235-pound linebacker from Austin, Texas, essentially had three requirements: first, a high-quality education; second, the chance to play college football; and third, following a two-year Mormon mission to Guatemala, he wanted to attend a school where he would have ample missionary opportunities. He had several options, but Rice stood out, Williams said.

"I chose Rice because that's where I felt I needed to be," Williams said in a recent interview with the Deseret News. "I was wanted by the coaches and it was a great place for me to continue serving and helping others to find the gospel."

Williams is one of 158 returned Mormon missionaries in the Football Bowl Subdivision this season who have served full-time missions for The Church of Jesus Christ of Latter-day Saints in different cities and countries around the world.

Williams, a sophomore, isn't the only returned missionary playing at Rice.