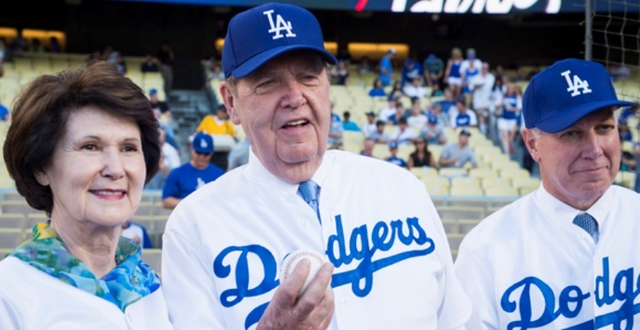 17 Mormons Who Have Thrown Out a First Pitch

A number of Major and Minor League Baseball teams have held a Mormon Night throughout the years, inviting members of the LDS Church to attend and participate in various ways. For Mormon Night events, some teams have invited a well-known members of the faith, such as Young and Sister Burton, to throw ceremonial first pitches.

Here is a list of 17 leaders and well-known members of the LDS Church who have thrown ceremonial first pitches, most as part of Mormon Night events.

Fun Baseball Apostles MissionariesBaseball,Apostles,Missionaries,Fun
Comments and feedback can be sent to feedback@ldsliving.com