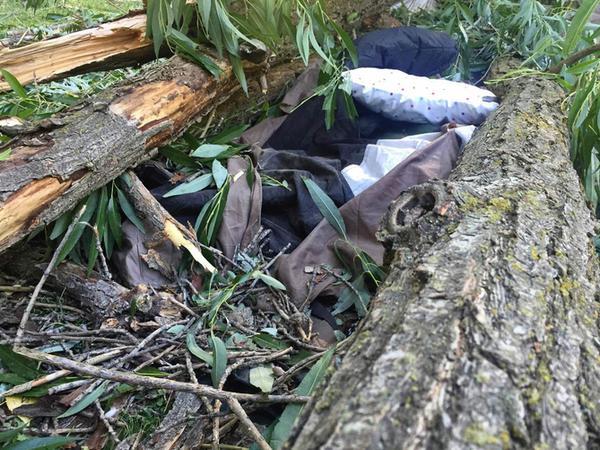 "There were angels with them. They were looked out for," said Brooke Lewis, an aunt of two boys who were severely injured when a tree fell on their family's tent while they were sleeping. The boys' father said that only with the help of others and prayer were they able to free the boys from under the tree.

Sadee Lewis said the wind had been blowing hard most of the night before it stopped and was followed by silence.

It was the sound she heard next, however, that she won't soon forget.

"All of a sudden I hear like this cracking noise, and then a big whoosh and then all the screaming and crying. It was crazy, it was intense," said Lewis, an aunt to 9-year-old Joseph Markland and 7-year-old Dallin Markland.