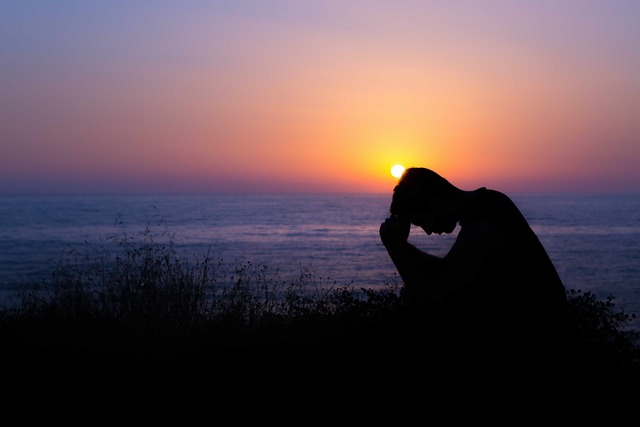 2 Tricks Satan Uses to Prevent Us from Repenting

While we should not be overly preoccupied in thinking about Satan and his purposes, as we honestly consider our desire to repent and more closely follow the Savior, we need to realize that the forces of the adversary will attempt to thwart our resolve.

“All things which are good cometh of God; and that which is evil cometh of the devil; for the devil is an enemy unto God, and fighteth against him continually, and inviteth and enticeth to sin, and to do that which is evil continually.”1 Although Lucifer’s enticements to sin are expertly made to appear reasonable, in reality, “he persuadeth no man to do good, no, not one; neither do his angels; neither do they who subject themselves unto him.”2

With our efforts to repent and more completely receive the love of God and forgiveness for our sins, the wicked one expands his deception, hoping to turn us back toward our sins. The Prophet Joseph Smith taught, “The nearer a person approaches the Lord, a greater power will be manifested by the adversary to prevent the accomplishment of His purposes.”3

The being we call Lucifer was “an angel of God, who was in authority in the presence of God,” but who “rebelled against God, and sought to take the kingdom of our God and his Christ.”4 Jesus declared that “there is no truth in him, . . . for he is a liar.”5 He wants us to be “miserable like unto himself.”6

As we begin to call upon God in prayer, asking for the power of the Savior’s Atonement to enter into our lives, Satan with his enticing and seductive voice of sin tries to keep us from going forward.

His first appeal is to tell us there is no need to repent. “These actions that are called sins,” he whispers, “are not sins at all, but understandable happenings in the world around us.” “And others will he pacify, and lull them away into carnal security, that they will say: All is well . . . and telleth them there is no hell; and . . . I am no devil, for there is none.”7

For those desiring to repent, these cunning words often are ineffective, as they have seen the sadness and sorrow their sins have brought and have felt the guilt and pain of doing wrong. They know a change is needed.

The deceiver has other assertions, subtly telling the person who desires to repent that he or she isn’t capable of doing what is necessary to bring about forgiveness, or even worse, that he or she is unworthy of God’s help. The adversary goads a feeling of despair, an absence of hope, a sense of “this may work for some, but I am so weak, so failed in my life, this is impossible for me. I am doomed to exclusion from eternal life with my Heavenly Father and Jesus Christ.”

To overcome these defeating words of despair, we must turn to our Heavenly Father in prayer and to the words of our Savior, Jesus Christ: “Will ye not now return unto me, and repent of your sins, and be converted, that I may heal you? Yea, verily I say unto you, if ye will come unto me ye shall have eternal life. Behold, mine arm of mercy is extended towards you, and whosoever will come, him will I receive; and blessed are those who come unto me.”8

If you are determined to sincerely return to your Heavenly Father, you will not be kept from the divine gift of forgiveness. Wanting to give you the hope you need, Jesus told the parable of the prodigal son. Humbled by the emptiness of his “riotous living,” the son “came to himself.”9 He realized his wrong; he knew he must change. He said, “I will arise and go to my father and will say unto him, Father, I have sinned against heaven, and before thee.”10

The scriptures then report, “And he arose, and came to his father. But when he was yet a great way off, his father saw him, and had compassion, and ran, and fell on his neck, and kissed him.”11

I promise you that no matter the emptiness and unworthiness you feel, our Heavenly Father and His Beloved Son await you.12 The Savior’s suffering, His payment of sin, was for you, as well as for those you think more worthy than yourself. The Atonement of Jesus Christ can lift you from the depths of your current condition.

An additional distortion of the adversary directed toward the person desiring to repent is his deceitful appeal to postpone or delay repentance. President Henry B. Eyring said, “That temptation to delay comes from our enemy, Lucifer. He knows that we can never be truly happy unless we have hope in this life and then realization, in the next, of eternal life. It is the greatest of all the gifts of God. . . . And so Satan tempts with procrastination throughout our days of probation. Any choice to delay repentance gives him the chance to steal happiness from one of the spirit children of our Heavenly Father.”13

In C. S. Lewis’s book The Screwtape Letters, the devil’s minion, Uncle Screwtape, instructs his nephew, Wormwood, a less experienced tempter, how to keep the mortal who is beginning to consider repentance from continuing along this righteous path. “It remains to consider how we can retrieve this disaster. The great thing is to prevent his doing anything. As long as he does not convert it into action, it does not matter how much he thinks about this new repentance. Let the little brute wallow in it. . . . Let him do anything but act. No amount of piety in his imagination and affections will harm us if we can keep it out of his will. As one of the humans has said, active habits are strengthened by repetition but passive ones are weakened. The more often he feels without acting, the less he will be able ever to act, and, in the long run, the less he will be able to feel.”14

Peter described the tempter in a striking metaphor: “Be sober, be vigilant; because your adversary the devil, as a roaring lion, walketh about, seeking whom he may devour.”15

I have thought of Peter’s comparing Lucifer to a roaring lion. A roaring lion in the zoo is dangerous, but only if we put ourselves inside the cage with him. Without our willingness, the power of the adversary is very limited.

If we are pursuing a righteous course, we need not be overly concerned with the adversary’s influence. Nephi explained that “he hath no power over the hearts of [those that] dwell in righteousness.”16  He has no power to use against us unless we permit it. The Apostle James taught, “Submit yourselves therefore to God. Resist the devil, and he will flee from you.”17

In this book, Elder Andersen writes especially to those who are "awakening" unto God—those who are just beginning to discover or who seek the divine gifts and power of repentance and forgiveness in their lives. The Divine Gift of Forgiveness is organized in such a way that readers can choose the section or chapter that applies most to them and study it without having to have read from cover to cover. Leaders can similarly recommend specific chapters to those with whom they work. Filled with powerful doctrine along with stories and experiences, this book will help all readers become more devoted disciples of the Savior. Available now at Deseret Book stores and DeseretBook.com.