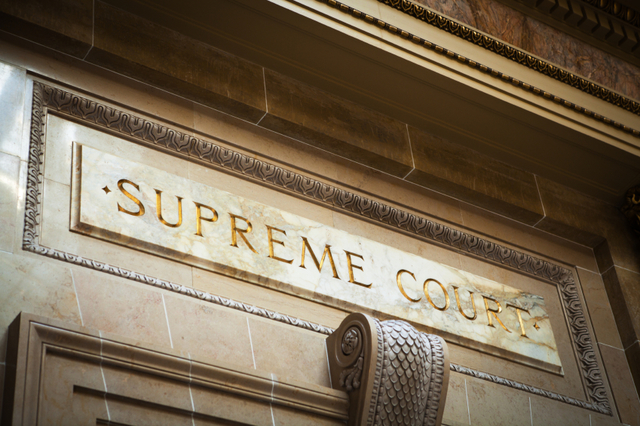 3 Common Questions About the Religious Freedom Debate (+ Answers from Experts)

Perhaps not since the 19th century has religious freedom been more of an issue for The Church of Jesus Christ of Latter-day Saints. A socio-cultural shift away from religiosity, combined with the recent Supreme Court decision regarding same-sex marriage, has prompted renewed conversation over the place religious freedoms should have in the courts and in the country at large. These discussions have tremendous potential to impact the Church for good or ill in the months and years ahead. This week’s 2015 Religious Freedom Annual Review at Brigham Young University explored the issue as a means of continuing productive and civil dialogue.

Though there are many tricky issues involved in the religious freedom discussion, Monday’s discourse at BYU made it abundantly clear that the most pressing concern facing legislators at the moment is the battle between LGBT and religious rights. “We have witnessed a dramatic shift in many attitudes about social issues,” said associate professor J. Quin Monson, who delivered a lecture on cultural and political trends that impact religious freedom. “Perhaps [the] most significant [shift] has been gay marriage.”

First, Monson reported that religiosity among Americans has been in a general decline—one that has greatly accelerated during the past 15-20 years. Especially prevalent among the younger generations, studies suggest that many are leaving their churches (and not joining another) because they feel alienated by the church’s social and political stances. Monston also stated that the recent exodus of many from their faithful circles has prompted scholars to declare that American religiosity, once the home of a “Great Awakening,” is now in a “Great Decline.”

Another contributing factor began during the sexual revolution of the 1960s. As various sexual practices become more tolerated in our society, people who don’t conform to the norm have an easier time making themselves known. As a result, “the majority of Americans know someone who is gay or lesbian pretty well,” said Monson. This coincides with the sociological contact hypothesis, which states that when people have direct and frequent contact with members of an “outgroup,” those people are more likely to be accepting of that group.

Monson also noted that gay marriage does not represent the only shift undergone by our society in sexual and marital attitudes. He cited studies which show that people are far less likely to get married than they were 50 years ago, and that when they do get married, it happens at a much higher age. A declining emphasis on marriage is a primary reason that society is not as concerned with how strictly the institution is defined.

What does this mean?

The resulting conflict has caused a paradox to emerge in American culture—one that has already been seen at various points in our history in which we have an ideal of religious freedom intermingled with an intolerance of religious minorities. “More people think religion is an acceptable target of [ridicule,]” said Monson. He cited the following quote by television personality Bill Maher as an example: “People don’t know about Mormonism, and when they find out, they will be amazed at how weird it really is. It’s even weird by the standards of other religions.” Even in an age where many are afraid to speak their mind for fear of being offensive or politically incorrect, Monson observed that Maher’s quote (and others like it) has been met with virtually no backlash or negative consequences.

With such conflict becoming both more prevalent and more acceptable, much of the event at BYU centered on how Church members should interact with others about these issues. Several lectures were devoted to the importance of interfaith relations, as well as the promotion of civil dialogue.

“We need to see our role as taking part in a conversation,” said lecturer Elizabeth A. Clark, “instead of just being in an argument.” And it’s not enough to just have a conversation—we need to do our best to make it a friendly one. Said lecturer John Taylor, Director of Interfaith Relations for the Church’s public affairs: “We want to reflect the Savior Jesus Christ in all of our actions and deeds.”

So what can we do?

In their lecture, Taylor and Church Area Relations Director Michael von Rosen suggested that we get to know people of other faiths. “Work together in a community,” they said. “Educate each other on these issues.” They held up Church leadership as a shining example of this principle. “When [Church leaders] visit other places and nations, they’re constantly in an outreach effort with leaders of other faiths . . . . We look past differences and share a vision together.”

Clark echoed the sentiment that the brethren are some of our greatest examples when it comes to proper outreach. She then shared several quotes that members should internalize as they converse and discuss these issues with others. Perhaps the most poignant of these came from President Dieter F. Uchtdorf, who has long emphasized the role of kindness and love in our associations with others.

“Because love is the great commandment,” he said, “it ought to be at the center of all . . . we do.” He continued, “[Love] is the bond that unites families, communities, and nations. Love is the power that initiates friendship, tolerance, civility, and respect. It is the source that overcomes divisiveness and hate. Love is the fire that warms our lives with unparalleled joy and divine hope.”

“Love,” President Uchtdorf concluded, “should be our walk and our talk.”