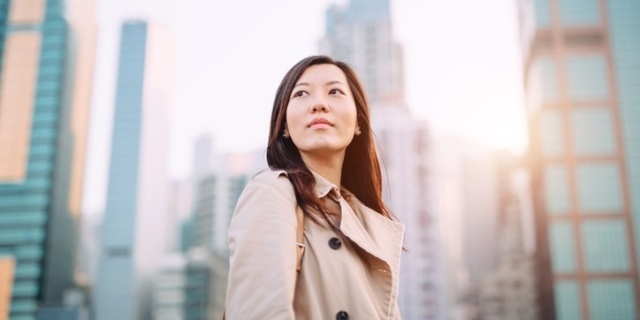 3 Things Missionaries Need to Remember When Their Converts Go Inactive

Baptism days were not only some of the most joyful days of my mission but also some of the most hopeful. I had vivid daydreams of seeing my converts sealed as a family, serve as a bishop or Relief Society president, and overall just live a gospel happily ever after. But that wasn’t always the case. Missionaries go through emotional and spiritual turmoil when they hear that someone they taught, for whatever reason, has drifted from the Church. It is too easy for missionaries to blame themselves and spiral into feeling like their mission was a failure. In my case, some of my happiest mission memories quickly turned cold and even bitter.

But that harsh line of thinking does not come from Heavenly Father. He loves His missionaries and wants them to feel the warm approval of His Spirit. Here are three important truths that helped me navigate through the tough emotions that followed a convert going inactive.

It is tempting to believe that unless your convert is sealed to the perfect spouse in the temple exactly one year after their baptism and then is promptly called to the Quorum of the Twelve Apostles, your missionary service somehow doesn’t count. Not true. Your service isn’t tarnished in God’s eyes when the story doesn’t seem to be ending as you wanted it to. My favorite line from Preach My Gospel is in chapter nine and says, “He often reaches out to His children through you.” The experience of being the hand God uses to reach out to someone, even if they later choose to let go, is of eternal significance.

Watching converts go inactive taught me to cherish the truth that Heavenly Father always reaches out: He knew better than you did how His child would ultimately respond, yet He still chose to reach out to them. He was willing to feel the disappointment of their rejection for the sake of showing them that He cares. We should learn to be eager and grateful to do the same. The older version of Preach My Gospel had this quote from Elder Lorenzo Snow:

“There is no mortal man that is so much interested in the success of an elder when he is preaching the gospel as the Lord that sent him to preach to the people who are the Lord’s children.”

Heavenly Father wants your converts to succeed even more than you do. He deeply loves His children—deeply enough to reach them even when He knows they won’t say yes. While it is not always an easy part to play in God’s plan, being the means of His reaching should be a role we reverence and are proud to have played.

2. This Doesn’t Mean You Were a Bad Missionary

To help implement the focus of the 2017 worldwide missionary broadcast, my mission began repeating the phrase “we will act to teach repentance and baptize converts” before leaving the apartment each day. This mantra helped us learn to prioritize our time, but, at least for me, it also created a lot of pressure. I felt that unless I was baptizing a certain number of people and that all of those people became strong, life-long members, I was completely missing the mark in missionary work, despite my best efforts to be obedient. Not true. Preach My Gospel teaches, “You are successful when you are obedient, live righteously, and do your best in helping others live the gospel.” While I appreciated that sentence, I took real comfort in stories like this one, adapted from the life of President Gordon B. Hinckley:

“While serving as a missionary in the British Isles, my companion and I taught, and it was my pleasure to baptize, a young man. He was well educated. He was refined. He was studious. I was so proud of this gifted young man who had come into the Church. I felt he had all of the qualifications someday to become a leader among our people.

"He was given a small responsibility in the branch in London. He knew nothing of what was expected of him. He made a mistake. The head of the organization where he served was a man I can best describe as being short on love and strong on criticism. In a rather unmerciful way, he went after my friend who had made the simple mistake.

"The young man left our rented hall that night smarting and hurt. … He said to himself, ‘If that is the kind of people they are, then I am not going back.’

"He drifted into inactivity. The years passed. … When I was in England [again], I tried desperately to find him. … I came home and finally, after a long search, was able to track him down. I wrote to him. He responded but with no mention of the gospel.

"The years passed. I grew older as did he. On one occasion when I was in Switzerland, I went out of my way to find the village where he lived. We spent the better part of the day together—he, his wife, my wife, and myself. We had a wonderful time, but it was evident that the fire of faith had long since died. I tried every way I knew, but I could not find a way to rekindle it. I continued my correspondence. I sent him books, magazines, recordings of the Tabernacle Choir, and other things for which he expressed appreciation.

"He died a few months ago. His wife wrote me to inform me of this. She said, ‘You were the best friend he ever had.’”

I love this story for two reasons:

1. Even a missionary who grew up to become the president of the Church had a convert go inactive; clearly, this experience is not an indicator of your current spiritual capacity or future potential to serve the Lord.

2. President Hinckley’s story shows what true love in missionary work should look like. He didn't get angry over his convert’s choices; President Hinckley poured out love to his friend and never gave up on him—regardless of a lack of spiritual progress. We should do the same.

Before my mission, I heard parents complain that life would be so much easier if they could manage their children’s agency for them. On my mission, missionaries expressed frustrations like, “I wish I could just make people read the Book of Mormon!” or “If only I could gain a testimony for them.” I remember wishing I could somehow transplant the joy I had from living the gospel into my converts’ hearts to motivate them to get back on the path. While not inherently bad, this line of thinking leads to negative feelings toward the essential principle of agency. I would often think to myself, “Can’t I hijack their agency for just a few minutes?” This quote from President David O. McKay helped me see otherwise. He said:

“Next to the bestowal of life itself, the right to direct that life is God’s greatest gift to man.”

If agency is one of God’s greatest gift to us, I learned I needed to love it, not resent it. The entire plan of salvation would be for nothing without agency. If you find yourself overly frustrated by a convert’s choices, try studying the principle of agency to help you remember that it is a gift, not a curse.

A deeper appreciation for the gift of agency will also deepen your appreciation for Heavenly Father's love. I remember praying fervently in my first area that an investigator we had been teaching for a while would make what were, at least in my mind, the small changes he needed to for his life to begin improving. While still praying, I had a distinct impression that this is how Heavenly Father must feel every time I make decisions. He can see so clearly the benefits of my making a good choice, but He will not ever force me to do it. And yet no matter how many times I make the wrong choice, He doesn't stop loving me or take away my ability to choose. Trust that Heavenly Father will always be anxiously loving those you taught regardless of the choices they make.

Whatever your mission experience was, know that Heavenly Father still has work ahead for you to do. Your mission was a spiritual investment that He is anxious to pull from. Trust that you have the potential to work wonders for the Lord throughout the rest of your life; don’t let past disappointments weaken your faith in the future. I’m learning to move forward with Doctrine and Covenants 64:33 as encouragement:

“Wherefore, be not weary in well-doing, for ye are laying the foundation of a great work. And out of small things proceedeth that which is great.”