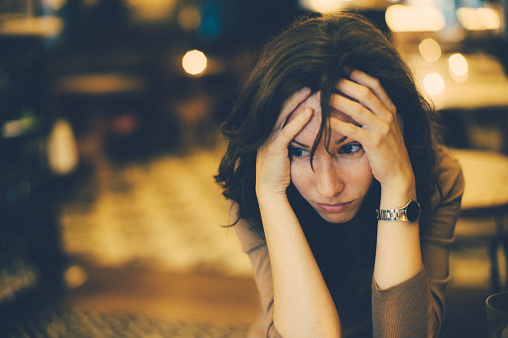 After graduating college, I realized I hadn't hit nearly as many checkboxes as I wanted on the five-year plan I made when I was a Mia Maid.

I wasn't employed at my dream job, let alone employed—unless you count how many hours a day I spent filling out applications, then I guess I had a job finding a job. I was still renting an apartment where my upstairs neighbors controlled the heat and my landlords didn't allow space heaters. The air conditioning in my car was about as effective as a geriatric man breathing on my face. And I spent most of my time alone, staring at my bank account and wondering how I was going to make ends meet.

I looked around and felt everyone my age already had a successful career, a shiny new car, a cute new house, a husband, two incredibly photogenic kids, and a Golden Retriever puppy.

During this time of, I'll be honest, intense self-pity, I just kept thinking this can't be it. This can't be all Heavenly Father wants me to be or do, especially when I was trying my hardest to get out of this cycle of misery.

My faith wavered, my depression spiked, and I felt like an utter failure.

I was experiencing a quarter-life crisis.

Now before you shake your head and think a quarter-life crisis is just another Millennial construct, just stick with me for a minute, there's actual science to prove quarter-life crises are happening now more than ever.

According to prri.org, young adults 18 to 29 are four times as likely as previous generations to identify as religiously unaffiliated, many of which formerly identified religion before entering their 20s.

A 2015 study by the National Institute of Mental Health found that 10.3 percent of adults 18 to 29 experienced a major depressive episode as compared to 7.5 percent for adults 26 to 49 and 4.8 percent for those 50 and older.

And according to a survey taken by gumtree.com, 86 percent of the 1,100 participants said they felt pressured to succeed in their careers, relationships, and finances before hitting 30.

It appears people in their early 20s to early 30s are experiencing depression, loss of faith, and stress comparable to a midlife crisis.

So how do you survive a quarter-life crisis and come out on top? Here are three things I found that really helped me get through.

The best thing I did for myself during my quarter-life crisis was what I did for those around me.

Granted, I never did any big, grand gesture of service. I never went to a foreign country to dig wells or donated a kidney. But the small things I did do, like feed the missionaries, teach sunbeams, write to my missionary sister, tend my nephew—those things helped more than I can say.

These small acts of service got me out of my self-pity funk and made me realize there was more to the world than my problems and, in the grand scheme of things, my problems weren't really as serious or as permanent as I thought. I felt real joy and purpose in my life again.

In fact, we are taught that giving service to others is one of the best things we can do to feel true satisfaction in our lives.

As Elder L. Tom Perry wrote in a 1983 New Era article, "It is an eternal truth that the greatest satisfaction we find in this life is not that which is done for self but that which is given for the benefit of another."

And as President Monson said in his October 2009 general conference talk:

"To find real happiness, we must seek for it in a focus outside ourselves. No one has learned the meaning of living until he has surrendered his ego to the service of his fellow man. Service to others is akin to duty, the fulfillment of which brings true joy."

Even when times are good, service can bring a sense of satisfaction and joy to our lives that remind us of our true purposes on this earth.