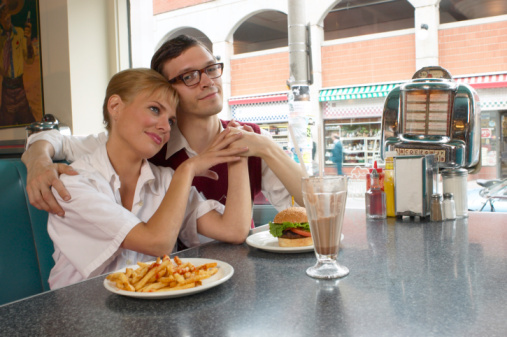 30 Days to a More Romantic Marriage

When my husband and I were dating, he brought me a rose every week. He promised to bring me one each week for the rest of our lives and continued to do so for the first few months of our marriage. Then, he decided it was more meaningful to do the dishes. So, after two months of marriage, the romance went down the drain--so to speak.

Twelve years and three children later, we have found that it takes a conscious effort to keep the love alive. In his book 1001 Ways to be Romantic, Gregory J. P. Godek says that romance is about the little things. It's much more about the small gestures—the little ways of making daily life with your love a bit more special—than it is about the extravagant, expensive gestures.

His ideas include doing something romantic for your spouse every day for thirty days. I decided to give this idea a try. It was fun surprising my husband and seeing his reactions. Here are some of the creative, inexpensive ways I showed my love for him and the results I saw.

1. First, I made a card and put it under the windshield wiper of his car. He thanked me as soon as he got home from work.

2. The next day, I left a treat and note on the seat of his car. After I did this, my husband said he was going to have to keep an eye on me.

3. On the third day, I sent a card in the mail. When it arrived, I stuck it in with the rest of his letters. Upon finding the card I sent him, my husband said that all these little surprises made him feel special.

4. I put a romantic movie from the library and some licorice on his pillow on the fourth day. After the kids went to bed, we watched the movie together, but he fell asleep half way through it.

5. The following morning, I wrote "I Love You" and drew a big heart on the bathroom mirror in red lipstick. When my husband discovered the message I wrote on the mirror, he showed it to our children. Later that day, my three year old son scribbled on the mirror with red fingernail polish. I guess he wanted to show me how much he loved me too. (Note: "Goo" cleanser removes lipstick.)

6. I taped red paper hearts all over his windshield and wrote titles and lines of love songs or poems that I liked and wrote, "I love you" in several different languages on different hearts. My husband caught me taping the hearts on his windshield, but later I could hear him laughing as he read them.

7. Right before my husband left on a trip, I taped some of our favorite love songs and stuck the tape in his car stereo. Later, he called to thank me.

8. While he was away, I called his voicemail to sing lines of love songs like, "I just called to say I love you" and "Have I told you lately that I love you?" It made me feel closer to him and he said he laughed when he got the messages.

9. The night after he returned, I read him some poetry by Robert and Elizabeth Browning.

10. The next day we started reading a book on improving marriage relationships.

11. One day I printed and framed a poem I wrote and put it on a side table in our living room. As soon as my husband walked in the door, my children pointed out the poem I had framed and my husband sat down to read it. You can also use a poem that's already been written or print and frame the words of a love song.

12. I sent him an e-mail that said: "How do I love thee? Let me count the ways." Then listed all the reasons why I love him.

13. On a subsequent evening, I checked out a dance instruction video from the library. My husband was very reluctant to try it so, the first night we watched it together and, while he lay in bed, I practiced the steps. The next night he agreed to at least try it. We learned the swing and once he got it down, he admitted that he actually liked it.

For the next several nights we learned to waltz, do the Foxtrot, Jitterbug, Cha Cha, Electric Slide and others. For a crash course in dancing, try Cal Pozo's Learn to Dance in Minutes series entitled "Party Dancing."

Joining in the Game

By that time I thought, being the competitive person that he is, that he would have gotten into the game and started doing sneaky, romantic things for me too, but not so. Still, I persisted because I was having such fun surprising him. Besides, following the first two weeks of these little surprises, our love and appreciation for each other increased.

A few months later my husband came home with a bag of dishtowels because he noticed that we were running out of them. I took one out of the bag and put the rest in a drawer. Later my husband asked me if I had taken all the rags out of the bag. I told him I hadn't and wondered why he cared. He told me to take them all out. Feeling a little irritated by his request, I pulled the rags out of the bag. Along with them came one of my favorite candy bars. I hugged and thanked him. The little surprises I'd done for him had paid off after all.

Six months after my romantic experiment, my husband and I attended a Christmas dance. He usually doesn't care to dance much, but we did the few swing dance steps we had learned and ended up dancing to every song and staying until the dance ended.

If you want to rekindle the romance or keep the love alive in your marriage, try doing something nice for your spouse every day for one month. You can try some of the ideas listed above or come up with your own. Either way, by the end of the month you are sure to rekindle that old spark!