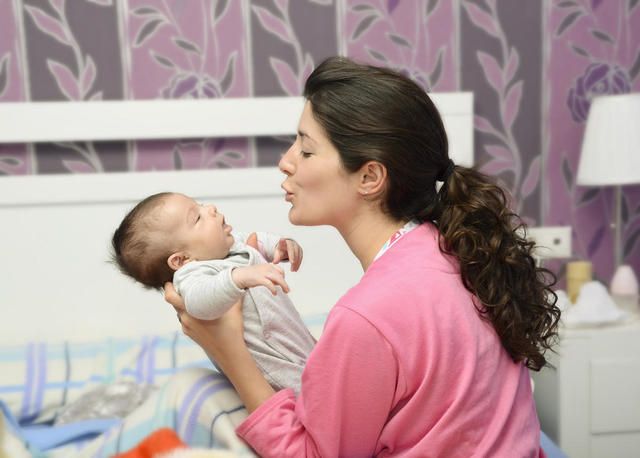 A few new moms might be comfortable talking about the extremely personal details of motherhood, but most are not. Unless she offers up the information herself, please don't ask about how much weight she's gained or how much she still needs to lose. Don't ask to see her stretch marks. Don't tell her she looks tired or smells like milk.

Instead, tell her she's beautiful, strong, and brave. Compliment her on the miraculous feat she's accomplished in bringing a child into the world and in navigating new and unknown territory. Point out the sparkle in her eye as she cuddles her little one. Comment on what she's doing right.

Elder Holland said, "I say to mothers collectively, in the name of the Lord, you are magnificent. You are doing terrifically well. The very fact that you have been given such a responsibility is everlasting evidence of the trust your Father in Heaven has in you."

The following quote from Marjory Pay Hinckley sums up motherhood and true beauty well. She said:

"I don't want to drive up to the pearly gates in a shiny sports car, wearing beautifully tailored clothes, my hair expertly coiffed, and with long, perfectly manicured fingernails.

"I want to drive up in a station wagon that has mud on the wheels from taking kids to scout camp.

"I want to be there with a smudge of peanut butter on my shirt from making sandwhiches for a sick neighbors chidlren.

"I want to be there with a little dirt under my fingernails from helping to weed someone's garden.

"I want to be there with my chidren's sticky kisses on my cheeks and the tears of a friend on my shoulder.

"I want the Lord to know I was really here and that I really lived."

Mormon Life Motherhood AdviceMotherhood,Advice,Mormon Life
Comments and feedback can be sent to feedback@ldsliving.com