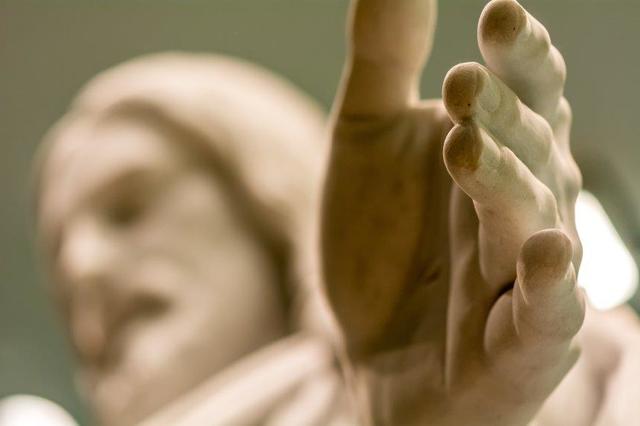 4 Tips to Help You Focus During the Sacrament

When Jesus visited the Americas after His death, He told the people this:

"And it shall be a testimony unto the Father that ye do always remember me" (3 Nephi 18:7).

But obviously it’s a real struggle to remember Christ as much as He would like. There is, however, one set-aside event where our only goal is to think about Christ and His sacrifice for us: sacrament meeting.

Picture the following scene in your mind:

The sacrament begins. You bow your head for the prayer and a crick in your neck makes you twinge. The prayer finishes and your phone chirps. It’s a text. Or Facebook. You try to tune it out even though you’re dying to read it. Maybe it has to do with that project you’re working on. Now it’s all you can think about. I’ve got to get that done, you think as you take a piece of bread and pass it on. Your back hurts from sitting up straight on a hard pew and it’s been hours since breakfast. Or perhaps it’s fast Sunday, and it’s been almost an entire day since you last ate. All you can think about is food. You know that piece of bread isn’t meant to fill you up, but you wish it would all the same. The prayer over the water is said. You glance around as it is passed and see a sister from the ward. Her name is Caroline. Oh no, you’ve done it now—Sweet Caroline, bum! Bum! Bum! Good times never seemed so good . . . the dreaded Spirit-killer, a catchy song. You take the water and pass it on too, humming along in your head. By the time you reach the end of the song, the bishop has dismissed the young men and the sacrament is over.

And the guilt settles in.

You know that you’re supposed to think about Jesus Christ and the Atonement during the sacrament, but you got distracted. The whole point of the sacrament was to perform an ordinance, and you were barely paying attention.

This has happened to all of us at one time or another. Instead of letting our minds wander, we know we should try to focus on what the sacrament means to us individually. The book Sacramental Reflections: Feasting at the Lord’s Table compiles many of the reflections Truman G. Madsen recorded thinking about during the sacrament before he passed away in 2009. Here are just four of those concepts to ponder as you listen to the sacrament prayers and renew your covenants this Sunday.

It’s a blessing to know that “knowledge of the Savior and self-knowledge flow together” during the sacrament. Take those few minutes of quiet contemplation and allow your mind to think back on your week. What did you do that was Christ-like? What did you do that wasn’t? How can you avoid those things in the coming week? George Q. Cannon once said:

We humble people, we who feel ourselves sometimes so worthless, so good-for-nothing, we are not so worthless as we think…We may be insignificant and contemptible in our own eyes and in the eyes of others, but the truth remains that we are children of God. (35)

The Atonement was a physically traumatizing event, and while you don’t need to go to the effort of grossing yourself out with mental images, imagine the atmosphere of that night that Jesus spent alone in Gethsemane. The story of the Atonement is written vividly, and differently, by each author of the four Gospels.

His images are drenched with feeling, as if [Christ] is pleading, ‘Can you picture that? Can you feel that? Can you respond to that?’”

Madsen points out that “imagination is inclusive of the whole range of human awareness, including feeling-tones” and that analytical conceptions are “cold and passionless.”

The subject of repentance is sometimes overlooked because of its personal nature. Success stories of repentance are often shared in the Ensign or on Facebook, while the unsuccessful stories generally get swept under the rug with a, “Maybe next time will be better.” However, if you take time during the sacrament to remember that the definition of repentance isn’t simply ‘to forget,’ you might find new insights. Elder Madsen reminds that repentance is deeper than forgiving or forgetting alone:

It requires an antidote.

Merely forgetting a past sin will never make it go away. In fact, Madsen believes that “remembering with peace, with gratitude, [and] with joy” will help the repentance process along. During the sacrament, reflect on the times that you have repented, or find something in your life that you haven't truly repented of yet and make a plan to start.

God makes all things new. Thank goodness for that! Can you imagine a world where you’re stuck in yesterday with no hope for progress or a future? Even if parts of your past were exquisitely happy, staying there defeats the point of our earthly progression. Thankfully, God has many new things for you to discover and inherit. Madsen points out that

The vital elements of sacramental observance, and the higher ordinances of the temple, are comprehended in one word: new.

The sacrament allows you to start over. Wash away all the dirt of the week before and start fresh. It’s like recharging your internal temptation-fighting batteries and letting “old things…pass away [so that] all things [can] become new.” 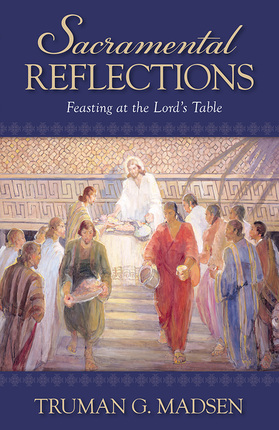 For more insights and suggestions for improving your focus and experience during the sacrament, check out Sacramental Reflections: Fasting at the Lord's Table.