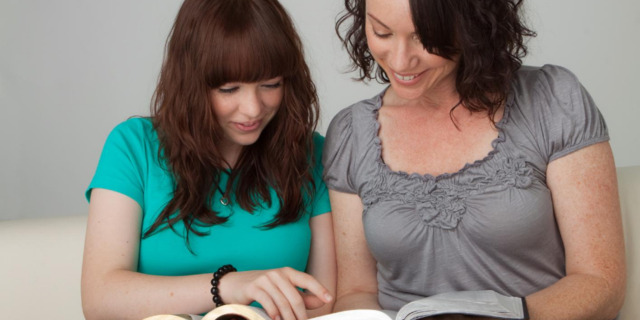 4 questions to answer from this week's 'Come, Follow Me' to be ready for war against the adversary

The war chapters. Perhaps you find the tales of these battles riveting as you explore the stratagem used by the Nephites and the Lamanites, or perhaps you struggle to find personal application as you read stories of conflict.

In this week’s episode of the Sunday on Monday study group, Brooke Romney shares an experience that changed the way she viewed these chapters:

I had a friend who was going through a really difficult time with her husband. She found out he'd been having an affair, and it was devastating. When she was telling me about how she had gotten through, she said that she clung to the war chapters. And I was like, "Wait, the war chapters? Like, why, you know, don't you want to go to the Beatitudes or 3 Nephi or something?" And she said [it was] because she felt like she was fighting for her family.

And that completely changed things as I read this because instead of thinking about it as a war, it felt really personal to me, like a war against the adversary.

As you read Alma 43–52, we thought it would be helpful to highlight some verses that can help prepare you in your own personal war against the adversary.

What is my design?

One of the reasons the Nephites find success in the war is because of the intentional way Moroni organized his people to work together with a specific “design.” In chapter 43, we learn that the designs (or desires) of Antionum were to “stir up the Lamanites to anger against the Nephites . . . that he might usurp great power over them” (Alma 43:8). On the other side, Moroni and the Nephites’ design was to “support their lands, and their houses, and their wives and their children, that they might preserve them from the hands of their enemies; and also that they might preserve their rights and their privileges, yea, and also their liberty, that they might worship God according to their desires” (Alma 43:9).

In this week’s episode of Sunday on Monday, host Tammy Uzelac Hall issues an invitation for listeners:

She then encourages listeners to write a goal that will help them accomplish their design.

The Sunday on Monday Study Group is a Deseret Bookshelf PLUS+ original presented by LDS Living. You can access the full study group discussion through the Bookshelf app. Listen to a segment of this week's episode above or listen to the full Sunday on Monday episode here.

How can I avoid temptation?

In Alma 47:10–12, Amalickiah persistently asks Lehonti to “come down” and meet with him. In his October 2008 general conference address, “Christian Courage: The Price of Discipleship,” Elder Robert D. Hales shared the following:

In the Book of Mormon, we read about Lehonti and his men camped upon a mount. The traitorous Amalickiah urged Lehonti to “come down” and meet him in the valley. But when Lehonti left the high ground, he was poisoned “by degrees” until he died, and his army fell into Amalickiah’s hands (see Alma 47). By arguments and accusations, some people bait us to leave the high ground. The high ground is where the light is. It’s where we see the first light of morning and the last light in the evening. It is the safe ground. It is true and where knowledge is. Sometimes others want us to come down off the high ground and join them in a theological scrum in the mud. These few contentious individuals are set on picking religious fights, online or in person. We are always better staying on the higher ground of mutual respect and love.

In the Come, Follow Me–For Individuals and Families manual, we read:

Satan knows that most of us aren’t willing to commit big sins or believe big lies. Therefore, he uses subtle lies and temptations to lead us into seemingly small sins﻿—as many as he thinks we will accept. He continues to do this until we have strayed far from the safety of righteous living. . . . As you study, ponder how Satan may be trying to deceive you.

In Alma 48:17 we read, “If all men had been, and were, and ever would be, like unto Moroni, behold, the very powers of hell would have been shaken forever; yea, the devil would never have power over the hearts of the children of men.”

The Come, Follow Me–For Individuals and Families manual notes that if we follow the admonition to become “like unto Moroni” we can become more like the Savior and lessen the power of the adversary in our lives. It suggests doing the following:

Pay attention to Moroni’s attributes and actions that are described throughout Alma 43–52 but particularly in 46:11–28 and 48:7–17. What impresses you about this “mighty man”? How can attributes and actions like his weaken the power of the devil in your life? Ponder what you feel inspired to do to follow Moroni’s example and become more like the Savior.

How can I teach my children to resist temptation?

The war chapters mark the first chapters not represented in the Church’s Book of Mormon videos, but if you’re looking for a video to engage your youth, the Come, Follow Me for Aaronic Priesthood and Young Women manual suggest four videos to accompany this week’s lesson: “Dare to Stand Alone,” “195 Dresses,” “Stay within the Lines,” and “Guided Safely Home.”