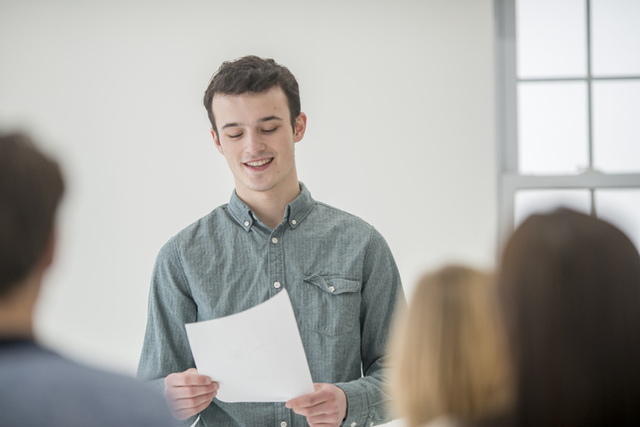 43 Poems Perfect for Your Next Talk or Lesson

The following story originally ran on LDS Living in June 2015 but has been updated.

When searching for resources to help write a talk or lesson, there are a few unique resources we often overlook. Poetry is one of them. And that's a shame—a good poem, or even just a few lines from one, can help a lesson's message stick in our minds long after the meeting is over. (Who can forget President Monson and the "Good Timber" poem he shared in conference?)

Follow the example of general authorities and start using poetry in your talks and lessons with this handy list, sorted by topic. And don't worry about appropriateness—all of these poems have been quoted over the pulpit in conference.

Remember: While not every topic is represented, many poems will work for multiple subjects. Check out something related to your subject to find something that might work.

Still can't find anything? Check out the additional resources at the end of this post for more.

"My Mom Bought Me a White Dress"
By Elder Perry's Daughter

“The Bridge Builder”
By Will Allen Dromgoole

“Equipment”
By Edgar A. Guest

“The Cry of the Alien”
By Strickland Gillilan

“The Gate of the Year”
By M. Louise Haskins

"Our Heritage"
By Boyd K. Packer

"Law of the Jungle"
By Rudyard Kipling

“How Different”
By Richard Trench

“I Would Be Worthy”
By Hugh B. Brown

"Father, Where Shall I Work Today?"
By Meade McGuire

"I Met a Stranger in the Night"
Author Unknown

"Rock Me to Sleep"
By Elizabeth Akers Allen

"The Reading Mother"
By Strickland Gillilan

“Which Loved Best?”
By Joy Allison

"Stick to Your Task"
Author Unknown

"A Prayer"
By John Drinkwater

"Behold the Man"
By Keith B. McMullin

"The Touch of the Master’s Hand"
By Myra Brooks Welch

"Around the Corner"
By Charles Hanson Towne

“Living What We Pray For”
Author Unknown

"All the Water in the World"
Author Unknown

“Dare to be a Mormon”
Author Unknown

"What is Tithing?"
Author Unknown

"Worth While"
By Ella Wheeler Wilcox

"Fast and Slow"
By John Ciardi

If you can't find a poem that works in the above list, there are a few other great resources you can check out for Church-themed poems:

Best-loved Poems of the LDS People

Here is the greatest collection of classic poems recited by members of the Church since the turn of the century. You'll find poems that are perfect for talks on prayer, faith, families, aging, and so on. There are poems for dozens of occasions and holidays as well. Works by some of the world's best-known poets such as Shakespeare, Dickinson, Longfellow, Wordsworth, and Kipling are included alongside classic Latter-day Saint poets W.W. Phelps, Eliza R. Snow, and David O. McKay.

The Church's magazines often publish poetry written by members. You can search these entries on ChurchofJesusChrist.org for more poetry related to your topic.

Hymn lyrics can also be read as poems—in fact, many often started off that way! Check the hymns by topic section of the hymnal to help you find a song and verse that are related to your subject.