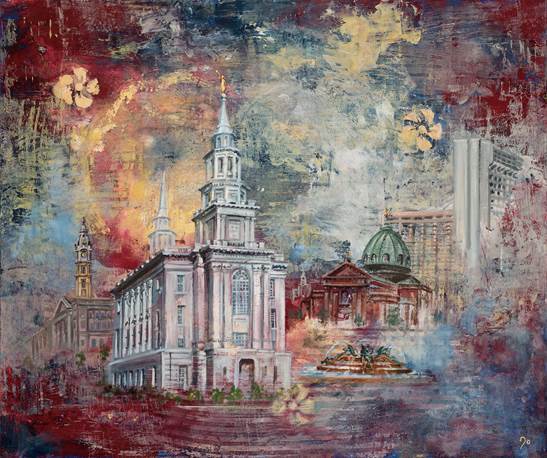 5 Beautiful Themes in Temple Architecture You May Have Missed 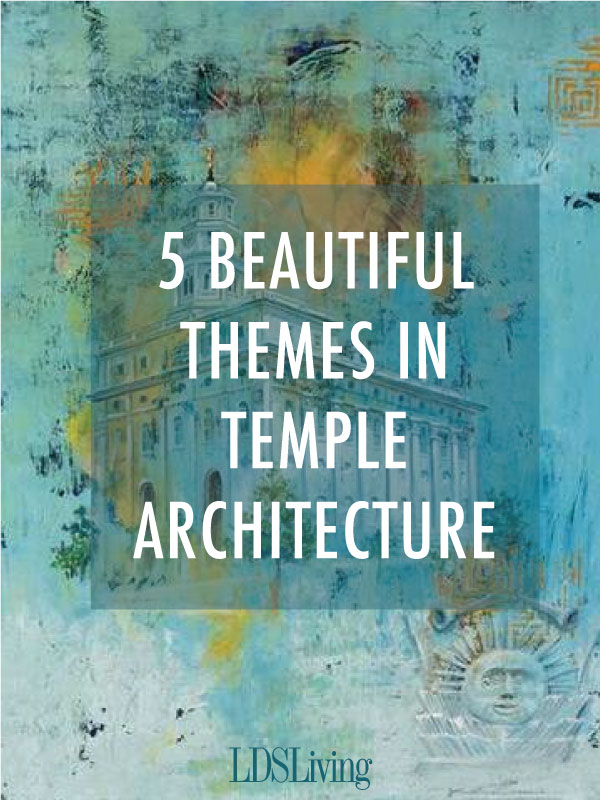 Jolynn Forman is a Latter-day Saint artist who researches the themes of different temples and incorporates those themes into her paintings. All artwork in this article is by Sister Forman.

Have you ever sat in the beautiful celestial room or sealing room in your local temple and noticed the unusual patterns in the rugs, windows, or decorative ceiling? Perhaps the patterns resembled a flower or symbol that felt familiar, but you were unsure what they meant or why they were there. Many members of the Church do not know that most temples have an architectural theme or motif that represents the area where the temple was built and/or a doctrine of the gospel. These themes could be a flower or plant that is grown in that area or a symbol of a cultural event from history or the people there. There are themes of the plan of salvation or Lehi’s dream, along with less religious designs, like the agave plant or apple blossoms. Who picks these motifs? And why are they there? 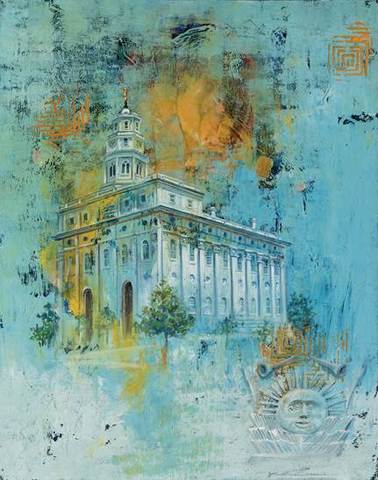 One of the first temples of the Restoration to have a consistent theme was the original Nauvoo Temple of 1846. The sunstone, or trumpet stone, was featured predominately on the top of the pilasters decorating the outside of the temple. 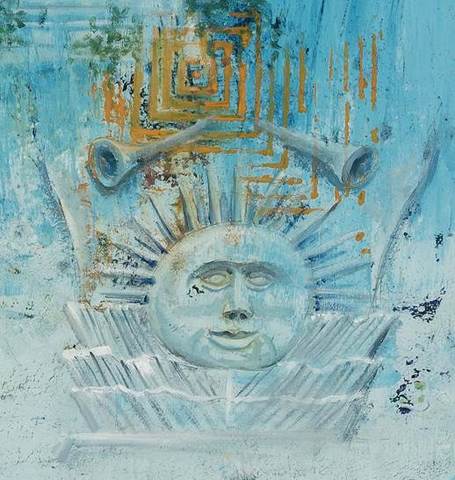 When people speak of the Nauvoo Illinois Temple, the sunstones are often mentioned. The pioneer stonecutters designed a sun with two hands above it holding trumpets. It represented the dawning of the gospel in this dispensation and the revelation of John in chapter 12 of Revelation: “[There] appeared a great wonder in heaven; a woman clothed with the sun.” There is symbolism throughout the image, from the number of sun rays to the star that is above it on the pilasters. The Salt Lake Temple and the Washington D.C. Temple also have sunstones on them that represent the same theme, although their designs differ. 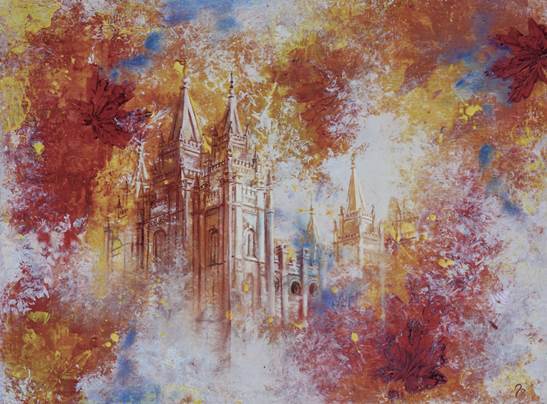 Another early temple with a well-known theme is the Salt Lake Temple in Utah, which features a beehive theme. The beehive represented harmony, order, and industry of the early pioneers. It was a persistent symbol that appeared on many of the historic buildings of the time period but no more so than in the temple. 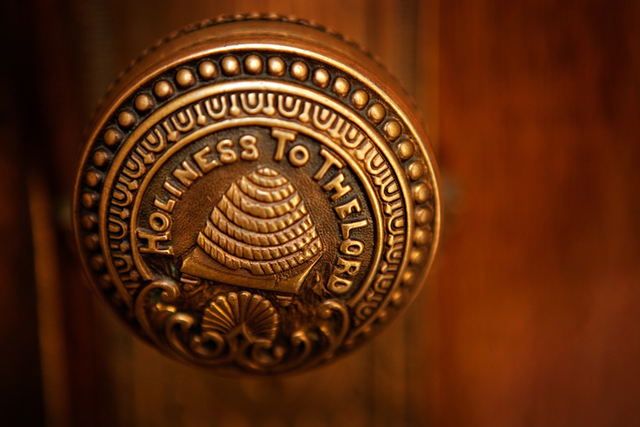 Walking through the temple, you will see it on doorknobs, in stone corners, and carved in the wood of the furniture. It is there to constantly remind the viewer of the sweetness of working together as a community and with God. 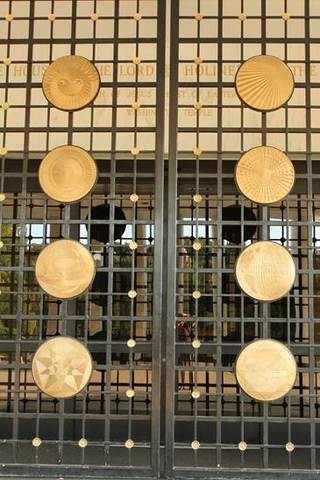 The Washington D.C. Temple has eight medallions on its ornate doors.

Modern-day themes can be simple, like the commonly seen circle in a square that represents heaven and earth coming together. Stars are a common theme in many temples, including the Salt Lake Temple, Washington D.C. Temple, Anchorage Alaska Temple, and Winter Quarters Nebraska Temple.

On the Washington D.C. temple doors, there is a star, a planet, concentric circles representing eternity, the sun complete with a face like the Nauvoo sunstone, the big dipper with the north star, the earth, seven concentric pentagons representing seven dispensations, and the moon. Close up pictures by David Steele.

Since the Big Dipper always points us to the North Star, temples use star symbolism to represent God’s own constancy, like the North Star, and to always direct us back to Him, like the Big Dipper. Other star themes use the Star of David, representing Christ. The San Diego California Temple has an eight-point star used over 10,000 times throughout the edifice, representative of the Melchizedek priesthood.