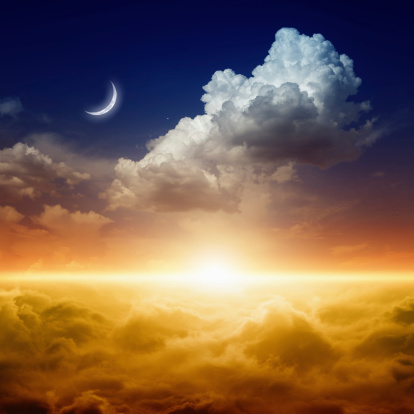 5 Millennium Myths You Thought Were True

As I completed the writing for the book Living in the Eleventh Hour, it occurred to me that there might be some value in continuing the trek, completing the story, if you will. I honestly had not anticipated a sequel. And so the next weekend I began what might be called a review of the literature. I turned first to the standard works and was absolutely blown away by how much the prophets have spoken about the millennial period. While I was certain that much of my data would come from the Doctrine and Covenants, I was stunned by the doctrinal detail in the Old Testament. I knew that the book of Revelation would be tremendously fertile ground, but I had not realized that the four Gospels, the epistles of Paul and Peter, and the teachings of modern prophets and apostles like Joseph Smith, Brigham Young, and Orson Pratt would be so fruitful as well.

I was also very much aware of the fact that too often writings in this field of study lead to wild and uncontrolled speculation, spiritual instability, and near obsession with particulars, even and especially when those particulars have not been made known through proper authorized channels.

>>You may also be interested: "5 Things You Didn't Know Will Happen in the Millennium"

Over the weeks that followed my decision to undertake such a work, I spoke often with members of the Church in an effort to pre-assess, to determine informally what the average member of the Church understood and didn’t understand about our Lord’s comings, the Millennium, and what follows resurrection and judgment. In the process, I encountered what I might call “Five Myths about the Millennium.” They are:

Myth #1. It is possible for a person to sit down with the scriptures and the writings of latter-day prophets and chart out an accurate and complete sequence of events between now and the Master’s return to earth.

It didn’t take me long to discover that such a task was fruitless, that it simply wasn’t doable. For one thing, the Lord and his prophets speak in broad terms, through general expressions, and they seldom become minutely specific about the when’s and the how’s.

Elder Bruce R. McConkie put it this way: “It is not always possible for us in our present state of spiritual enlightenment to put every event into an exact category or time frame. We are left to ponder and wonder about many things, perhaps to keep us alert and attentive to the commandments should the Lord come in our day. And some of the prophetic utterances apply to both pre- and post-millennial events; some have an initial and partial fulfillment in our day and shall have a second and grander completion in the days ahead” (The Millennial Messiah, Deseret Book, 1982, 251).

>>You may also like: "5 Things You Should Know About the Second Coming"

Myth #2. The Millennium has already come. We are now living in it.

This misunderstanding really shocked me. I met a surprising number of Latter-day Saints who remarked that the Millennium began some time ago—with the death of the Prophet Joseph Smith, the establishment of the state of Israel, the fall of the Berlin Wall and the Iron Curtain, or a number of other historical events.

The scriptures and the latter-day prophets are very clear and unambiguous on this matter: the Millennium is a thousand-year period of peace and righteousness that begins with the coming of Jesus Christ in power and glory to the whole world. All of God’s children will know when it happens. For one thing, the Savior’s coming in glory will be what the scriptures call the “end of the world,” which is the destruction of the wicked and the cleansing of the earth (Joseph Smith-Matthew 1:4, 31).

Myth #3. The Millennium will come about because goodness and decency and Christian civility will result in a world ready to receive its returning King.

This perspective is essentially what some historians or theologians call post-millennialism. It is based largely on the idea that there is within humankind an urge and a drive to progress, to move forward, to climb to greater heights, to create a better world.

Anyone who reads the daily newspaper or watches the news on television would look askance at this notion. Things are not getting better. Nor will they, at least not on this side of the Lord’s coming in glory. The Millennium will be brought about by the Savior’s power, and the wicked will be destroyed and sent to the spirit world, where they will remain for a thousand years. That millennial era will then, according to Nephi, be maintained by the righteousness of the people who are allowed to remain on the paradisiacal earth (1 Nephi 22:15, 26).

Myth #4. Latter-day Saints will be the only people on earth during the Millennium.

This myth may be a product of thinking that the blessings of the gospel of Jesus Christ only come to those who receive the ordinances of salvation and then live true to their covenants. We must keep in mind, however, that the millennial earth will be a terrestrial earth and that noble, God-fearing people will live here in that day when pain, sorrow, bodily decay and death, deceit, and misrepresentation will be no more. The gathering of Israel in that day—the mighty missionary thrust—will be accelerated beyond anything we can now comprehend. But moral agency is and forever will be alive and well, and not everyone will choose the blessings of the fullness of the gospel.

According to President Brigham Young, “there will be as many sects and parties then as now” (Journal of Discourses 11:275). On another occasion, President Young said: “In the millennium men will have the privilege of being Presbyterians, Methodists, or Infidels, but they will not have the privilege of treating the name and character of Deity as they have done heretofore. No, but every knee shall bow and every tongue confess to the glory of God the Father that Jesus is the Christ” (Journal of Discourses 12:274).

>>You may also be interested: "7 Things That Still Need to Happen Before the World Ends"

Myth #5. We must be patient and longsuffering and realize that consummate righteousness will come into our lives only after the Millennial Messiah comes to dwell on earth.

Patient? Yes. Longsuffering? To be sure. Some things will not—indeed, cannot—be brought to pass as long as wickedness and spiritual rebellion pollute planet earth. But there are some things about which we cannot afford to be patient and longsuffering. We can decide that we as individuals and as a people have, as President Spencer W. Kimball put it some years ago, “paused on some plateaus long enough.” He observed that “the basic decisions needed for us to move forward, as a people, must be made by the individual members of the Church” (Conference Report, April 1979, 114).

President Kimball also pointed out that when Satan is bound in a single home or in a single individual’s heart, we have begun to prepare ourselves in a significant way for the Millennium (Teachings of Spencer W. Kimball, Bookcraft, 1982, 172). President Gordon B. Hinckley likewise charged the Saints to “stand a little taller, to lift our eyes and stretch our minds to a greater comprehension and understanding of the grand millennial mission of this, The Church of Jesus Christ of Latter-day Saints. This is a season to be strong. It is a time to move forward without hesitation” (Conference Report, April 1995, 95).

We look to the future with an eye of faith, with a perspective informed by scripture and an outlook sustained by doctrinal optimism and gospel gladness. Ours is not a religion of doom and gloom but rather a way of life that evermore points us toward the One who beckons: “These things I have spoken unto you, that in me ye might have peace. In the world ye shall have tribulation: but be of good cheer; I have overcome the world” (John 16:33). In that supernal truth our souls can rest.

Learn more about life in the millennium in Robert L. Millet's book, Living in the Millennium.

The Savior taught through the Prophet Joseph Smith that the time will come when "he that liveth in righteousness shall be changed in the twinkling of an eye, and the earth shall pass away so as by fire" (Doctrine and Covenants 43:32).

What do we know about that day when Jesus Christ will come in glory to cleanse the earth? And what will life be like after He comes to reign?

In Living in the Millennium, the companion volume to Living in the Eleventh Hour, author Robert L. Millet shows us what life will be like during and after the Millennium. Relying on the words of prophets, he shares what has been revealed about Christ's preliminary appearances, His return in majesty and power, and His millennial reign—a thousand years of goodness and peace.