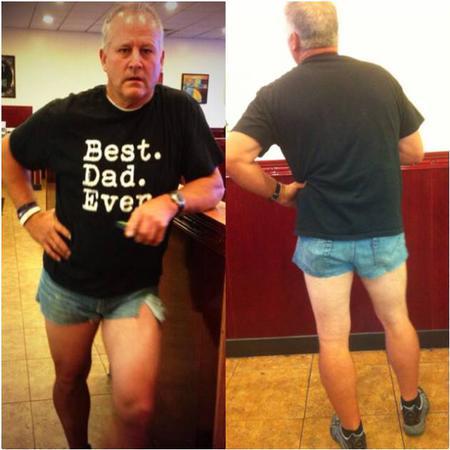 Here at LDS Living we love all things Mormon. And every once in a while, we see one or two Mormons turn into internet stars overnight in a phenomenon known as “going viral.” How many of these incredibly popular videos, blog posts, and pictures from Mormons did you see this year?

1. Husband of the Year

Jason Mortensen charmed millions of women with his sweet reaction to seeing his wife for the first time after waking up from anesthesia. In his groggy state of mind, Mortensen thought he was seeing her for the first time and fortunately didn’t have enough good things to say about her, or about how lucky he was when he found out they were married! His hilariously cute reaction has since earned him the title “Husband of the Year” as well as a "Most Memorable Moment" award from the Today show.

It's still so touching and adorable, you'll want to watch it again:

He’s a little guy with a big future! Two-year-old Titus Ashby of Derby, Kansas quickly earned a place in the limelight when the “trick shot” video his dad released, highlighting the toddler’s all-star basketball skills, went viral. Since then the adorable little boy has increased in fame, making appearances with Channing Tatum and Bradley Cooper, and on the “Jimmy Kimmel Live!” show with Shaquille O’Neal.

See the amazing movie that started it all:

3. Why Marriage Isn’t For You

The blog post with a catchy title and a profound message took social media by storm with more than 24 million views in just under a week. The post spread to news sites at an astonishing rate, inspiring many people to re-think the purpose of marriage and their personal role in it.

What Scott Mackintosh meant to be a simple lesson about modesty for his daughter, turned into a public affair after his family posted a picture of the “Best. Dad. Ever.” The viral picture was soon followed by a statement from Mackintosh to explain the real reason behind his embarrassing attire. Read it now.

When missionaries Elder Brad Witbeck of Cottonwood Heights, Utah, and Elder Aaron Potter of Idaho Falls, Idaho, took to New York City streets with buckets of chalk and a prayer, they had no idea just how far their message on the plan of salvation would spread. With a little planning and the help of local members, they chalked their way into the hearts of thousands: