From Dean Jagger to Marie Windsor and Donny Osmond to Gladys Knight, Mormons have shined throughout their careers in the entertainment industry.

Though navigating a difficult position of staying in the limelight and living gospel values, many Mormon entertainers, including actors, have shared their beliefs through their vibrant examples. But did you know some did so as child actors?

Here are some Mormons you probably didn't know were child actors and a little about the lives they've lived since. 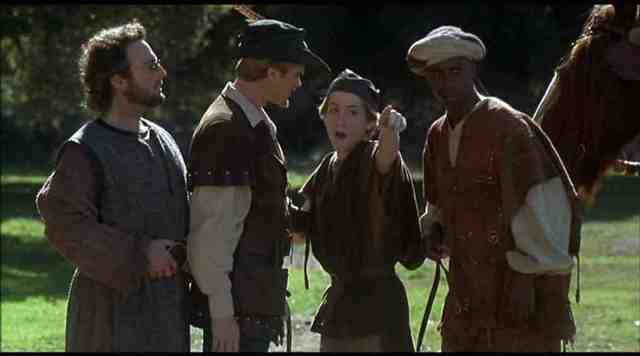 Corbin Allred was born May 25, 1979, in Salt Lake City, Utah. He began acting when he was just 12 years old after he attended an open casting call in Utah. Early in his career, Allred landed roles in Men in Tights, Teen Angel, Sabrina the Teenage Witch, and more.

In 1999, despite reaching a busy time in his career, Allred put acting on hold to serve a mission in Australia. Before he left, however, his costar in Anywhere but Here, Natalie Portman, called to wish him luck on his Mormon mission.

"When we were working on that film, I had told her that I was a Latter-day Saint and we visited just a little bit about religion. I told her that a mission was something that I was going to do and she told me to let her know if I was going on a mission and where I was going," Allred told LDS Living. "And so, several months later after filming that film, I got my mission call and I shot her a message that I had received the call and where I was going. The night before I went into the MTC, she called to wish me luck. You know, this is somebody I had worked with months before on a film. She didn’t have to do that. She was very, very interested in what I was doing and cared enough to call me—to take time out of her busy schedule and her day to call me and wish me success on my mission."

► You'll also like: Natalie Portman Called to Wish Me Luck on My LDS Mission

In 2005, Allred married his wife, McKenzie. The two have three children and currently reside in Oregon, where Allred also works as a physician assistant. 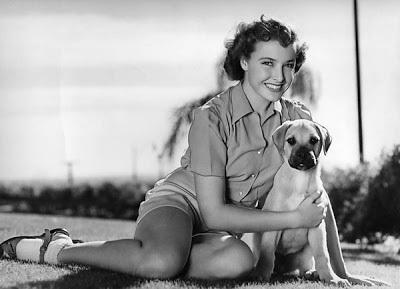 Born on October 13, 1920, to a prominent Mormon family in Utah, Laraine Day began her acting career as a member of the Long Beach Players when her parents moved to Long Beach, California. While in her teens, Day began acting in westerns where she caught the attention of MGM. After signing a contract with the studio in 1939, Day caught a break as Nurse Lamont in the Dr. Kildare series.

In 1942, Day married James Ray Hendricks and together they adopted three children. On January 20, 1947, Day received an interlocutory divorce from Hendricks that required her to wait a year before remarrying. Though she tried to receive a divorce decree in Mexico and married baseball manager Leo Durocher the next day, the judge declared her second divorce decree illegal and Day had to wait a year before remarrying Durocher.

Known as "The First Lady of Baseball," Day wrote A Day with the Giants in 1952 while Durocher was managing the New York Giants.

After divorcing Durocher in 1960, Day remarried Michael Grilikhes on March 7, 1961, and later had two daughters, Dana Laraine and Gigi. In 1961, Day appeared in the Mormon Tabernacle Choir's Let Freedom Ring production and earned a star on the Hollywood Walk of Fame in 1960. But after the birth of her daughters, she only occasionally appeared on film or TV until her death on November 10, 2007, at age 87.

Throughout her career as an actress and the sometimes intensive time in the public eye, Day maintained her LDS faith. In fact, she was known for never drinking alcohol, tea, or coffee, and never swore or smoked. Of why she chose to live this way in Hollywood, Day said of her faith: "It brings me comfort in a confusing world." 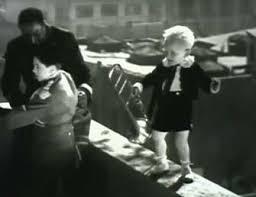 William John Bertanzetti, or "Billy Barty," was born on October 25, 1924, in Millsboro, Pennsylvania. Born with cartilage–hair hypoplasia dwarfism, Barty began his acting career at the age of three. But even at this young age, Barty's career began to blossom.

Throughout his life, Barty landed roles in a number of films. In 1927, he began playing Mickey Rooney's little brother in the Mickey McGuire series. Barty continued to land roles in both comedy and drama, including Willow, My Three Sons, Jericho, Get Smart, The Love Boat, Masters of the Universe, a voice part for the 1978 The Lord of the Rings, and other films. In all, Barty appeared in more than 200 films and starred in vaudeville, radio, and television shows.

In 1962, Barty married Shirley Bolingbroke of Malad City, Idaho. Together, they had two children: Lori Neilson and Braden Barty.

In 1981, Barty received a star on Hollywood's Walk of Fame for his skills as an actor, but he also reached behind his celebrity to help others.

In a time when not many resources were available for those with various forms of dwarfism, Barty founded Little People of America, a nonprofit organization that provides support and education for those who are short of stature and their families. The organization continues more than 60 years later and has more than 6,000 members, 13 districts, and 70 chapters.

► You'll also like: 8 Stars on the Hollywood Walk of Fame That Belong to Mormons 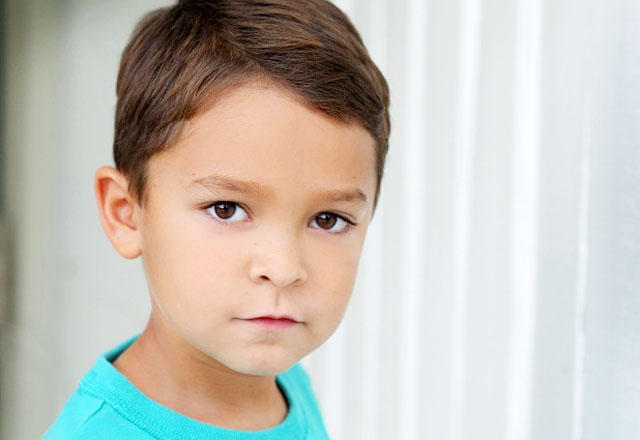 At 12 years old, Pierce Gagnon already has a career some actors would dream of.

Nominated for four awards, receiving his first nomination at age 8 for his work in Looper, Pierce has received praise for his incredible acting ability. "It's really rare to find a kid who can do what he does," the director of Looper Rian Johnson says. "He would do three-page dialogue scenes with Emily [Blunt] and Joe [Gordon-Levitt] and hold his own against them all the way through."

So far, Gagnon has landed roles in nine films and three TV series, including Tomorrowland, One Tree Hill, Looper, and Extant.

His younger brother Steele Gagnon has also appeared in a few roles, including voice acting for Kung Fu Panda 3 and Panda Paws. 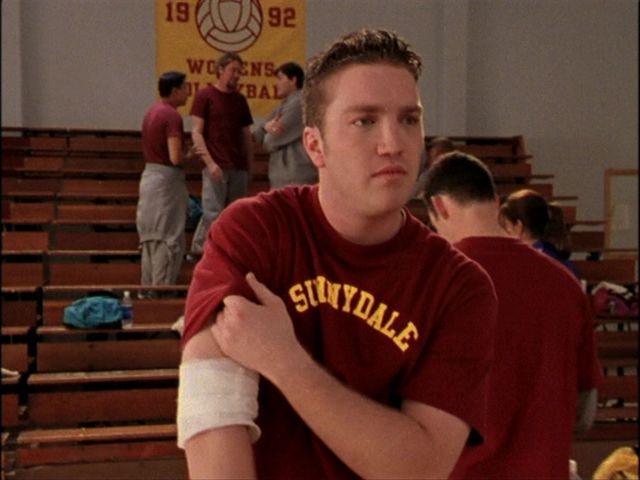 From the beginning, Larry Bagby was destined to find a career in entertainment. Born on March 7, 1974, in Marysville, California as Lawrence Bagby III, Bagby's father was part of a dance band and he would often get on stage to entertain audiences at an early age.

When he was 12 years old, Bagby began his acting career when his parents signed him up with a Hollywood film studio. In 1988, he landed his first credited role in the film Invasion Earth: The Aliens Are Here. After that, Bagby landed roles in a number of films and TV series, including Hocus Pocus, Buffy the Vampire Slayer, Saints and Soldiers, Walk the Line, Church Ball, Forever Strong, NCIS, Malcolm in the Middle, and many others.

Bagby also has a career as a musician, releasing his first albumWhere I Stand in 2005 and his EP On the Radio in 2007.

When speaking about his career as an actor and his Mormon faith, Bagby says he has had to find out for himself where he finds the balance between living the gospel and his work.

"There is such a fine line in many areas of the entertainment business and you have to figure out for yourself what you will and will not do," he said, according to imdb.com. "At times, as you take a stand, people become interested and you can share the gospel." 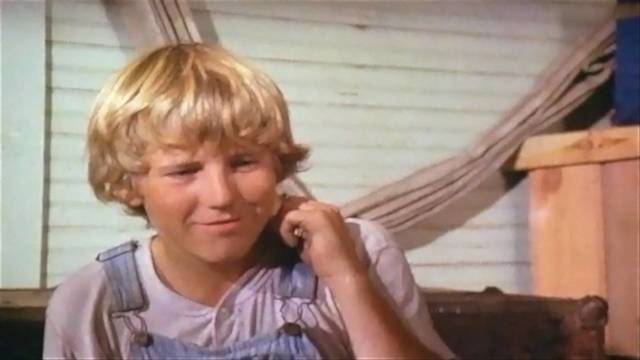 You may have cried your way through the classic film Where the Red Fern Grows once or twice, but through the tears, you may have noticed the lead actor, Stewart Petersen, seems a little familiar.

Born on a cattle ranch in Cokeville, Wyoming, Petersen's acting career began when he was 14 years old with Where the Red Fern Grows.

After serving a mission to the Netherlands, Petersen attended Rick's College and Brigham Young University before creating his own business, Magic Mountain Outfitters, and became the owner and operator of Frontier Summer Homes.

Currently, Petersen and his wife reside in his hometown of Cokeville.