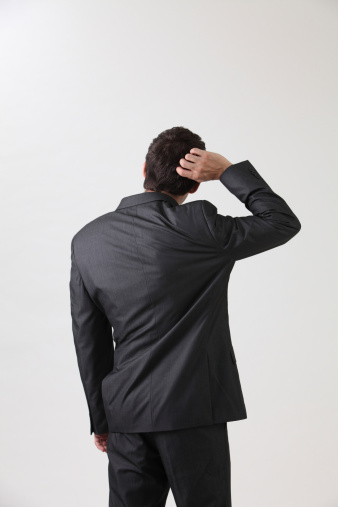 Serving a mission is one of the hardest, great, extraordinary, and life shaping experiences a young man or woman will ever have. For most, it’s the first time they are away from the comfort of home. Often they are in a new culture, speaking a new language, and living 24/7 with a companion who is perhaps not anything like them. Suddenly they are pushed onto a stage where they are expected to teach with power and authority and to have answers to difficult gospel questions.

As the scriptures state, in the eternal scheme of it all, they are called and chosen to do incredible things. Says Paul, “But God hath chosen the foolish things of the world to confound the wise; and God hath chosen the weak things of the world to confound the things which are mighty” (1 Corinthians 1:37). The Lord further states, “Wherefore, I the Lord ask you this question—unto what were ye ordained? To preach my gospel by the Spirit, even the Comforter which was sent forth to teach the truth” (D&C 50:13-14).

Missionaries are taught to show others how the Book of Mormon answers the questions of our souls.Here are five thought-provoking questions many missionaries ask and yearn for the answer. Parents, loved ones, and priesthood leaders can provide understanding and help answer questions from life's greatest handbook for living—The Book of Mormon.

1. Can I be a good missionary?

Many missionaries struggle with this question or its various subset doubts. Openly or quietly in their hearts many wonder, “Can I really do this?” “Can I teach the gospel in a way that others will understand?” Some will ask themselves, “I’m not the dynamic or outgoing type, so how can I teach people twice my age or those more educated than I am?” Others lament “Do I know the doctrine well enough? If an investigator asks me a question and I don’t know the answer, what will I do?”

Along the road of life, most of us encounter a calling, an expectation, or a responsibility that looms large and tests our capacities. Nephi was one young man who was no stranger to challenges. But, perhaps the most challenging test came when he was called to provide a ship and had to place not only his faith, but his life and the lives of his family, entirely in the Lord’s hands.

Who did Nephi look to as an example? He resorted to the example of Moses, who was also tasked with a responsibility he'd never contemplated or done. However, in all situations and circumstances, he knew who had called him. He trusted in the Creator not only of ships, but of worlds.

Who can we look to when we feel we are faced with a difficult and unknown challenge? Nephi. The chapters of 1 Nephi 17-18 are worthy of review, but just two impressive verses tell much about Nephi's trust in God when he said:

Yes, a mission is a challenge and the expectations are great. Missionaries both young and old will need to remember the capacity of He who calls them. He will show them "from time to time after what manner" they should do and how to do it. In the end, they will learn that it will not be "after the manner of men."

2. Why is there so much emphasis on obedience in the mission field?

Missionary life dictates the time to get up and go to bed, what style and color of clothing to wear, what music to listen to, and how we should interact with others. But that is because being an agent of the Lord requires a standard above any other.

It's important that missionaries not confuse the relationship between the rules and the principle of obedience to the rules. Obedience is the first law of heaven. It is primary to the covenants we make in the temple. Obedience brings blessings. It has less to do with keeping a specific mission rule and more to do with our attitude toward living this keystone principle.

The 2,060 Sons of Helaman are an example of those with an attitude that brought unparalleled results. Helaman said of these young men: “Yea and they did command with exactness; yea, and even according to their faith it was done unto them” (Alma 57:21). Obedience is more than a principle. Obedience is an attitude.

Earlier in The Book of Mormon, Nephi told his father Lehi that he would obey the Lord and keep the rules. He did not equivocate! He didn’t say he would try. He clearly stated that if God commands, then he will do what is asked. He knew God has His reasons, and that such is sufficient when he said, “I will go and do the things which the Lord hath commanded, for I know that the Lord giveth no commandments unto the children of men, save he shall prepare a way for them that they may accomplish the thing which he commandeth them” (1 Nephi 3:7).

3. What do I do if a fellow missionary doesn’t have the same standard of obedience that I feel?

This can be a hard one for some missionaries. They know they should be obedient, and they want to work hard. Sometimes a companion or district leader may not be as focused. Perhaps they choose to be more casual in their approach to doing missionary work. Young missionaries who want to have no regrets in looking back on their service to the Lord struggle with those who appear less committed.

It may be helpful to remember the Lord’s missionaries have three mini missions wrapped up in their charge to bring others to Christ. First, they seek to find, teach, and baptize those who are not yet members of the Church. Second, they have a charge to be an example and show forth good works to help bring others to Christ. Thirdly, they have a mission to their companions. Like an investigator or members, some companions can be easier to work with than others, but they are all worthwhile.

In all cases, the Lord gives us at least one solution. “Therefore, hold up your light that it may shine unto the world. Behold I am the light which ye shall hold up—that which you have seen me do. Behold ye see that I have prayed unto the Father, and ye all have witnessed” (3 Nephi 18:24). A missionary with a hard companion should never cross over the line of obedience. They must not compromise the Lord’s standard. However, they can be an example. They can be a reflection of the light of the Savior without being Pharisaic or pompous. Counseling quietly with a mission president, without condemnation, is always a worthy step as well.

Get the answers to more missionary questions in Missionary Questions of the Soul, which provides keys to answer missionaries may ask as they prepare to serve a mission or that investigators may ask them in the field. With this resource, the earnest seeker will discover their own answers and build testimonies.

4. Am I worthy to teach by the Spirit?

As a former mission president and MTC president, I can attest that this is a question many missionaries struggle with. Internally, they may be asking “I’ve been less than perfect in my life. How do I know if I’ve been forgiven so I can teach with power?” If a missionary has taken the steps required by the Lord to be forgiven of past sins, then that missionary should know he is forgiven, regardless of the sin.

But, if a missionary has been partial in confessions to priesthood leaders or selective in forgiving others, then they may not qualify for the peace that comes with repentance and forgiveness.

This dilemma and its answers run deep in Book of Mormon teachings. Enos found peace as his “soul hungered” and when “there came a voice” within him that stated, “Enos, thy sins are forgiven thee, thou shalt be blessed,” and, “I, Enos knew that God does not lie; wherefore, my guilt was swept away” (Enos 1:5-6). God does not promise that we will forget our sins, but He does promise that He will forget them.

Some missionaries’ memories of past sins plague them. For those missionaries, Alma the Younger’s story is worthy of study, as is the story of the four sons of Mosiah. Their transformation from the “vilest of all sinners” (Mosiah 28:4) led them to repentance and forgiveness, which gave them power to accomplish many extraordinary things. In fact, the whole story of the Book of Mormon pivots on the work of these incredible former sinners who were recovered by the Atonement. The mercy of the Savior covers all. In fact, His whole purpose is to make all who come unto Him spiritually whole again. The Savior follows with a commandment that we forgive others of their trespasses as a part of the cleansing process.

5. How do I keep from becoming discouraged when facing homesickness, disappointments, health concerns, and other adversities?

Adversity and opposition is a part of earth life. It’s a given that missionaries will encounter discouragement, a multitude of disappointments, and even illness during their missions.

In the experience of Lehi and Nephi, we are reminded, “But behold, all things have been done in the wisdom of him who knoweth all things” (2 Nephi 2:24), and that we should remember, “O how great the holiness of our God! For he knoweth all things, and there is not anything save he knows it” (2 Nephi 9:20).

God knows and understands which missionary companions we are assigned to work with, who will have health challenges, and which investigators will unexpectedly drop from the teaching pool. There are no surprises to Heavenly Father.

However, since His sole purpose is to help His children become as He is, everything He does or allows to happen has divine purpose and potential. As Lehi evidenced to his son, Jacob, “Thou knowest the greatness of God; and he shall consecrate thine afflictions for thy gain” (2 Nephi 2:2).

I add my testimony to Lehi’s. For those who have faith and trust in Heavenly Father, every challenging companion, every disappointing day, every physical ailment or mental anguish will be consecrated for our gain and eternal development. Even the pain that comes through sin or poor personal choices can—if we fully turn to Heavenly Father and His Son—help shape us into becoming what they know we can become.

David Alan Christensen has been a religion professor at BYU Idaho teaching Book of Mormon, Teachings of the Living Prophets, and Missionary Preparation (currently an adjunct professor). He is a former bishop, stake president, mission president, and MTC president. He is the author of Missionary Questions of the Soul--Answers from the Book of Mormon, Power in Prayer--31 Teachings to Strengthen Our Connection with Heaven, and Parenting Principles--31 Teachings to Raise Children in Righteousness (to be released in March of 2015). Of his two sons and six daughters, five served full-time missions. He counts his wife, Deena, as his best friend.