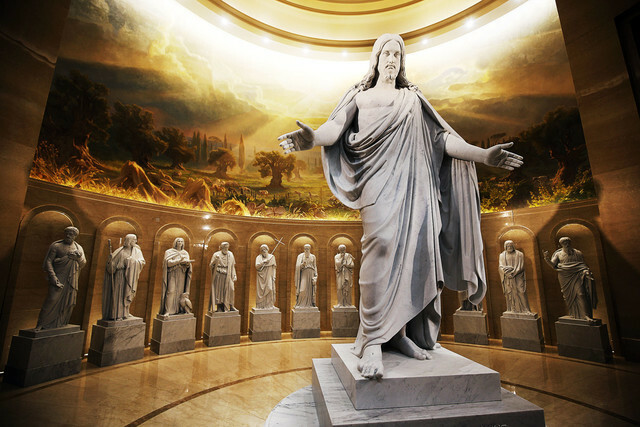 This article originally ran on LDS Living in August 2019.

Jesus the Christ is one of the most well-known books among Church members—and for good reason. Author James E. Talmage wrote this 804-page masterpiece in the Salt Lake Temple by hand at the request of the First Presidency. There is a whole lot of wisdom contained within its pages, but here are five quotes from Jesus the Christ we think every Latter-day Saint should know.

►You'll also like: 7 fascinating facts about James E. Talmage and his book Jesus the Christ

1. "The mortal probation is provided as an opportunity for advancement; but so great are the difficulties and the dangers, so strong is the influence of evil in the world, and so weak is man in resistance thereto, that without the aid of a power above that of humanity, no soul would find its way back to God from whom it came" (page 27).

2. “We are not told how soon the birth occurred after the arrival of Mary and her husband at Bethlehem. It may have been the purpose of the evangelist who made the record to touch upon matters of purely human interest as lightly as was consistent with the narration of fact, in order that the central truth might neither be hidden nor overshadowed by unimportant incident. We read in Holy Writ this only of the actual birth: 'And so it was, that, while they were there, the days were accomplished that she should be delivered. And she brought forth her firstborn son, and wrapped him in swaddling clothes, and laid him in a manger; because there was no room for them in the inn'" (page 92).

3. "Prayer is made up of heart throbs and the righteous yearnings of the soul, of supplication based on the realization of need, of contrition and pure desire. If there lives a man who has never really prayed, that man is a being apart from the order of the divine in human nature, a stranger in the family of God's children. Prayer is for the uplifting of the suppliant. God without our prayers would be God; but we without prayer cannot be admitted to the kingdom of God" (page 238).

►You'll also like: The Hebrew translation that deepened how I see the Atonement

4. "Every human soul is stamped with the image and superscription of God, however blurred and indistinct the line may have become through the corrosion or attrition of sin; and as unto Caesar should be rendered the coins upon which his effigy appeared, so unto God should be given the souls that bear His image" (page 546).

5. "The dominant note in all the railings and revilings, the ribaldry and mockery, with which the patient and submissive Christ was assailed while He hung, "lifted up" as He had said He would be, was that awful "If" hurled at Him by the devil's emissaries in the time of mortal agony; as in the season of the temptations immediately after His baptism it had been most insidiously pressed upon Him by the devil himself. That "If" was Satan's last shaft, keenly barbed and doubly envenomed, and it sped as with the fierce hiss of a viper. Was it possible in this the final and most dreadful stage of Christ's mission, to make Him doubt His divine Sonship, or, failing such, to taunt or anger the dying Savior into the use of His superhuman powers for personal relief or as an act of vengeance upon His tormentors? To achieve such a victory was Satan's desperate purpose. The shaft failed. Through taunts and derision, through blasphemous challenge and diabolical goading, the agonized Christ was silent" (page 658).

For the first time, this beloved gospel classic is available in a new journal edition, providing you large, faintly lined margins to use as a canvas to express your thoughts, document insights you’ve received, or create your own visual art, illuminations, or calligraphy. Since it was first published in September 1915, Jesus the Christ has been a classic text on the life and ministry of the Savior. Elder Marion G. Romney has said, “One who gets the understanding, the vision, and the spirit of the resurrected Lord through a careful study of the text Jesus the Christ by Elder James E. Talmage will find that he has greatly increased his moving faith in our glorified Redeemer.” The journal edition is available now at DeseretBook.com.