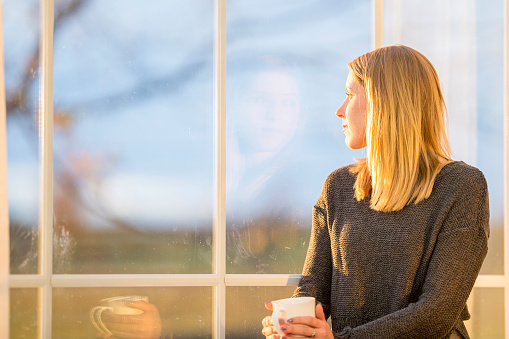 The first question Kristen Coltrin asks as she talks about suicide prevention with Church lay leaders is: What would you do if someone came to you with a crushed bone?

"I hate it when there's an orthopedic surgeon in the audience. That's happened quite a few times, unfortunately," Coltrin says in a Leading Saints podcast episode. "But for the most part, people will say, 'Well, get them to someone who will help them.'"

As Coltrin points out, the same should be said for those struggling with mental illness and suicidal thoughts. Though not quite as visible as a broken bone, the threat of suicide should be treated with the same urgency.

And though Coltrin is not a licensed therapist or an expert in suicide prevention training, she is using her experience as an intern for the for Idaho Suicide Prevention Hotline to help Church leaders in her community identify warning signs of suicide and to get help.

Here are a few ideas Coltrin suggested during the podcast.

As Coltrin explains in the podcast, warning signs and risk factors are the not same thing when it comes to helping those who are considering suicide.

Risk factors are conditions that could make a person more likely to consider suicide while warning signs could indicate a person is currently considering suicide.

For example, a prior suicide attempt, a history of mental health disorders, substance abuse, and/or a family member or friend who has died by suicide are risk factors, Coltrin says.

Most risk factors can be framed by three categories: lack of feeling connected, lack of belonging, and feeling like a burden, Coltrin says. She recommends Church leaders actively look for these things in their wards.

Warning signs are a more pressing indicator that someone could be suicidal. And though there are multiple warning signs, Coltrin mentions the inability to sleep, sleeping all the time, chronic fatigue, changes in weight, and becoming suddenly more religious or not religious at all are a few warning signs.

"We have to remember that one of these things alone isn't necessarily going to indicate a person is suicidal," Coltrin says. "But if we put them together, that just might be a cause for concern."

According to the American Foundation for Suicide Prevention, more warning signs could be:

If you are going to ask if someone is suicidal, it's best to as direct as possible, Coltrin says.

"We just want to ask them straight out, 'Are you thinking about suicide?'" she explains.

Though it may seem abrupt or rude, a question like "Are you thinking about hurting yourself?" is not as effective at getting a clear response.

► You'll also like: Preventing Youth Suicide in Our Wards and Families (+ Valuable Resources)

In Coltrin's experience with her presentations and by working at the Idaho Suicide Prevention Hotline, very rarely will a person actually say they are considering suicide.

"But a lot of times they will use indirect verbal clues like 'I'm just tired and I can't go on.' Or, 'My family would be better off without me.' Or, 'Who cares if I'm dead anyway?' Or, 'I just want out,'" she says.

To help a person who is considering suicide, Coltrin recommends an 80/20 rule: listening 80 percent of the time and talking 20 percent if someone begins using these verbal clues or invitations.

5. Know Where to Find Help

If someone does open up and say they are considering death by suicide, knowing where to direct ward members experiencing suicidal thoughts is vital.

According to Coltrin, the first line of defense is to call the suicide prevention hotline at 1-800-273-TALK (8255). The hotline is free and open 24/7 and will connect the caller with a hotline center in the state of their residence.

If someone isn't ready to call the hotline, you can also call as a third party.

"If you're sitting with someone and they don't want to call, you can call that number while they are sitting there with you and [the hotline] can walk you through what needs to happen for that person," Coltrin says.

If the threat of suicide seems very pressing, Coltrin recommends getting that person to a hospital or crisis center. If traveling isn't an option, Coltrin says to call the police dispatch and ask for a crisis-intervention-trained officer. However, Coltrin recommends calling dispatch as a last resort since the person considering suicide is handcuffed and driven in a police car to an emergency room.

"My favorite thing to say is when we know better, we do better," she says. "And Heavenly Father wants us to do better."