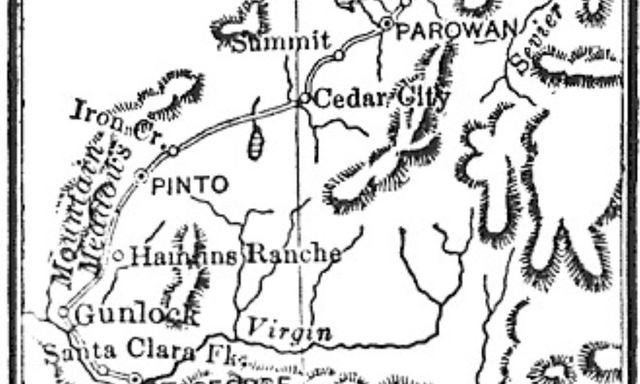 ​The Mountain Meadows Massacre: 5 Things Every Mormon Should Know

On September 11th, 1857, a group of Mormon militiamen persuaded a band of passing emigrants to march down a trail in Mountain Meadows, Utah. Under the pretense of protection and following the orders of their local Church leaders, these militiamen proceeded to execute 120 men, women, and children.

This actually happened. And we Mormons need to know that it happened.

Over the last 160 years, many apologists, seeking to combat anti-Mormon sentiment, have tried to explain or rationalize away the event. At one point, stories suggested the train of Arkansas emigrants had deliberately poisoned a spring and an ox carcass that made locals ill—a claim that was later proven false. Some reports maintained that the emigrants had threatened the lives of the settlers, while another theory placed the majority of blame upon the Paiute Indian tribe (which also participated in the massacre).

After a careful analysis of historical evidence, however, none of these explanations holds weight—and even if they were true, none of them would justify the death of so many. The massacre was simply one of the most horrific acts of violence committed on early American soil, and members of the Church were responsible.

Though the Church has made great efforts in recent years to heal the wounds caused by this event, the flame that was kindled in September of 1857 will probably never truly be extinguished. The massacre remains a favorite topic of discussion in anti-Mormon circles, where false claims exacerbating the Church’s involvement are often presented along with the truth.

The actual events of that fateful day, however, remain relevant for Church members around the world. So today, we at LDS Living seek both to memorialize the massacre’s victims and provide our readers with a factual understanding of the tragedy. Here are five facts surrounding the Mountain Meadows Massacre we should all understand.

1. The Church was under threat of government military attack.

In 1857, tensions were high between the Church and United States government. As a result of previous political wrangling, an army of more than 1,500 U.S. troops was reportedly marching toward the Utah Territory to put down perceived treason. In a 2007 Ensign article titled "Mountain Meadows Massacre," then-Assistant Church historian Richard Turley said that “the Saints believed the army was coming to oppress, drive, or even destroy them.”

Brigham Young and other leaders in Church headquarters created and enforced policies based on that perception. Preparing for the possibility of attack and the need to live off of stored supplies, Church members were instructed to gather supplies on mountain trails and refrain from trading any grain or ammunition to passing emigrants, of which there were many. This frustrated emigrant groups, like the Baker-Fancher party from Arkansas, who could not restock as expected when they reached the Mormon settlement at Cedar City.

Contrary to popular stories, the emigrants do not appear to have been guilty of poisoning anything or anyone. Neither were they guilty of actual threats to the local residents’ safety. However, a few idle threats and claims were made by emigrants who were frustrated at not being able to restock at this last stop on the way to California. Though these threats were immediately rebuked by the emigrant captains, the words were taken quite seriously by the tense local members. 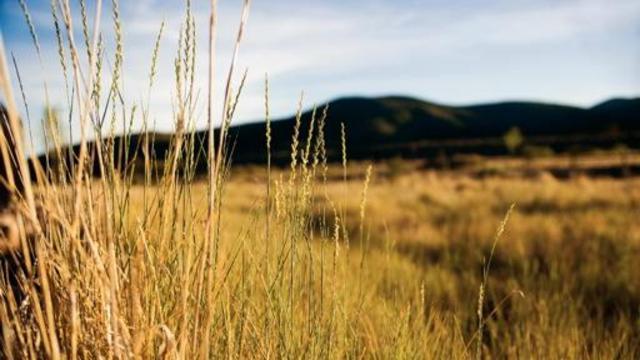 2. The massacre was planned and perpetrated by local Church leaders.

As a result of heated exchanges with the Cedar City members, the emigrant party departed toward Mountain Meadows, where there were enough supplies for their cattle. But mayor, militia major, and stake president Isaac Haight was unwilling to let the “offenders” leave in peace. He provided district militia commander William Dame (the mayor and stake president of nearby Parowan) with a list of grievances against the emigrants and requested permission to chasten them with military force.

Dame and his council did not originally grant this permission. “Words are but wind—they injure no one,” he replied. However, Haight and a neighboring militia leader, John D. Lee, were not so forgiving. They secretly planned to persuade a band of Paiute Indians to attack the emigrants, hoping to pin the impending blame on the tribe. Though the Paiutes were initially reluctant, Haight and Lee convinced them that the Baker-Fancher party was comprised of “enemy troops,” who would kill Indians as well as their Mormon friends.

Church members were stunned when told of the plan. They demanded to know whether Haight had consulted President Young before arriving at such an extreme decision. He replied that he had not, and agreed to send a letter to Salt Lake.

Though they had received no word from Church headquarters, Lee and the Indians made a premature attack. Several emigrants were killed, but the remainder successfully defended their camp. This failed action was not only a tragedy in itself, but it paved the way to an even greater loss of life: since the emigrants knew that they had been attacked by members of the Mormon settlement and not just Paiutes, Dame reluctantly granted Haight and Lee license to take offensive measure against them. This permission was an attempt to prevent retaliatory military action from the government, which they believed was likely if tales of Mormon involvement in the attack were spread.

On September 11th, an armed militia approached the emigrants under a white flag. The emigrants, with few other options, agreed to the militia’s proposal: They would guard the emigrants on their path past the Paiutes, provided the emigrants temporarily surrendered their weapons as a display of peace.

Turley recounts the following event: “As directed, the youngest children and wounded left the wagon corral first, driven in two wagons, followed by women and children on foot. The men and older boys filed out last, each escorted by an armed militiaman. The procession marched on for about a mile or so until, at a prearranged signal, each militiaman turned and shot the emigrant next to him, while Indians rushed from their hiding place to attack the terrified women and children. Militiamen with the two front-running wagons murdered the wounded. Despite plans to pin the massacre on the Paiutes—and persistent subsequent efforts to do so—Nephi Johnson later maintained that his fellow militiamen did most of the killing.”

President Young’s letter, dated September 10th, arrived two days later. “In regard to emigration trains passing through our settlements, we must not interfere with them,” he wrote. “You must not meddle with them . . . if those who are there will leave, let them go in peace. While we should be on the alert, on hand, and always ready, we should also possess ourselves in patience . . . always remembering that God rules.”

When Haight read President Young’s reply, he sobbed like a child.

4. Church members involved in the massacre faced discipline and trial.

In those days, legal proceedings did not work as efficiently or quickly as they do today—but some measure of justice was still delivered. In the same Ensign article, Turley continues, “Although Brigham Young and other Church leaders in Salt Lake City learned of the massacre soon after it happened, their understanding of the extent of the settlers’ involvement and the terrible details of the crime came incrementally over time. In 1859, they released from their callings stake president Isaac Haight and other prominent Church leaders in Cedar City who had a role in the massacre. In 1870, they excommunicated Isaac Haight and John D. Lee from the Church.

“In 1874, a territorial grand jury indicted nine men for their role in the massacre. Most of them were eventually arrested, though only Lee was tried, convicted, and executed for the crime. Another indicted man turned state’s evidence, and others spent many years running from the law. Other militiamen who carried out the massacre labored the rest of their lives under a horrible sense of guilt and recurring nightmares of what they had done and seen.” 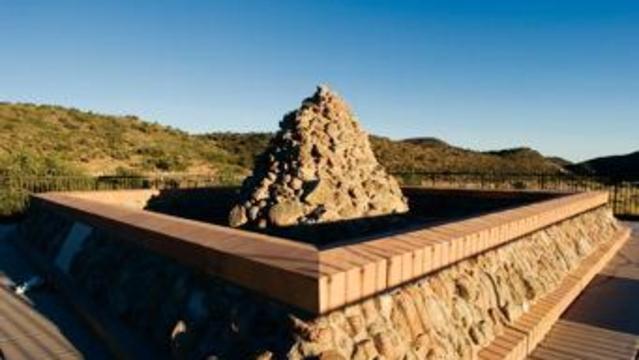 5. Some Church members today are descendants of the massacre’s survivors.

During the massacre, 17 children were spared, considered “too young to tell tales.” They were raised by local families until 1859, when government officials returned them to surviving family members in Arkansas. Some of these 17 children have descendants in the Church today. James Sanders, a great-grandson of massacre survivor Nancy Saphrona Huff, says that learning his ancestor had been killed at Mountain Meadows “didn’t affect my faith because it’s based on Jesus Christ, not on any person in the Church.” He continues, “I still feel pain; I still feel anger and sadness that the massacre happened. But I know that the people who did this will be accountable before the Lord, and that brings me peace.”

At the 2007 sesquicentennial of the massacre, President Henry B. Eyring said, “The truth, as we have come to know it, saddens us deeply. The gospel of Jesus Christ that we espouse abhors the cold-blooded killing of men, women, and children. Indeed, it advocates peace and forgiveness. What was done here long ago by members of our Church represents a terrible and inexcusable departure from Christian teaching and conduct. We cannot change what happened, but we can remember and honor those who were killed here.”