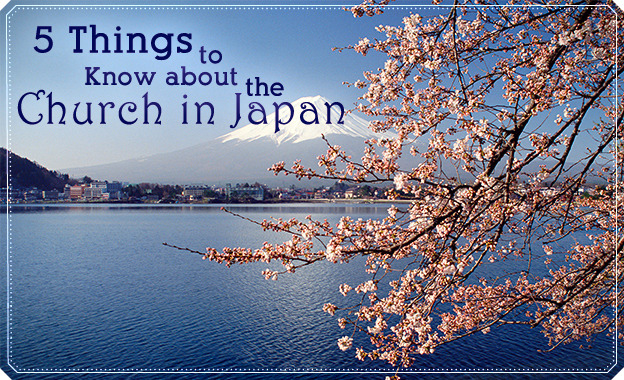 5 Things to Know about the Church in Japan

1. President Kimball called the Tokyo temple dedication as “the most significant and important event in the history of Asia.”

As the first temple in Asia (an area that encompasses 4.2 billion people) and the first temple in a non-Christian country, the Tokyo temple dedication was something special, to be sure. Today, there are two temples in Japan: the Tokyo Japan Temple and the Fukuoka Japan Temple. A third temple, to be built in Sapporo, is currently under construction.

In 1901, Elder Heber J. Grant, then of the Quorum of the Twelve, arrived in Japan with three missionaries—Horace S. Ensign, Louis A. Kelsch, and Alma O. Taylor. Under Elder Grant’s direction, they established the first Church mission in Asia, with headquarters in Tokyo. Fast-forward to 1924, when the Church in Japan hit its first real roadblock. Heber J. Grant, now president of the Church, decided to close down the mission to await a more “favorable time.” In 1927, the First Presidency appointed one convert—Fujiya Nara—over the small group that remained, and in 1948, they were given permission to return to Japan to preach the gospel. What did they find? A group of around 50 Saints meeting with Fujiya every Sunday.

3. Many Church leaders in Japan are self-employed or work in education.

In Japan, “all work and no play” is the name of the office game. Typical Japanese employees leave their home around 7:30 a.m. and don’t get home until past 10 p.m. “Japanese corporations expect to be the number one priority in the lives of their employees,” says Lee A. Daniels, who served as stake president of the Tokyo South Stake. “In fact, I have only encountered a handful of Japanese members who have been able to balance the demands of a top corporation in Japan and be able to serve in leadership positions in the Church. Therefore, many of the Church leaders in Japan are self-employed or are in education.”

When talking about the Japanese Latter-day Saints, one word springs to mind: dedication. “The Japanese Saints are hardworking, all-sacrificing, loyal, and obedient,” says John Dorff, who is currently serving as a stake president in Tokyo. This devotion has led to the utmost respect for gospel principles.

But as dedicated as the Japanese Latter-day Saints are, it comes at a great sacrifice to their country’s cultural norms. “The Japanese have a very homogenous society and have a saying that if a nail sticks out, it needs to be hammered down,” says Lee A. Daniels, whose family lived in Japan for 18 years. “Unfortunately, when someone joins the Church, they stand out. It makes it very difficult for the Japanese to be successful in their society and be successful in serving in the Church.” This makes for a very specific set of obstacles that the Saints in Japan must overcome.

In its 113-year history, the Church in Japan has grown slowly but surely. “It’s a very subtle, steady growth,” says President Takashi Wada, president of the Japan Tokyo South Mission. “In all honesty, for so many years it felt like watching grass grow,” President Dorff adds. “It feels different now. There is hope in the air. It feels like there is energy and vitality in the testimonies shared and in the members’ lives.” And while the conversion numbers are more gradual than grand, the faith is strong and the ties are binding.

Read more about the Church in Japan in the January/February issue of LDS Living magazine, available at Deseret Book.