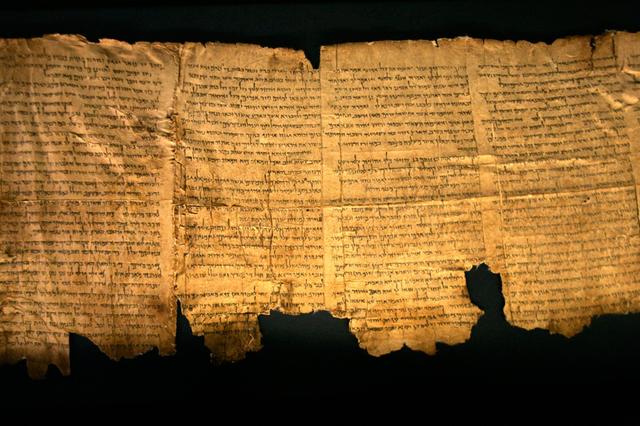 The discovery of the Dead Sea Scrolls is touted as the greatest archeological discovery of the 20th Century. While the insights they provide into the history of ancient Judaism and the text of the Hebrew Bible (Old Testament) cannot be overstated, the near 60-years it took to complete their publication led to decades of speculation, myth, intrigue, and rumor relating to the contents of the near 1,000 manuscripts uncovered in the Judaean Desert.

Such rumors were especially prevalent in Christian circles as individuals perpetuated ideas from deception and cover-up to further information about Jesus’ life from adolescence to young adulthood. Latter-day Saints were not devoid of such rumors, fabricating myths that were carefully tailored to the unique beliefs and practices of the restored gospel.

Noted LDS scholar Robert Millet has recounted some examples of these rumors and revealed the undesired consequence of their perpetuation among Latter-day Saints. Millet emphasizes that while “the Scrolls [are] interesting historical documents, [they do] very little for us doctrinally.”

It is with this important caveat that the following examples are presented, aimed at discussing interesting historical aspects of the hyper-religious Jewish community that produced the Dead Sea Scrolls that are of particular interest to Latter-day Saints.

These points give us a better lens by which to view a sect of Judaism that existed near the meridian of time and highlights the relationship between beliefs among the Latter-day Saints and ancient Judaism.

Listen to Joshua Matson's podcast with LDS Perspective's below, or visit the website here.

1. Many ancient Jews adhered to a broader canon of scripture than simply the books of the Hebrew Bible.

As emphasized among Latter-day Saints today, scripture played a vital role in the day-to-day life of the community that produced the Dead Sea Scrolls. The commission to study the scriptures even included the command that when groups within the community gathered, at least one among them were to be engaged in the study of scripture at all times. However, unlike later Jewish and Christian groups that closed their canon of authoritative texts with scriptural lists, the community that wrote the Dead Sea Scrolls appears to have had an open approach to what scripture was, similar to the Latter-day Saint definition of scripture as anything written as truth.

The Sectarian Manifesto, a letter written from the community to another Jewish group, preserves a list of the works that were considered authoritative among the community. This list consists of “the book of Moses, the books of the Prophets, and David and in the events of ages past.”

While some have argued that this list is a predecessor to Luke’s reference to the writings of “the Law of Moses, the Prophets, and the Psalms” (Luke 24:44) and the Hebrew Bible trifold division of the Law, the Prophets, and the Writings, the generality of the list leaves open the possibility of including other books (like Jubilees, Enoch, and Apocryphal books such as Tobit and Ben Sira) that are prominently preserved among the Scrolls’ manuscripts.

A study of the non-biblical scrolls from Qumran confirm that these additional texts were studied and frequently referenced as authoritative among the community.

2. Many ancient Jews preserved and believed in stories of biblical figures not found in the Hebrew Bible.

Akin to the stories of figures like Adam, Eve, Enoch, Noah, Abraham, and Sarah that are found in the Pearl of Great Price, the community that produced the Dead Sea Scrolls preserved additional stories about many of the same biblical figures. This large collection of manuscripts discovered at Qumran recall stories of biblical figures that are not preserved in our current Hebrew Bible. Some of the texts included among this category are the Genesis Apocryphon, Enoch, the Temple Scroll, Jubilees, and the Aramaic Levi Document.

While some of these manuscripts were previously known to scholars of the Hebrew Bible through translations in other languages and collected in what is known as the Pseudepigrapha, others shed additional light on how some ancient Jews viewed stories of Old Testament figures.

3. Some ancient Jews believed in a type of divine communication akin to prophecy.

The Dead Sea Scrolls hold the leader of their community in highest regard. This leader, called the Teacher of Righteousness, is described as having the ability to present divine communication in a way that appears as a continuation of prophecy.

Most scholars contend that this ability to access divine communication is peculiar in a time in which other texts attest that mankind no longer received divine communication. This continuation of revelation and prophecy throughout the Second Temple period mirrors the events of the Book of Mormon where prophets and prophecy are central to the record's narrative.

4. Some ancient Jews believed in likening scripture unto themselves.

Nephi’s commission concerning how one is to apply the writings of the Hebrew Bible to one’s own situation in 1 Nephi 19:21-24 is one of the most recognizable scriptures in the Book of Mormon. Uniquely, a group of texts discovered among the Dead Sea Scrolls appears to be built upon a similar tradition that is preserved in the genre of pesharim.

These ancient texts quote and interpret scriptures from the point of view of the present and apply scriptures from the Hebrew Bible to the events facing the contemporary community. These commentaries take a systematic approach in presenting their interpretation of authoritative scriptural texts such as Habakkuk, Isaiah, Hosea, Nahum, and the Psalms. These commentaries are one of the treasures of the Dead Sea Scrolls as they provide a lens into how scripture was interpreted by Jews living in the Second Temple period.

5. Some ancient Jews believed that sacrifices were allowed away from Jerusalem.

A unique reference to sacrifices in the Temple Scroll is of keen interest to Latter-day Saints as it pertains to an ancient Jewish tradition that intersects with an event recorded in the Book of Mormon. While the Hebrew Bible appears to attest that sacrifices were not allowed away from the Jerusalem tabernacle or temple, the Temple Scroll states, “You must not slaughter any clean ox, sheep, or goat in any of your towns within a three-day journey of My temple. Instead you must sacrifice it in My temple, making of it a burnt offering or a peace offering.” This reference to a three-day journey is reminiscent of the reference to Lehi’s building an altar for sacrifice after a three-day journey in 1 Nephi 2:6–7, and suggests that there were traditions among the Jews prior to the writing of the Dead Sea Scrolls that allowed for sacrifices away from the central temple in Jerusalem.

Taken together, these (non)rumors from the Dead Sea Scrolls provide some interesting points of contact with Latter-day Saint teachings and scripture.

Joshua Matson is a PhD student in Religions of Western Antiquity at Florida State University and a teacher at the Tallahassee Institute of Religion. Josh received his Bachelor’s Degree in Ancient Near Eastern Studies with University Honors from Brigham Young University in 2013. In 2015 he received his Master’s Degree in Biblical Studies from Trinity Western University, where he assisted in authoring publications facilitated by the Dead Sea Scrolls Institute. His research interests, presentations, and publications center on the Dead Sea Scrolls, the formation of scriptural canons, the Hebrew Bible Minor Prophets, the use of extra canonical texts in Jewish and Christian communities, the interaction between physical space and religion, and new religious movements based upon ancient traditions and texts. In addition to his academic pursuits, Josh currently serves as the Vice Chair of the Student Advisory Board for the Society of Biblical Literature.