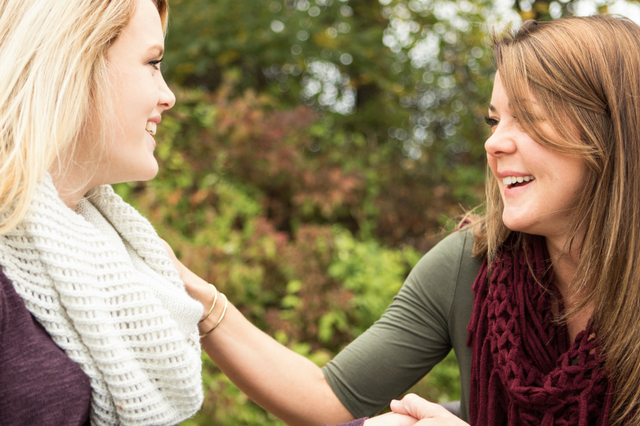 5 Ways to Lead More Like Christ in Any Calling

In 2 Nephi 31:12, the Lord admonishes us to “follow me, and do the things which ye have seen me do.” This admonition is especially important for leaders of the Church, who represent Him as they perform His work on the earth today.

In the October 2004 general conference, President Thomas S. Monson reinforced this principle by recalling how—from the time of his calling as a 22-year-old bishop—he has always kept a Heinrich Hofmann print of the Savior on the wall of his office across from his desk. “Whenever I have a difficult decision to make,” he said, “I have looked at that picture and asked myself, ‘What would He do?’ Then I try to do it. We can never go wrong when we choose to follow the Savior” (October 2004 general conference, “Choose You This Day”).

But how do we, as imperfect leaders, follow the perfect example of the Savior? We don’t have His divine abilities, knowledge, or attributes. How can we possibly lead like Him? Most of us don’t even have previous leadership experience before we are called to serve.

Working on faith that the Lord would not ask us to do something unless He “shall prepare a way for them that they may accomplish the thing which he commanded them” (1 Nephi 3:7), I’d like to suggest five things anyone from a new counselor in a deacons quorum presidency to an experienced stake Relief Society president can do to emulate the Lord’s leadership. Although we probably will not do it perfectly, striving to follow His perfect example will make us far more effective leaders.

How glorious it would be if all Church leaders could honestly say as the Savior did, “For I have given you an example, that ye should do as I have done to you” (John 13:15), and, “Therefore, what manner of men ought ye to be? Verily I say unto you, even as I am” (3 Nephi 27:27). A Church leader works to be a good example, especially when it comes to keeping the commandments. As Paul taught, “the Lord ordained that they which preach the gospel should live of the gospel” (1 Corinthians 9:14).

We can even set a good example in our imperfection. When mistakes are made, a leader who is trying to be more like the Savior will set an example of repentance.

Even in His most difficult moment in Gethsemane, He ended His prayer with the same three words He taught His disciples to use in their prayers: “thy will be done” (Matthew 26:42). A Christlike leader prays for similar guidance, follows inspired leaders, and seeks out and follows the promptings of the Spirit.

3. Be a visionary leader.

In my 30 years working in professional leadership development, I’ve always found it interesting that vision—a concept that has its origins in religion—is universally accepted as a critical component of leadership. The biblical observation that “when there is no vision, the people perish ” has proved true time and time again, leading many experts to declare vision as the single most essential characteristic of an effective leader (Proverbs 29:18). After all, no one can follow a leader who doesn’t know where he or she is going.

Interestingly, the Lord set an example of how to be a visionary leader without ever mentioning literal visions. Although the Savior had visions, He seldom referenced them. For instance, after His transfiguration, He warned those who had witnessed the incredible experience to say nothing about it during His lifetime: “And as they came down from the mountain, Jesus charged them, saying, Tell the vision to no man, until the Son of man be risen again from the dead” (Matthew 17:9).

Instead, our Savior demonstrated visionary leadership by doing things we can all do, like putting the individual first, focusing on faith rather than appearance, reaching out to the lonely, encouraging those who wanted to change, and loving all He met. His words and actions helped people envision the Kingdom of God and motivated them to follow Him.

During His mortal ministry, Jesus Christ established a council of Twelve Apostles and a Council of Seventy to spread the gospel and provide organization for His Church. These councils, as well as others that still exist today, are based on the pre-mortal council in Heaven and allow for open participation and problem-solving.

Using the Lord’s technique of asking questions, a Christlike leader participates in counseling together with others to ensure he or she has considered a variety of opinions and perspectives so that he or she can make informed decisions and understand the needs of those involved. Elder Ballard’s book Counseling with Our Councils is filled with inspired direction on this element of Christlike leadership.

5. Become a shepherd to those you lead.

Another popular concept in modern leadership development that is vital in Church leadership as well is called “servant leadership.” This is the way the Savior taught and led, saying, “He that is ordained of God and sent forth, the same is appointed to be the greatest, notwithstanding he is the least and the servant of all” (D&C 50:26).

As Christlike leaders, we would never see ourselves as superior to those we are called to lead. Instead, we see ourselves as their servants. This is the leadership pattern established by the Good Shepherd, who loves His sheep and does everything he can to help them. We best lead and help others change when we love and serve them, for, Christ observed, “…Ye know that the princes of the Gentiles exercise dominion over them … but whosoever will be great among you, let him be your minister; And whosoever will be chief among you, let him be your servant” (Matthew 20:25-27).

Being a leader in the Church is a call to service, not a promotion. It often requires work in meetings with the ninety and nine, but also, and perhaps more importantly, a personal ministry to the one.

The Savior is our exemplar. If we want to be a Christlike leader, we will follow His admonition to do as He has done. We may never achieve perfection in our own callings as family, ward, and stake leaders, but we can certainly improve our leadership by following His example. The five Christlike techniques of leading by example, seeking divine guidance, being visionary, using councils effectively, and shepherding—or serving those you lead—are a good place to start. 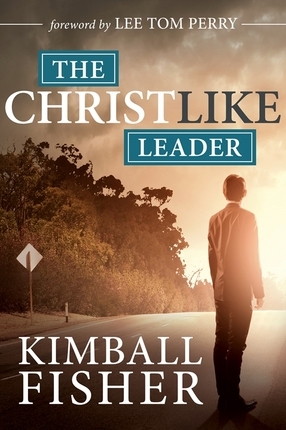 Brother Fisher serves as a counselor in the Cedar Mill, Oregon stake presidency. He is the best-selling author of Leading Self-Directed Work Teams and co-author of The Distance Manager. He retired this year from a consulting firm he and his wife established about 20 years ago to train leaders and work teams to be more effective. They numbered about 20% of the Fortune 100 corporations among their clients, as well as many government agencies such as the US Departments of Treasury, Agriculture, and the Staff Office of the US Senate. His latest book is The Christlike Leader. It is his first leadership book for LDS audiences.