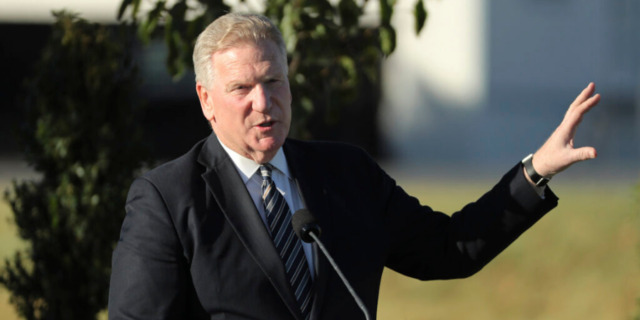 Over nearly two decades of service as a General Authority Seventy, Elder Craig C. Christensen has served in a variety of roles. He currently serves as the Utah Area President and has previously served as a member of the Presidency of the Seventy and President of the Mexico South Area. Effective August 1, 2021, he will begin a new assignment as the South America South Area President.

On a recent episode of the Church News podcast, Elder Christensen shared five things you might not know about the 22 Church areas and the work of Area Presidencies.

Church areas were first formed during the tenure of President Gordon B. Hinckley in 1984.

“They’re not formed for any scriptural or ecclesiastical reason,” Elder Christensen said on the podcast. “It’s a way that we’ve managed, in a kind of a decentralized way, areas around the world. The Church is operating in countries throughout the world, and area presidencies have been formed to supervise, in a local way, the work of the Church, as well as interacting with mission presidents and their companions, mission leaders, stake presidents, and others.”

2. There are 22 areas of the Church, and Utah is the largest area.

Of the 22 areas, 16 are international areas, and six span the United States and Canada. The Utah Area is the largest in the Church, which has 628 stakes and over 2 million members. Elder Christensen said Utah membership accounts for 13% of the total membership of the Church and about 25% of the active Church.

How is it determined which General Authority Seventy will serve where? Well, to explain that Elder Christensen gave a relatable analogy.

“We have missionaries throughout the world, and some of them are assigned to be zone leaders or district leaders or sister training leaders. Those are assignments. They’re still missionaries,” Elder Christensen said. “Well, we have General Authorities and Area Seventies throughout the world, and that’s our calling, but we’re assigned, at times, to serve in Area Presidencies. So once a year, they make an assignment change.”

Elder Christensen noted that even though the assignment changes happen every year, the tenure of an Area Presidency member could last longer than a year. They could last two, three, or four years. The assignments happen in April and in August the Area Presidencies have their “transfers.”

“We call Area Seventies who have quite a bit of familiarity with that part of the world,” Elder Christensen said. “Sometimes they live there. Sometimes it’s just because of their knowledge base. So, they’re unique situations.”

5. At least once a year, every area reports to the Area Committee.

Every area reports at least once a year, sometimes more frequently, to the Area Committee, which consists of the Quorum of the Twelve Apostles, the Presidency of the Seventy, and the Presiding Bishopric. Reports are done via technology or in-person.

“They spend one or two days with us, and it’s really our chance to get counsel and direction, to give a stewardship report of what we’ve been working on, to make sure we’re all aligned in what the vision for the area is,” Elder Christensen said. “So that’s how we keep senior leadership informed, is through that process of Area Committee reports and area reviews.”

Find out more about what Elder Christensen shared on the Church News podcast, including what he said about the Utah Area’s response to the COVID-19 pandemic, at Church News.