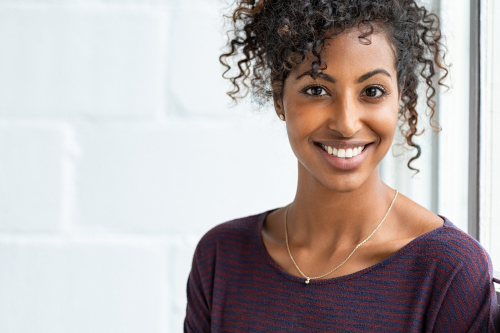 byAdapted from "The Priesthood Power of Women: In the Temple, Church, and Family" by Barbara Morgan Gardner | Oct. 17, 2019

As a young sister missionary, having been set apart by my father, who was the stake president, I wondered how it was that I was able to preach the gospel to the wonderful people of Los Angeles when I did not have the authority of the priesthood as the ordained elders did. I obediently taught the gospel and felt the influence of the Spirit strongly, even to exhorting and promising, but I wondered how that was possible. I understood that I was not ordained to a priesthood office and therefore could not perform priesthood ordinances outside the temple, but I still felt that I had authority—being a full-time, set-apart, assigned-by-the-prophet missionary—to help people obtain salvation. I even felt, although I didn’t understand how, that I was authorized by the Lord to do so. Here is what I have found about this and five other sometimes confusing aspects of priesthood power and women.

On one occasion, I sat next to my companion, a wise, experienced, humble, worthy, intelligent, truth-seeking, and bold sister, when she warned an investigator that “if he did not obey the promptings of the Holy Ghost at that moment, God would hold him accountable in the next life.” Although this may not always be the case, in this moment, both the investigator and I knew and felt that she spoke with God’s authority. He was baptized, and we were all grateful.

It wasn’t until years later, when I heard President Dallin H. Oaks speak regarding authority of the priesthood, that I realized what I felt was actually correct. My companion and I and all sister missionaries had priesthood authority because we had been called and set apart by a stake president who held priesthood keys of presidency, and we were working under the direction of the mission president, who also held priesthood keys of presidency for missionaries. Although we were not ordained to the office of elder, which authorizes a Melchizedek Priesthood holder to baptize and confirm, we were set apart as full-time missionaries, which gave us the authority of God to teach and bring people to Christ.

2. Men and women have equal priesthood authority in their callings unless otherwise delegated by the one holding the priesthood keys of presidency.

When teaching this concept to my students, I often ask, “If a stake is having a combined Young Men and Young Women presidency meeting at which no member of the stake presidency is present, and no one has specifically been appointed to Preside in the meeting, who presides?”

3. Presiding in church callings is not determined by gender.

Presiding in the Church isn’t dependent upon gender or even ordination but is a matter of the functioning of priesthood keys of presidency.

If a husband and a wife, for example, were called to be team teachers to the same Primary class, neither the husband nor the wife would preside over the other in the class. It has often been misunderstood that the phrase the priesthood presides refers to men possessing authority over women. The priesthood is not a man, and since both the man and the woman in this case have priesthood authority through one who holds priesthood keys of presidency, they both preside in the class. It would be completely appropriate for either the husband or the wife to call on someone in the class to pray, and it would be appropriate for each of them to take turns teaching the lesson without either of them dictating who will do what.

4. Men are no more “the priesthood” than women are.

As Elder Neil L. Andersen taught: “A man may open the drapes so the warm sunlight comes into the room, but the man does not own the sun or the light or the warmth it brings. The blessings of the priesthood are infinitely greater than the one who is asked to administer the gift.”

5.  Priesthood authority is limited by jurisdiction for men and women.

Priesthood authority is also limited by time. Shortly after being called to be the stake Young Women president, I went to the past stake Young Women president and asked her opinion and advice. Although she was able to provide lots of information, which was the basis for much of the inspiration I would need in the future, she was unable, as she had been released, to receive revelation for the young women. I found it fascinating that during the time I was the president of the Young Women, the Lord blessed me to be able to remember the names of the Young Women like I never had before and has even blessed me to remember many of them since.

6.  Both men and women alike receive all of the blessings of the priesthood.

Quoting President Joseph Fielding Smith, President M. Russell Ballard carefully instructed: “The blessings of the priesthood are not confined to men alone. These blessings are also poured out upon . . . all the faithful women of the Church. . . . The Lord offers to his daughters every spiritual gift and blessing that can be obtained by his sons.”

Thus, any time a priesthood holder is promised blessings associated with holding the priesthood, these blessings can be applied to every covenant-keeping member, including women not ordained to priesthood offices. It is important for all Church members to know that, regardless of priesthood ordination, they can be blessed to receive “all that my Father hath.” For those teaching the gospel, regardless of gender, God promises that He “will go before your face.” He also promises, “I will be on your right hand and on your left, and my Spirit shall be in your hearts, and mine angels round about you, to bear you up” (Doctrine and Covenants 84:38, 88).

Learn more about the different types of priesthood and the role of women in exercising priesthood authority in Barbara Morgan Gardner’s new book, The Priesthood Power of Women: In the Temple, Church, and Family, available at Deseret Book stores and on deseretbook.com.