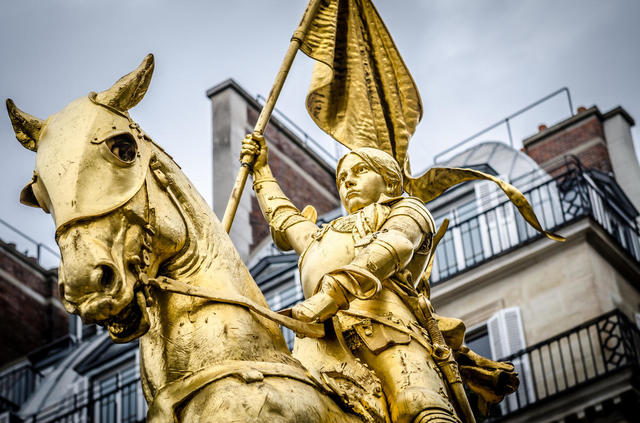 Was Joan of Arc inspired of God? It's a question many historical scholars have pondered over the years, but you might be surprised to find out it's also a topic many Church leaders have addressed.

The legendary Joan of Arc was burned at the stake on [May 30] nearly 600 years ago at the Place du Vieux-Marche in Rouen. The 19-year-old has inspired many over the years not only because of her victories in battle during the Hundred Years War, but also for staying true to her religious beliefs.

LDS general authorities have often spoken about the Maid of Orléans, encouraging teenagers and young adults to take courage by her example.

• In a January 2010 issue of the New Era, Elder Jeffrey R. Holland of the Quorum of the Twelve Apostles of The Church of Jesus Christ of Latter-day Saints asked youths to stay true to the gospel, quoting Joan of Arc’s final words in a play: “One life is all we have and we live it as we believe in living it, and then it’s gone. But to surrender what you are, and live without belief — that’s more terrible than dying — more terrible than dying young.” Happiness in life comes from “living it the right way for the right reasons—reasons that are eternal, reasons that matter in this life and in the next,” said Elder Holland.

Mormon Life HistoryHistory,Mormon Life
Comments and feedback can be sent to feedback@ldsliving.com