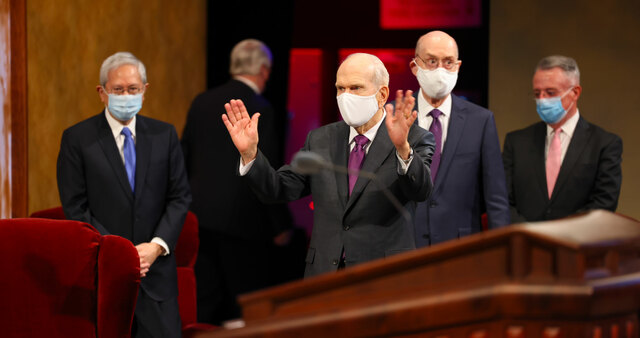 As April 2021 general conference comes to a close, members around the world have been edified and uplifted by the words of Church leaders. Here are 6 announcements that happened during this spring's general conference.

In the Sunday afternoon session, President Russell M. Nelson announced plans to construct 20 new temples. According to Newsroom, “this is the second-highest number of temples announced at one time in the history of the Church. At the April 1998 general conference, former Church President Gordon B. Hinckley (1910–2008) announced plans to construct as many as 32 new temples, though he did not list specific locations.” See the locations announced by President Nelson here.

► You may also like: The Primary General Presidency was released. Here are just 7 changes that impacted children during their service

New Members of the Presidency of the Seventy Announced

► You may also like: See what President Nelson and other Church leaders taught at the April 2021 general conference leadership meeting

Like many aspects of last year, the statistical report is a bit different from previous years as numbers reflect decreases in new converts and full-time missionaries. Membership increased by just under 100,000, putting total Church membership at 16,663,663. See the full statistical report.