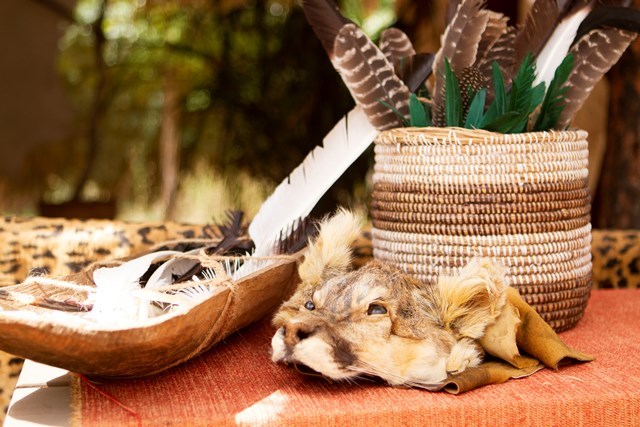 7 Fascinating Facts About the New Book of Mormon Videos

Today, The Church of Jesus Christ of Latter-day Saints released the first video in its series of Book of Mormon videos. But the videos have been changing lives long before they have reached people’s homes.

“I have always loved the Book of Mormon,” says Jackson VanDewereken, who played Nephi in the first season. “It has been a source of peace, guidance, and adventure my whole life.” Likewise, Liliana Corona Guerrro, who plays King Lamoni’s wife in the third season, says, “There have been so many occasions in my life where I felt like I need guidance, and I find the answers paralleled in the Book of Mormon. I would not be the same without it.” 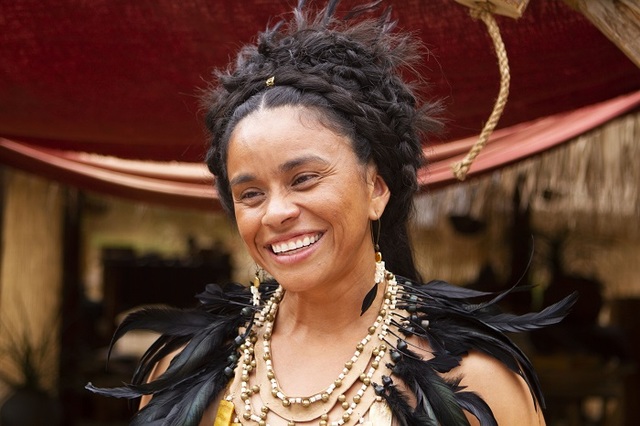 All those involved with the new videos (being released each Friday for the rest of the year beginning today) hope that the videos will not only allow members to watch the stories and teachings they have read for years but will ultimately encourage those who see them to go back and read the book. It has left a remarkable impression on all those who have participated in it, from Church leaders to the crew to the actors themselves.

“This is definitely a highlight of my career,” producer Aaron Merrell says when asked how he would describe his experience working on the Book of Mormon videos. "I started out in Hollywood and worked on a lot of fun movies there, but this is great because it’s a project that I get to bring my professional skills and experience into but also my faith, my beliefs, and my love of the Book of Mormon.”

Lead writer Elizabeth Hansen says, “I remember talking to a friend of mine, and she was asking me what it’s like [writing the scripts for these videos,] and I said, ‘You know, there are worse things than spending eight hours a day focused on Christ.’ It’s just been remarkable. I was working on 3 Nephi, and just the simplest phrase, just like, ‘He was full of compassion,’ and I start weeping. It’s just testifying to me that all of this happened and all of it’s real.” 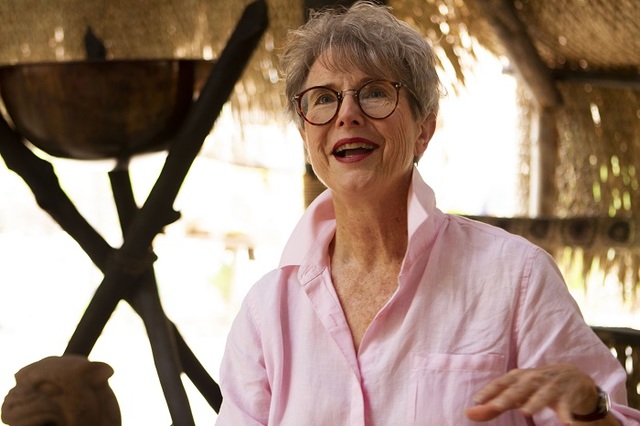 Elder LeGrand R. Curtis of the Seventy adds, “The absolute best scene, I think, is watching people make their way along the path holding on to the rod of iron and coming and taking the fruit and partaking of it and being filled with joy. Now that I’ve seen those things, when I read the Book of Mormon, it has greater power.” Here are seven behind-the-scenes facts about these remarkable new videos, coming out today!

As producer Aaron Merrell explains, “With the Bible videos, it’s easy if you only have three to five minutes to tell the story—that story is already established. You know who Jesus Christ is. You know that He’s in Jerusalem. You know these are the apostles. Here we’re making [the Book of Mormon videos] for a low-exposure audience who might not have as much familiarity with it, and so we needed to add a little bit more context, a little more backstory on some of them.” 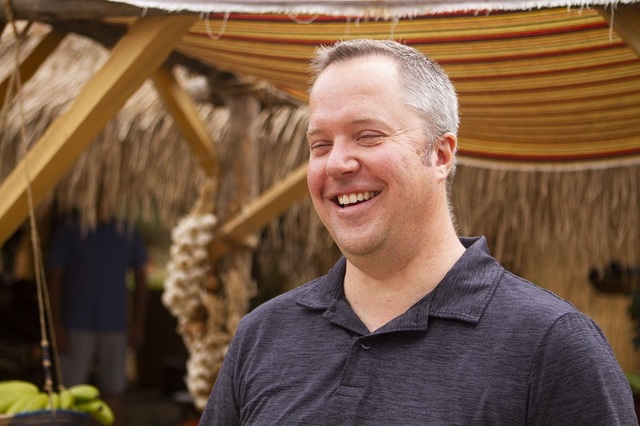 This means that the Book of Mormon videos, called episodes, have been filmed in longer segments that can be broken down into shorter clips, unlike the Bible videos, which were filmed in short segments and pieced together into longer videos for different purposes.

2. Thousands of still images from the videos will be added to the Gospel Media Library.

In addition to the videos, thousands of still images from the episodes will allow scenes that have never been depicted to come to life in a new way. “We’ve got the family looking at the brass plates together. You’ve got the Liahona. You’ve got Nephi standing up to his brothers,” Elder Curtis says enthusiastically. “It’s going to be good.”

3. The videos might not match your imagination, but that’s okay.

With so little to go off of in the scriptural accounts when it comes to visual details and actual dialogue, Elder Curtis reminds us that, as with any book-turned-movie, the actors will not be able to satisfy everyone’s mental picture of our favorite characters. However, he also affirms that everyone takes the project seriously and has worked hard to make it as faithful a portrayal as they can. 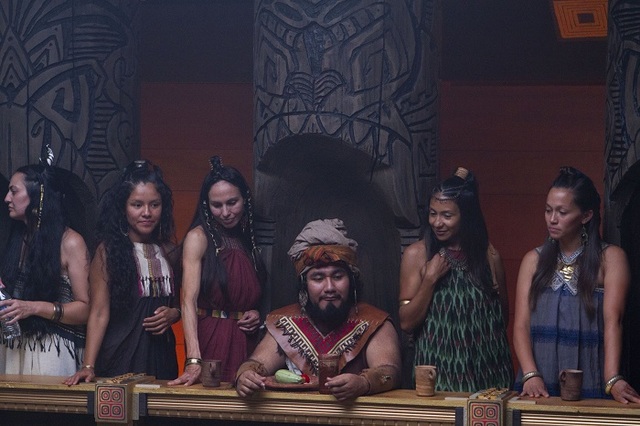 4. Women have been heavily involved in making the family-focused videos.

Women have played an important role in these videos, from writing to directing to offering feedback. “We know the women have an important role in society, in families, and in the plan of salvation. These videos portray that,” says Sister Reyna I. Aburto, second counselor in the Relief Society general presidency. “But more important is the role that the families play because we are all part of a family. They have done a good job, the producers and the screenwriters and everybody, in portraying how the family is so central in every story. The woman beside the man, helping him, him helping her, both of them trying to figure out what is the best thing to do. There is conflict also in families, but those conflicts help us process and understand what we believe and what we’re trying to do. And I think so many families are going to relate to that.”

Guerrero shares, “Elder Christofferson put a blessing over the cast, and I thought, ‘That’s nice.’ I read it, [it's] beautiful. I printed it out, carried it with me to the shoot. But I really have felt blessed, and there is a sense of reverence that I’ve been able to take home with me.”

6. The episodes have been filmed in a variety of places around the country. 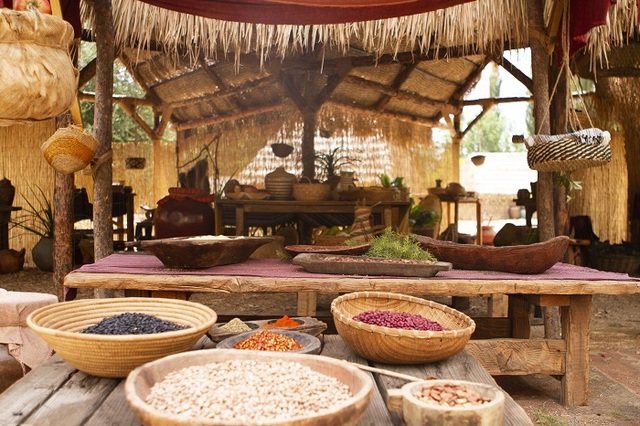 A Book of Mormon marketplace

7. The videos will be available in a number of languages.

These videos will hopefully help us all see the scriptures and the stories that we know so well in a different way. Ryan Wood, who plays Abinadi, says, “The Book of Mormon is a very relevant story no matter where you are in life. I hope it’s something that gives a lot of hope, because that’s what it does for me.”

VanDerwerken adds, “When I learned that Nephi was only 15 when he left Jerusalem, it started to make sense. It certainly has changed my view of the youth of the Church, because after finding this out, I started to remember how the Lord has always used his young to fulfill his purposes. Along with Nephi, the stripling warriors were [likely] all 12 to 18 years old, Jacob was only a boy when he began to have visions, and Moroni was made chief captain over the Nephite armies at age 25. Mormon was 16 when he took righteous leadership over the Nephites, leading them into battle. Joseph Smith was 14 when he saw God and Jesus Christ. The list goes on. And it was all because of their faith, obedience, and courage.” 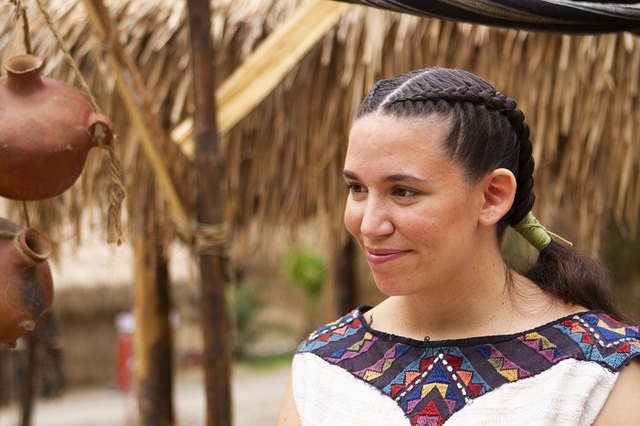 Creating these videos has helped those involved see the scriptures in a new way. Amber Weiss, who portrays Abish, explains, “The verse that mentions [Abish’s] name says that she was converted on account of a remarkable vision of her father. A lot of people read that her father had a vision and that she was converted instead of reading it as Abish had the vision, and the subject of the vision was her father, and this led to her conversion. I like to read it that way because I know that conversion is very personal and I know that we all have the ability to have visions, to work miracles, and to have this personal relationship with God.”

The videos will fit perfectly with next year’s curriculum and will be available in both long forms and in shorter, more shareable forms. As Sister Aburto says, “Every time we watch them, every time we share them, we are helping in so many ways. We’re bringing this amazing gift that is the gospel and the knowledge that we have about Jesus Christ to other people. This is a means to do that, and I’m so excited because I know this is going to bring miracles.”

Check out this video from the Book of Mormon Videos Youtube page for more behind-the-scenes looks: