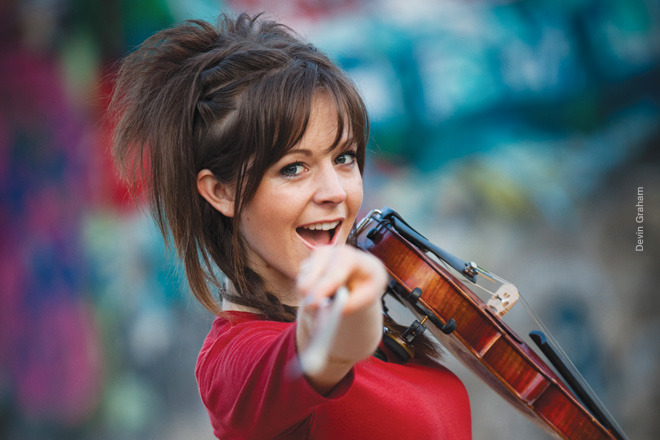 When Lindsey Stirling was on America's Got Talent in 2010, she made it to the quarter-finals but was ultimately eliminated because the judges thought she wouldn't be able to "fill a theater in Vegas" on her own.

This echoed what Stirling had been told for years--that her style and music was "unmarketable." But since her time on America's Got Talent, Stirling has found her niche via YouTube.

Now it seems that everyone knows about the hip-hop violinist. Her beautiful violin arrangements combined with self-taught dance moves are catching international attention. Along with original techno-violin songs, she does covers of popular songsand video game theme music. She's also well-known for her amazing costumes and brilliant music videos.

Her most popular video, "Crystallize," was YouTube's 8th most-watched video of 2012. It currently has over 101 million views.

Her YouTube channel, Lindsey Stirling, currently has over 5 million subscribers, and her videos have garnered over 716 million views! That number will no doubt continue to grow now that she's signed on with Disney-owned Maker Studios, who will now manage her YouTube channels and, as Stirling put it, get her "one step closer to becoming a Disney princess!"

Be sure to check out her Facebook page to see what she's gonna do next.