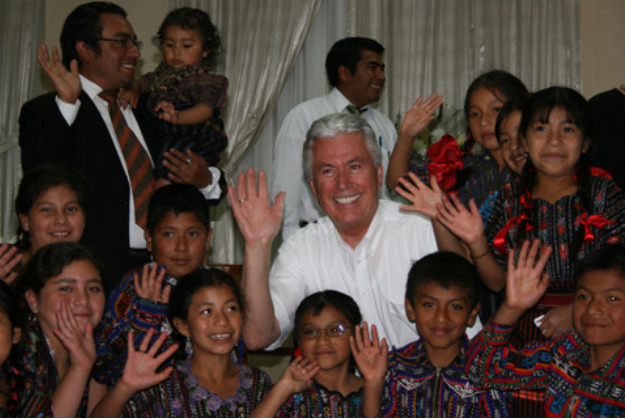 Many of the speakers at general conference are natural storytellers. We’re captivated with stories that warn of danger, teach the commandments, and remind us that we are not alone in trials. There seems to be a few, however, that are just pure heart-warming. Elder Uchtdorf in particular always tells the kind of stories that remind you what it felt like to be read a bedtime story as a kid—except these stories are even better because they are based on eternal truth.

In reality, everybody, no matter your age, needs a bedtime story every once in a while. Here are some brief excerpts of our favorite stories from Elder Uchtdorf to soothe, encourage, and help you face the morning.

A Summer with Great-Aunt Rose 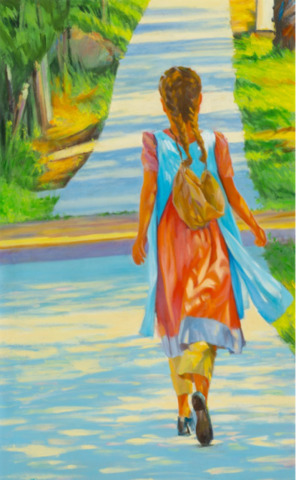 The story is about a girl named Eva. There are two important things you should know about Eva. One is that she was 11 years old in this story. And the other is that she absolutely, positively did not want to go and live with her great-aunt Rose. Not at all. No way.

But Eva’s mother was going to have surgery that required a lengthy recovery. So Eva’s parents were sending her to spend the summer with Great-Aunt Rose.

In Eva’s mind, there were a thousand reasons why this was a bad idea. For one thing, it would mean being away from her mother. It would also mean leaving her family and friends. And besides, she didn’t even know Great-Aunt Rose. She was quite comfortable, thank you very much, right where she was.

But no amount of arguing or eye-rolling could change the decision. So Eva packed up a suitcase and took the long drive with her father to Great-Aunt Rose’s house.

From the moment Eva stepped inside the house, she hated it.

Everything was so old! Every inch was packed with old books, strange-colored bottles, and plastic bins spilling over with beads, bows, and buttons.

Great-Aunt Rose lived there alone; she had never married. The only other inhabitant was a gray cat who liked to find the highest point in every room and perch there, staring like a hungry tiger at everything below.

Even the house itself seemed lonely. It was out in the countryside, where the houses are far apart. No one Eva’s age lived within half a mile. That made Eva feel lonely too.

Listen to the rest of Eva’s life-changing summer with Great-Aunt Rose: 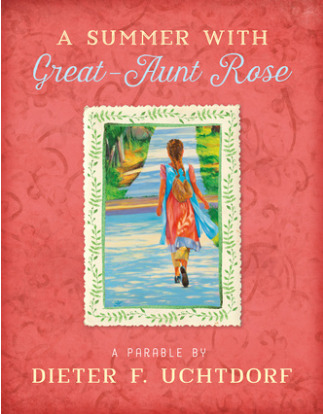 Or read about it in the book, available at deseretbook.com.

There is an old story of a waiter who asked a customer whether he had enjoyed the meal. The guest replied that everything was fine, but it would have been better if they had served more bread. The next day, when the man returned, the waiter doubled the amount of bread, giving him four slices instead of two, but still the man was not happy. The next day, the waiter doubled the bread again, without success.

On the fourth day, the waiter was really determined to make the man happy. And so he took a nine-foot-long (3-m) loaf of bread, cut it in half, and with a smile, served that to the customer. The waiter could scarcely wait for the man’s reaction.

After the meal, the man looked up and said, “Good as always. But I see you’re back to giving only two slices of bread.”

A long time ago in a distant land lived a family of three sisters.

The first sister was sad. Everything from her nose to her chin and from her skin to her toes seemed not quite good enough to her. When she spoke, her words sometimes came out awkwardly, and people laughed. When someone criticized her or “forgot” to invite her to something, she would blush, walk away, and find a secret spot where she would let out a sad sigh and wonder why life had turned out to be so bleak and cheerless.

The second sister was mad. She thought of herself as very smart, but there was always someone else who scored higher on tests at school. She considered herself funny, fair, fashionable, and fascinating. But always, there seemed to be someone who was funnier, fairer, more fashionable, or more fascinating. She was never first at anything, and this she could not endure. Life was not supposed to be this way!

Sometimes she lashed out at others, and it seemed that she was always one breath away from being outraged by one thing or another. Of course, this did not make her any more likable or popular. Sometimes she clenched her teeth, tightened her fists, and thought, “Life is so unfair!”

Then there was the third sister. Unlike her sad and mad sisters, she was—well, glad. And it wasn’t because she was smarter or more beautiful or more capable than her sisters. No, people sometimes avoided or ignored her too. They sometimes made fun of what she was wearing or the things she was saying. They sometimes said mean things about her. But she did not allow any of that to bother her too much.

This sister loved to sing. She didn’t have great pitch, and people laughed about it, but that didn’t stop her. She would say, “I am not going to let other people and their opinions stop me from singing!”

The very fact that she kept singing made her first sister sad and her second sister mad.

Many years passed, and eventually each sister reached the end of her time on earth. The first sister, who discovered again and again that there was no shortage of disappointments in life, eventually died sad. The second, who every day found something new to dislike, died mad. And the third sister, who spent her life singing her song with all her might and a confident smile on her face, died glad.

Of course, life is never so simple, and people are never so one-dimensional as the three sisters in this story. But even extreme examples like these can teach us something about ourselves. If you are like most of us, you may have recognized part of yourself in one, two, or perhaps all three of these sisters. Let us take a closer look at each one.

Let Elder Uchtdorf tell the tale of the three sisters and what he goes on to teach about them.

Nearly a century ago, a family from Oregon was vacationing in Indiana—over 2,000 miles (3,200 km) away—when they lost their beloved dog, Bobbie. The frantic family searched for the dog everywhere but to no avail. Bobbie could not be found.

Heartbroken, they made the trip home, each mile taking them farther away from their cherished pet.

Six months later, the family was stunned to find Bobbie on their doorstep in Oregon. “Mangy, scrawny, feet worn to the bone—[he] appeared to have walked the entire distance … by himself.”1 Bobbie’s story captured the imagination of people across the United States, and he became known as Bobbie the Wonder Dog.

Bobbie is not the only animal who has baffled scientists with an amazing sense of direction and instinct for home. Some monarch butterfly populations migrate 3,000 miles (4,800 km) each year to climes better suited for their survival. Leatherback turtles travel across the Pacific Ocean from Indonesia to the coasts of California. Humpback whales swim from the cold waters of the North and South Poles toward the equator and back. Perhaps even more incredibly, the arctic tern flies from the Arctic Circle to Antarctica and back every year, some 60,000 miles (97,000 km).

When scientists study this fascinating behavior, they ask questions such as “How do they know where to go?” and “How does each successive generation learn this behavior?” When I read of this powerful instinct in animals, I can’t help but wonder, “Is it possible that human beings have a similar yearning—an inner guidance system, if you will—that draws them to their heavenly home?”

I believe that every man, woman, and child has felt the call of heaven at some point in his or her life. Deep within us is a longing to somehow reach past the veil and embrace Heavenly Parents we once knew and cherished.

Some might suppress this yearning and deaden their souls to its call. But those who do not quench this light within themselves can embark on an incredible journey—a wondrous migration toward heavenly climes.

Yet, no matter your history—if you have faltered, failed, feel broken, bitter, betrayed, or beaten—know that you are not alone. God still calls to you. The Savior extends His hand to you. And, as He did to those fishermen who stood long ago on the banks of the Sea of Galilee, with infinite love He speaks to you: “Come, follow me.” If you will hear Him, He will speak to you this very day.

When you walk the path of discipleship—when you move toward Heavenly Father—there is something within you that will confirm that you have heard the call of the Savior and set your heart toward the light. It will tell you that you are on the right path and that you are returning home.