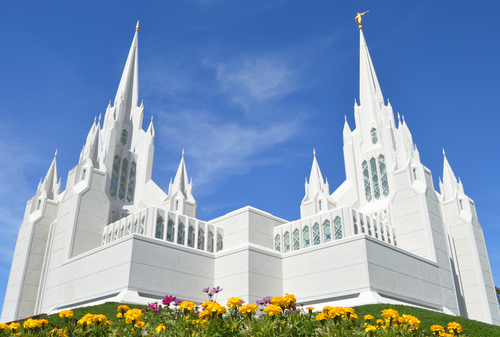 byChad Hawkins, adapted from "Youth and the Temple: What You Want to Know and How You Can Prepare" | Aug. 29, 2018

Throughout history, the Lord has tried His chosen people by requiring them to make significant sacrifices. Though the sacrifices required of us today for the building of temples are very different from those required by the Saints in the early days of the Church, we are still blessed with opportunities to contribute and serve. Here are a few stories of children and youth who made their own contributions for the construction of the house of the Lord.

►You'll Also Like: The Mysterious Newspaper That Led to a Temple Miracle

Of the $600,000 contributed toward financing the construction of the Logan Utah Temple, $2,300 came from children in the Cache Valley Stake who contributed to a Sunday School "nickel fund." One curious young boy who had contributed to this fund visited the temple during its construction. While attempting to examine the temple by climbing its scaffolding, he was stopped by a guard, who asked him what he was doing. The boy said he had paid his nickel to the temple nickel fund and "therefore felt he had a right to see it."1

The Jordan River Utah Temple, unlike other temples built up to that point, was funded entirely by contributions from members living in the area. Challenged by President Spencer W. Kimball to raise needed funds, the Saints undertook a large fund-raising campaign in all 122 stakes of the Salt Lake and Jordan River Utah temple districts. When the fund-raising ended a year later, members had contributed $14.5 million, 10 percent more than their original goal.

This vast amount of money came from the sacrifice of thousands of members. Two young brothers, one 8 years old and the other nearly 10, were excited to do their part. They walked door to door, asking neighbors if they would like to buy homemade bread. Soon they had requests for 16 loaves. They hurried home and told their unsuspecting mother that they needed her to bake 16 loaves of bread right away. She agreed to join her sons’ fund-raising venture, and before long the boys delivered 16 hot loaves of bread. In all, they sold about 30 loaves for the temple fund.2

►You'll Also Like: The Temple Where Tunnels and Unexploded Bombs Were Discovered Beneath Its Grounds

The San Diego California Temple, like other temples, is surrounded by beautiful landscaping and gardens that help create a reverent and appropriate setting for the house of the Lord. As plans were being made for the temple’s construction and surrounding grounds, many members, including children, sought ways to contribute their time and talents. Youngsters from 180 different wards and branches in the temple district were given the responsibility of watering and caring for some of the flowers to be used during the temple’s dedication. After the dedication, the potted flowers were planted in beds around the flagpole.

Children in northern Mexico also wanted to participate but had to do something different because government restrictions would not allow them to bring plants across the border. They decided to design and make a handcrafted rug for members of the First Presidency to stand on as they laid the temple’s cornerstone. A microfiche with the names of all the Primary children in the temple district was later placed in the cornerstone, along with other significant items.3

Two young women and their mother were given the responsibility of assembling the crystal sconces and the large chandelier in the bride’s room of the Mt. Timpanogos Temple. As they began unpacking the chandelier pieces, they could not find the assembly instructions. After realizing the instructions had been discarded, they proceeded with their difficult task, referring only to an eight-by-ten picture of the completed chandelier. With great care, the young women unpacked the many chandelier pieces, which quickly began looking like an intricate puzzle. Feeling overwhelmed, they sought help through prayer.

"We just asked for help in seeing where things should go. . . ," said one of the young women. "We would find one piece. . . . Then we would find another that fit with it. Some of the pieces had to be put in first, or you couldn’t get the ones that followed in. We found you could not do them out of order." The process of receiving the inspiration they needed was "just amazing. It showed us that the Lord had his hand even in simple things."4

On May 22, 1999, approximately 40 Aaronic Priesthood young men from Spokane’s East Stake were given a wonderful honor and responsibility. All of the young men participated in uncrating the temple’s baptistry oxen and carrying them to their permanent position within the temple. Some of the smaller young men were able to maneuver between the oxen and the font and securely bolt the oxen into place.5

The two-toned granite that adorns the exterior of the Regina Saskatchewan Temple came from a quarry in Quebec. When it was being placed on the temple, many young people experienced a unique opportunity that they will never forget. After a stake youth conference, the young men and young women gathered at the park across from the temple. Having received permission from Church officials and the temple contractor, they signed their names and the date on the back of the granite pieces that were to be placed on the temple. Construction missionary Sterling L. Burch assisted them and told them exactly where each stone was going to be placed. They walked away knowing that their names were going to become a permanent part of the temple.

Elder Burch initiated another project involving the young men and young women. They were allowed to record on paper their testimonies and commitments to temple worthiness. These treasured documents were then placed in a capsule crafted by Elder Burch. He then selected a young man and a young woman to help place the capsule in the temple’s spire, directly beneath the statue of the angel Moroni.6

►You'll Also Like: An LDS Temple on a Cruise Ship? One Man's Unique Solution for Saints Overseas in 1967

Young women from local stakes had a memorable experience hanging crystals on the chandeliers of the Louisville Kentucky Temple. Working in shifts, the young women were awed by what they were doing. As they assembled the chandeliers, they joined in singing songs about the temple.

"They had very beautiful high soprano voices, and it made you think there were groups of angels singing in the temple," said Sister Karla Packer Prestridge, a temple construction missionary. When the chandelier was raised into its permanent position in the celestial room, "many of the girls said, ‘When I get married in this temple, I can come and say that I helped with the crystals on that chandelier.’"7 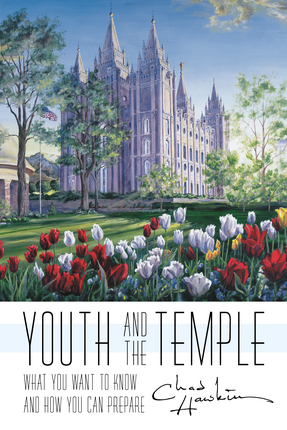 Learn more about temples in this excellent resource for young men and young women, Youth and the Temple: What You Want to Know and How You Can Prepare, available at Deseret Book stores and deseretbook.com.

This beautiful book about the temple, written and illustrated especially for youth ages 12 to 18, is a wonderful blend of inspiration and information. Full of stories about how youth have participated in temple building and worship, it also offers a wealth of information about why we have temples, what temple worship consists of, and how young people can prepare and enjoy the blessings of the temple.