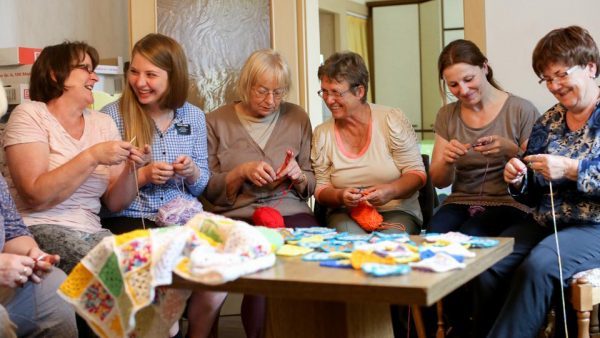 As the Relief Society celebrates its 175th anniversary, here are some interesting ways you may not have known the organization has grown and changed over the years.

The Relief Society of The Church of Jesus Christ of Latter-day Saints turns 175 years old on March 17th, and women around the world are celebrating with activities, service projects, dinners and more.

But the original members of the Relief Society — those who were in Nauvoo in 1842 when Joseph Smith founded the organization — may not recognize today’s Relief Society as the group that was formed that day. Like the rest of the Church, the Relief Society has evolved to meet the needs of a worldwide membership and to help women with today’s challenges.

Here are seven things the Relief Society once did that it doesn’t anymore, along with three things that have only gotten better with age.

1. We no long elect our presidents.

When the Relief Society was first organized, the women elected Emma Smith as president. This could be at least partial fulfillment of the revelation in the 25th section of the Doctrine and Covenants, in which Emma is called “an elect lady.” She selected two counselors, and the three of them were set apart. Other positions in the group were also appointed. Today, everyone in the organization is called by priesthood leaders.

If you think visiting teaching today is hard, imagine asking for money. Visiting teachers were originally dispatched to collect donations that supported the group. At the time, the Relief Society managed its own finances and even built its own buildings. (This was later discouraged in an increased effort to correlate the Church’s many organizations.) Later in 1898, members were required to pay annual dues. This was discontinued in 1970.