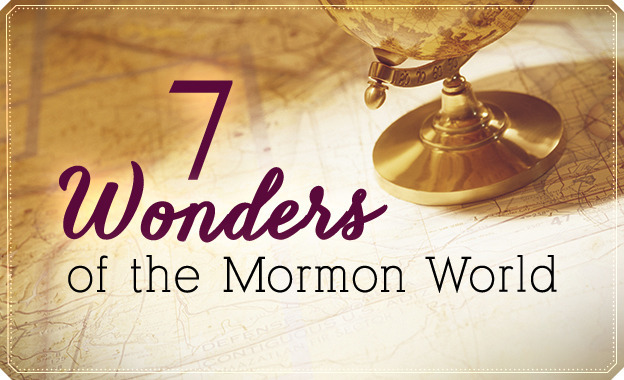 1. The Tomb of Joseph

When the Saints were building the Nauvoo Temple, Joseph Smith Jr. had a family tomb built nearby, where he desired to be buried.

He wrote, "Let my father, Don Carlos, and Alvin, and children that I have buried be brought and laid in the tomb I have built. Let my mother, and my brethren, and my sisters be laid there also; and let it be called the Tomb of Joseph, a descendant of Jacob. And when I die, let me be gathered to the tomb of my father" Scott H. Faulring, ed., An American Prophet’s Record (Salt Lake City: Signature Books, 1989), 251.

When the Prophet and his brother Hyrum were martyred at Carthage Jail, however, the tomb was not complete. Furthermore, despite Joseph's very public wishes to be buried in the sepulchre, his wife, Emma, refused to allow him to be buried there for fear his body would be desecrated.

This led to a public dispute between Emma and Brigham Young. In the October 1845 conference, Brigham Young stated, “We are determined also to use every means in our power to do all that Joseph told us. And we will petition Sister Emma, in the name of Israel’s God, to let us deposit the remains of Joseph according as he commanded us. And if she will not consent to it, our garments are clear. Then when he awakes in the morning of the resurrection, he shall talk with them, not with me; the sin shall be upon her head, not ours” (“Conference Minutes,” Times and Seasons 6, no. 16 (1 November 1845): 1014–15).

After the Saints left Nauvoo, their beloved temple was destroyed by fire, tornado, and ultimately demolition, and the Tomb of Joseph was also lost. Hopefully, someday the tomb will be found. Until then, scholars have four theories of the location of the sepulchre.