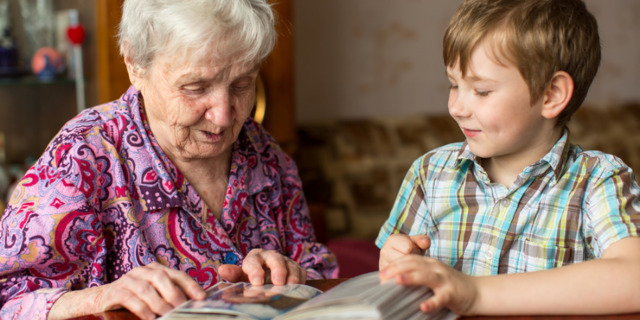 It was such a small moment in general conference you may have missed it. President Russell M. Nelson discussed how “unusual times can bring unusual rewards,” noting that “family history work has increased exponentially.”

A huge milestone was reached in September 2020 when FamilySearch announced their total searchable names database had reached 8 billion.

“FamilySearch won’t quit until we’ve accounted for everyone possible from the world’s available records,” FamilySearch’s chief genealogical officer David Rencher said in a press release. “With over 8 billion searchable names and growing, the odds of growing the branches of your family tree each time you visit keep getting better all the time.”

Read more about this significant achievement from Church News.

RootsTech Connect, the annual FamilySearch conference, will be all-digital in 2021 for the first time. On October 13, Church News reported that participants have registered from 168 countries, with 86% of attendees being new to RootsTech.

“We’re humbled. We’re excited. And it’s just been really fun to see the growth that takes place when you can remove the barrier of time and location,” Tyler Stahle, RootsTech marketing manager told Church News.

Find out more about RootsTech Connect from Church News.

► You may also like: RootsTech 2021 will be free and virtual, allowing for worldwide attendance

“In order to consolidate our resources, we’ve decided to build a single platform that focuses on individuals and their interactions with key events in Church history,” Kevin Nielson, a product manager in the Church History Department, told Church News. “We’re trying to standardize the experience for users that come to the site.”

The integration process is expected to take about six to eight months. Read more at Church News.

► You may also like: Feel like you should be journaling during this historic time but don’t know where to start? 16 creative prompts to help

Church News reported on a new FamilySearch feature in July that enables users to easily attach information found in the Church History Catalog to an individual’s FamilySearch record.

Learn how to use the feature at Church News.

5. A Gift after Devastation

When a fire gutted the Santo Niño de Pandacan Parish Church earlier this summer, hearts of Filipino parishioners broke. The fire claimed 190 years’ worth of parish data like baptismal and marriage records.

In response, FamilySearch gathered previously microfilmed and digitized records dating back to 1778 and presented them to Rev. Fr. Sanny de Claro, Parish Priest of the Pandacan Church, who said he was deeply touched after receiving the digital files. FamilySearch will also help to restore some of the other records they have lost.

In July, FamilySearch launched a new campaign in partnership with Brigham Young University: “Saints by Sea: Latter-day Saint Immigration to America.” The project indexed records of 90,000 Latter-day Saints who immigrated to the United States between 1869 and 1932.

Sarah Hammon, FamilySearch’s senior marketing manager of channels and campaigns, told Church News the campaign is to celebrate those specific pioneers who left everything behind to build a better life in America.

Read more about the project at Church News and discover “Saints by Sea” on FamilySearch.

7. Records from the Mayflower

Also tied to the sea, FamilySearch and AmericanAncestors.org announced the availability of the Mayflower Database on the 400th anniversary of the day the Mayflower set sail for the new world, as reported by Church News. The database allows people to discover if they are one of an estimated 35 million descendants of those initial Mayflower passengers.

Learn how to use the Mayflower Database at Church News.