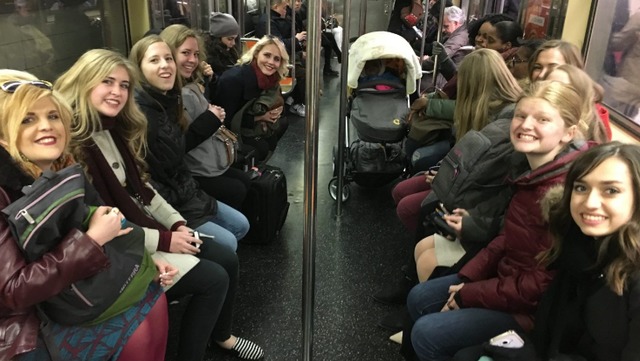 8 LDS Women to Speak at UN on Feminism and Motherhood

“The biggest thing we want is to spread truth,” Taryn Royall said. “And even if we don’t impact a big group of people, we want to impact an individual. And that’s our goal: to touch someone’s life.”

Eight LDS women and girls, including three BYU students, will speak on their faith-based views on feminism at the United Nations in New York City on Tuesday, March 14.

The speakers range in age from 16 to 19 and are youth ambassadors for Big Ocean Women, a Utah-based organization founded on women for faith, family and motherhood. The event is titled the Commission on the Status of Women and will be held at 4 p.m. ET, 2 p.m. MST, in the One UN Hotel. The event will be streamed live on the Big Ocean Women Facebook page.

Each of the eight young women will be speaking on one of Big Ocean’s eight tenets, which correspond with the eight LDS Young Women Values.