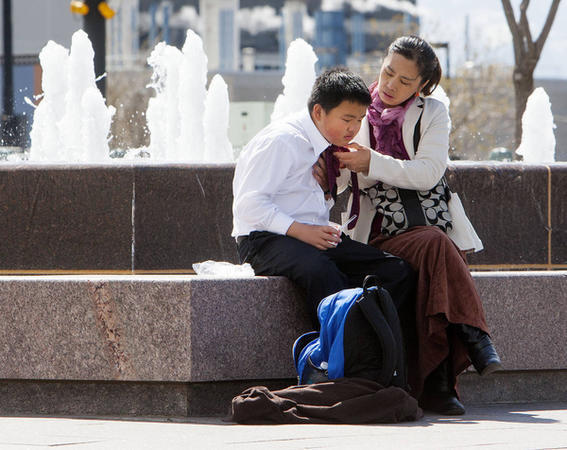 In honor of Mother’s Day, here is a collection of thoughts, stories, memories and tributes to mothers by leaders of The Church of Jesus Christ of Latter-day Saints.

President Gordon B. Hinckley, who served as president of the church from 1995 until his death in 2008, credits his mother for taking care of him as a sickly child, for reading him stories from the scriptures and for teaching him to always do his best and be a leader.

When the junior high school was unable to accommodate a large number of students, his seventh-grade class was sent back to the elementary school. Young Gordon and his friends were upset by the news and decided to skip school the next day.

When it was discovered what they had done, his mother, Ada Hinckley, was sorely disappointed. In a note to the principal, she asked that Gordon's absence be excused because "His action was simply an impulse to follow the crowd."

"I have never forgotten my mother’s note. Though I had been an active party to the action we had taken, I resolved then and there that I would never do anything on the basis of simply following the crowd. I determined then and there that I would make my own decisions on the basis of their merits and my standards and not be pushed in one direction or another by those around me," President Hinckley wrote years later (see "Presidents of the Church Student Manual" on lds.org).